The Rolling Wave on RTÉ Radio 1 commissioned ten traditional music composers to write a new tune during lockdown. Listen to the second five compositions above, and find out more below...

When the initial raw shock of the Covid-19 crisis had passed in early April and with everyone largely confined to their homes, The Rolling Wave was conscious that musicians suddenly found themselves silenced and without access to their usual creative outlets.

Gigs, tours, festivals, and albums launches had all been cancelled indefinitely and there was a great deal of anxiety and uncertainty in the air. Faoiseamh was developed in order to provide an opportunity for traditional musicians and composers to create a musical record of this time.

We need your consent to load this rte-player contentWe use rte-player to manage extra content that can set cookies on your device and collect data about your activity. Please review their details and accept them to load the content.Manage Preferences
Listen back to the first five pieces

Ten traditional music composers were commissioned to write a new piece of music reflecting the recent period of lockdown. The project was called Faoiseamh because it describes the solace music has given to so many people in recent months.

Faoiseamh was further supported by the Irish Traditional Music Archive which will be adding all of the new pieces to ITMA’s tune resource, Port. In September, recordings and transcriptions of all of the tunes will be presented on Port and will be freely available to all, and to compliment this a final playlist of all of the compositions will then be published on RTÉ Culture.

In the broadcasts on The Rolling Wave, all ten compositions are accompanied by a short interview with each composers where they talk about their approach to composition and their own experiences of lockdown.

The new compositions were premiered over two programmes on The Rolling Wave, which you can listen back to here.

The Rolling Wave is produced and presented by Aoife Nic Cormaic - listen back here. 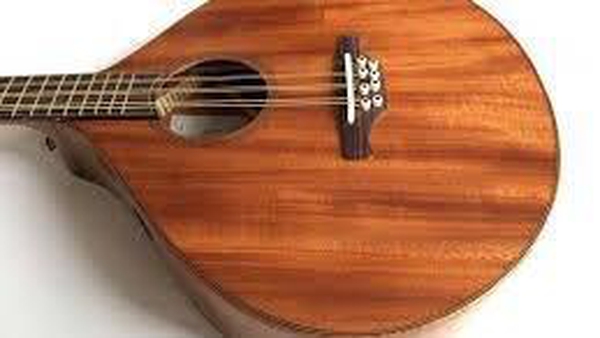