Playwright Peter Daly writes for Culture about Four Days In July, his contribution to the Druid Debuts series, which takes place online throughout July via Zoom.

About six years ago, in nerdy preparation for a trip to New York, I stumbled across New York – A Documentary Film on YouTube.

This 8 part documentary, by filmmaker Ric Burns, takes you from the moment - in 1609 - when Henry Hudson, looking for China, stumbles across the island of Manhattan, to the aftermath of the planes crashing into the Twin Towers.

The second episode of this epic programme is largely taken up with that righteous struggle - the American Civil War. I was proud to hear of the 180,000 Irishmen who had fought on the anti-slavery Union side. Towards the end of the episode, the ominous music I had grown familiar with kicked in. I wondered if we were about to hear of some battle gone wrong. Or perhaps we would detour from the war, and hear about another terrible accident in the increasingly industrialised city. But it wasn't either of these things. It was a story about the Irish.

The next ten minutes or so chilled me to my bone. It described one of the most significant events involving Irish emigrants in America since we started to take refuge there. It took place over four very hot days in July of 1863. It is shocking, unimaginable and disgusting. And I was pretty sure I had never heard of it before. I paused the film and wracked my brain; nothing.

It stayed with me for the next few years. I thought about it often. I wondered could I write something. But how do you even begin telling a story like this?

I have been an actor for twenty years now. I have been in a lot of rehearsals rooms where artists work together to tell a story. I have had the pleasure of working with people who are articulate, empathetic, compassionate, resourceful, well researched and well prepared. And I have worked with other people too.

I feel on safe ground to say that we have all said the wrong thing at one stage or another. Or used language that was once considered acceptable, but through education and understanding, we now know is not.

I started putting people from both camps above, into a room together; a workshop setting, to explore this horrific true event from Irish American history.

Ok. I haven’t mentioned an important element of this story yet. This horrific true event from Irish American history is one of the most brutal stories of racial violence I know of. The racism was directed towards African Americans living in New York at the time. And it was perpetrated by Irish emigrants. Our forebearers.

So it was essential to have people of colour, and in particular black people, in the fictional workshop exploring this story.

And I found that this raised issues about story ownership, and whether it’s ok to use contemporaneous language in the telling of this story, as well as many other questions.

Another element of the telling of this particular story comes from me as a person. I am drawn to humour and comedy. Both in performance and in life.

But this story is not a comedy. How could it be?

But as I started writing, humour, dark humour started to emerge.

I feel on safe ground to say that we have all said the wrong thing at one stage or another. Or used language that was once considered acceptable, but through education and understanding, we now know is not. I’ll go so far as to say we have all, at one stage, thought the wrong thing, until we learned it was wrong - by unlearning what we had been told previously. I hope that there is the humour of recognition at the awkwardness that arises as these characters attempt to tell this story together. I know also that at a certain point, in a story as serious as this, that the time for humour is well over.

Druid have picked this play as one of their Druid Debut readings this year. It will be directed by acclaimed actor and director Aaron Monaghan, and read – on Zoom - by eight incredibly talented actors, on 16th July. The play is in very good hands.

That a play about racial violence is being read at this time feels important. That it is happening on 16th July – the date of the last day of the actual events in 1863 - is a coincidence...

I’m sure. What happens after the reading on 16th July is anyone’s guess. But there is a bit towards the end of the play where Alison, the representative of the theatre company who has funded the development, is thanking the actors, director and stage manager, and she finishes up by saying "You never know where these things are going to go, and what is going to work out. But we feel there’s a story here worth telling."

That’s how I feel too.

Druid Debuts Online 2020, featuring 4 rehearsed readings, will be live-streamed via Zoom every Thursday from 2-23 July 2020 - find out more here. 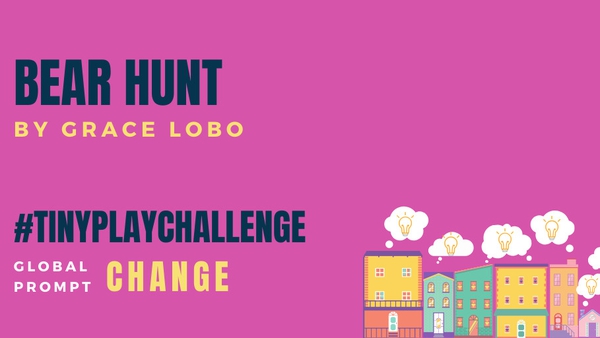