Today, meet trumpet player Shaun Hooke - listen to Shaun's playlist now, via Spotify, and read more about his picks below...

I grew up in Leicestershire, in the midlands of England. Much of the county is very rural, well known for rolling countryside, pork pies and fox hunting. The area of the county I am from, however, is better known for stone and coal mining. And with mining comes brass bands. I joined Enderby Band at the age of around seven. In the 1930s the band was a champion brass band in the area, but it went through hard times, and when I joined it had only recently reformed and had very few players. Resurgam is a challenging piece, really stretching even the top bands. One of my earliest performance memories is struggling through this at a concert in the village church, terrified that we wouldn't get through it without stopping. When I listen to this it reminds me of starting off on my musical journey, and brings to mind all the many good friends I made growing up in the brass band family.

I was very fortunate that Leicestershire offered free instrumental lessons to all who wished to learn, and had a thriving music service with many Saturday morning orchestras and wind bands. Competition, however, was fierce. For several years I auditioned in the hope of getting a place in one of the orchestras, but to no avail. Finally, at the age of 14 I made it. I was thrilled to be given 1st chair in the Intermediate Orchestra (third orchestra in the pecking order), and the Tritsch-Tratsch-Polka was the very first piece I got to play.

Bach – Credo, Mass in B minor

At 18, I went to Wadham College, Oxford to study Chemistry. Oxford is a big university, and it was very easy to be out playing the trumpet in a different ensemble every night of the week. I remember one tutorial with my Professor for Physical Chemistry where he banged on the table and shouted 'Think Hooke, think . . . If you spent more time in the Chemistry Department and less time in the Music Department . . .’ And so to one evening rehearsal in the Music Department with a chamber orchestra getting ready for a performance of Bach’s B minor mass. I had never heard of it. What an eye-opener. It was all so wonderful, I had never experienced anything like it before. I believe it’s here that my lifelong love of Early Music began.

I’ve chosen a second piece from my university days because I simply couldn’t leave this work out. I played regularly with the Oxford University Orchestra, and was very disappointed to be handed the 2nd trumpet part to Strauss’s Four Last Songs. Just a few long notes here and there, very little to play. Seemed hardly worth turning up once a week to snooze through that. How wrong I was! Once it was underway I was spellbound by its incredible beauty. This is the music I turn to when I need some time alone. Lights dimmed, glass of good whiskey, no distractions.

Twenty years ago I received a call whilst out shopping. It was from the General Manager of the RTÉ Concert Orchestra offering me the job of Principal Trumpet. I think I dropped my shopping and said ‘Yes, but I can’t start till Monday.’ It has, of course, been a life-changing experience with innumerable musical highlights. It may seem odd but the one I wish to share doesn’t involve the trumpet section at all. The orchestra was playing for an international singing competition, and the trumpets didn’t have a great deal to do. Oftentimes if we have a tacet, we slope out the back of the studio and put our feet up and have a chat, but on this occasion, I stayed in the studio to listen. A young French girl sang Remember Me from Purcell’s Dido and Aeneas. I was completely overcome by the beautiful simplicity of the piece and her sensitive interpretation of it.

Bill Chase – Get It On

Being an orchestral musician has its challenges, but without doubt, the route to getting the job is a much more difficult road than your journey once appointed. In the years directly before I came to Ireland I was struggling to pay the bills (still am!) by gigging (anything) and teaching (trumpet and chemistry). I was living and working in Birmingham, but also teaching in Oxford and performing in London. Driving at least 700 miles a week I was very grateful to a tuba-playing friend of mine who let me crash at his place several times a week in Oxford to enable me to cut down my travelling. It was he who introduced me to the great Bill Chase. Bill had his career as a lead trumpet in the big bands but by the early ’70s he had formed his own band with a fusion of Jazz and Rock styles. The group Chase unfortunately only made three albums as sadly Bill and some of the band members were killed in a plane crash in August 1974. I love every last track he recorded but have chosen Get It On because of the amazingly stylish vocals and groovy Hammond organ, as well as the sensational cascading trumpet passages. This one is what I want at my funeral. Dancing in the aisles obligatory! 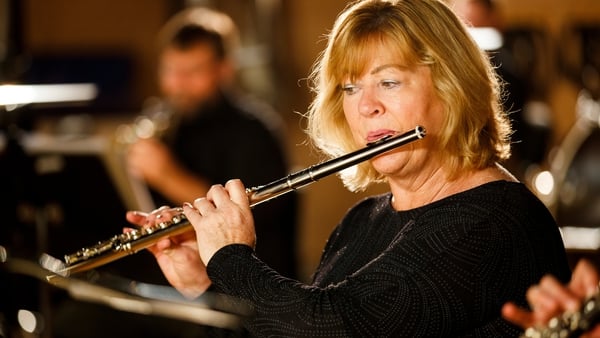