Today, meet principal clarinet Michael Seaver - listen to Michael's playlist now, via Spotify, and read more about his picks below...

More recent recordings are faithful to Mozart's original scoring for basset clarinet (a clarinet with an extended bass range), but there is something comfortingly old-fashioned in this version by Karl Leister. It was also one of the first LPs that my pocket money bought in McCullough Pigott’s in Suffolk Street, Dublin.

Another old-school recording, this time from Alfred Boskovsky and members of the Vienna Octet. The playing is always intimate, with a muted glow of warm sepia and beautifully natural phrasing.

'If you want to learn how to phrase musically, then listen to Ella Fitzgerald.’ True, but seldom has she reveled in words as in this version of ’S Wonderful, with Nelson Riddle’s fantastic arrangement. Just listen to how she enjoys singing ‘S’Ex- S’eptional!’

Nina Simone – I Loves You, Porgy

Nina Simone’s voice is probably best remembered as proudly political, but could also be quietly intimate. Recorded many times, this 1957 version of I Loves You, Porgy is delicate, with vulnerability and fragility in her voice and piano touch. Heartbreaking.

The Lark in the Clear Air

RTÉ Radio provided many sounds of my childhood. Sunday mornings meant Ciarán Mac Mathúna’s Mo Cheol Thú with its theme music The Lark in the Clear Air. An Chúileann was my father’s favourite Irish melody, but this is mine.

I played the Irish premiere of New York Counterpoint in 1989 with dancers in the old ramshackle Project Arts Centre. It has served me well since, regularly dusted down for concerts. Sometimes played over-mechanically, this hard-to-find version by Richard Stoltzman, who commissioned it, has a nice bit of New York swagger.

With text mainly from Beckett’s The Unnamable, this wild kaleidoscope of words and music felt riotous when I first heard it. Driven by late-1960s social anger, it is also deeply philosophical about past and present. Berio later added another movement, but I’m still drawn to this early version with the Swingle Singers. For an added visual effect look at this of-its-time video by Simon Rattle, who conducted a performance with the Berlin Philharmonic on March 12 to an empty hall.

A classic in instrumental hip-hop, this entirely sample-based album trawls wide through music, films and interviews, but is still cohesive, warm and technically virtuosic. One of the tracks – Stem / Long Stem – will be recognisable from the Guinness ad with the twins and the falling water tower...

Find out more about the RTÉ Concert Orchestra here. 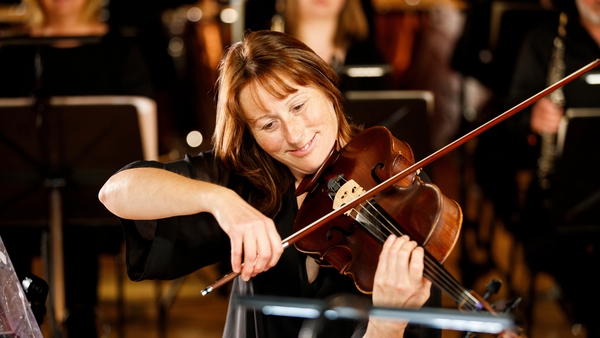