We're delighted to present an extract from Below a Big Blue Sky, the new novel from bestselling author Anna McPartlin, author of Pack Up The Moon and The Last Days of Rabbit Hayes.

Below a Big Blue Sky will make you laugh, cry and shout with joy for the colourful, unruly Hayes family as they battle with the loss of their beloved Rabbit, the daughter, mother, sister and friend, who in her own crazy way taught each of them how to live, and goes on showing them how to love from beyond the grave...

Outside the birds were singing. Inside the small, overcrowded, slightly pungent hospice bedroom Molly Hayes was holding her daughter's hand in hers. Light streamed through the window opposite, warming Molly’s face and hurting her tired eyes. Despite ever-encroaching exhaustion she remained awake, eyes wide open and staring at her oncebeautiful child now an unrecognisable, bloated, wretched being, battling to breathe. Scattered around her and sleeping on chairs were the rest of Molly’s family. Her husband, Jack, sitting upright, hands clasped, his chin resting on his chest and head occasionally bobbing like a comatose man on a train. His low, rolling snores providing the soundtrack to Rabbit’s departure from earth. Molly’s son Davey rested against the wall, his sister Grace using his shoulder as a pointed pillow. Their breathing in contrast to their dying baby sister’s, slow and steady. Rabbit’s best friend Marjorie lay on the floor, her rolled-up jacket between her head and a cold hard tile. She made very little sound, maybe even none at all.

Molly maintained a calm facade. She knew death was imminent. She was one hundred per cent aware that any second now, Rabbit would leave and never return. I love ya, Rabbit. I love ya. I love ya so much. Your mammy loves ya. Then out of nowhere Rabbit found that last burst of strength and gripped Molly’s hand, frightening the living shite out of her. She levitated off the chair. 'Frigging f**kersticks,’ she mumbled under her breath and, her hand on her heart, she briefly considered whether or not her youngest was trying to take her with her. When her heart resumed its normal rhythm she steadied herself and leaned in towards her dying daughter. ‘Rabbit?’ she whispered. ‘Are you still with me, love?’ ‘

Have to catch the van, Ma,’ Rabbit said, and Molly felt her soul shatter. This is it. Her eyes filled, nose blocked, ears buzzed, throat burned. ‘Safe trip, Rabbit,’ she said. One moment later, her child’s grip loosened and she was gone. Molly sat in silence; she didn’t cry out or scream or even whisper to her family to wake up. She didn’t press the buzzer to alert the nurses or move to the hallway to tell the first passerby. Instead she sat perfectly still. Outside on the windowsill a bird twittered. Inside and just underneath that window, the heater hummed. A spider tootled across the window before jumping onto the wall. Molly sat up straight, her head and spine perfectly aligned, caressing her daughter’s head. At the tender age of forty, Rabbit Hayes was dead. Molly’s youngest and bravest child was dead. Her legs didn’t move, not even a muscle. She returned to holding Rabbit’s hand, waiting for it to cool and stiffen. The clock on the wall read 5.23 a.m. when Rabbit spoke of getting into the van. She repeated 5.23 over and over in her head. It was important to remember the time of death and the date. The twenty-eighth of April 2014. Oh, and the weather. She knew the weather would be important to Rabbit. It was warm and bright but the sun was accompanied by an almost imperceptible, hazy rain.

Davey was the first to wake. He sensed immediately that Rabbit was gone. He sat up slowly and stared at his rigid mother.

But Molly was somewhere else. He nudged Grace, who woke with a start. ‘I’m up, just sort the lunches,’ she half shouted before absent-mindedly rubbing dribble from her chin and blinking to calibrate her blurred vision. Then it dawned on her, s**t, I’m not home. This is no ordinary day. Rabbit’s corpse came into sharp focus. Oh no.

‘She’s gone,’ Davey said, and Grace was on her feet and immediately crying.

‘Oh no, Rabbit!’ It was strange because she couldn’t quite believe or accept it, even though Rabbit had been riddled with cancer and was dying for days. It seemed impossible. There was stone where there had been a person – more than a person, her sister and friend. ‘Oh no,’ she cried and struggled to swallow wave after wave of newly formed snot. Rabbit’s best friend in the world, Marjorie, sat up leaning against the wall, her back straight and hot tears pouring from her wide eyes. Jack came round slowly. He heard of his daughter’s death before he saw it. He stood up, straightened his clothes and walked over to his wife. He placed his hand on her shoulder. She was so still and quiet, possibly the most still and quiet she had been in his fi fty years of knowing and loving her. He then moved in and took Rabbit in his arms.

He held her tight and kissed her ear. ‘There’s no pain now,’ he said, tears flowing freely. ‘At least not for you, my baby girl.’

He reached out for Molly’s hand; she grabbed it.

‘I can’t lose you too, Molly,’ he said, holding onto Rabbit. ‘Don’t you leave me now,’ he warned, and Molly nodded.

‘On condition you stop rubbing snot on her f**kin’ corpse, Jack,’ Molly said, and he pulled back. ‘You’re right of course, love.’ He let Rabbit go. Molly smoothed down Rabbit’s crumpled, rumpled clothes.

‘You won’t leave me too, Molly?’ he insisted. It was preying on his mind, as his wife had been hospitalised following heart trouble that occurred while visiting Rabbit in the hospice two days previously. The only reason she wasn’t in a hospital bed herself was because she needed to be by her daughter’s side.

‘How could I? You’d be lost without me,’ she said, and she gave him a smile and a wink to let him know that despite a dead child and a dodgy ticker, she wasn’t going anywhere. But looking back, mentally and emotionally, she was already gone. 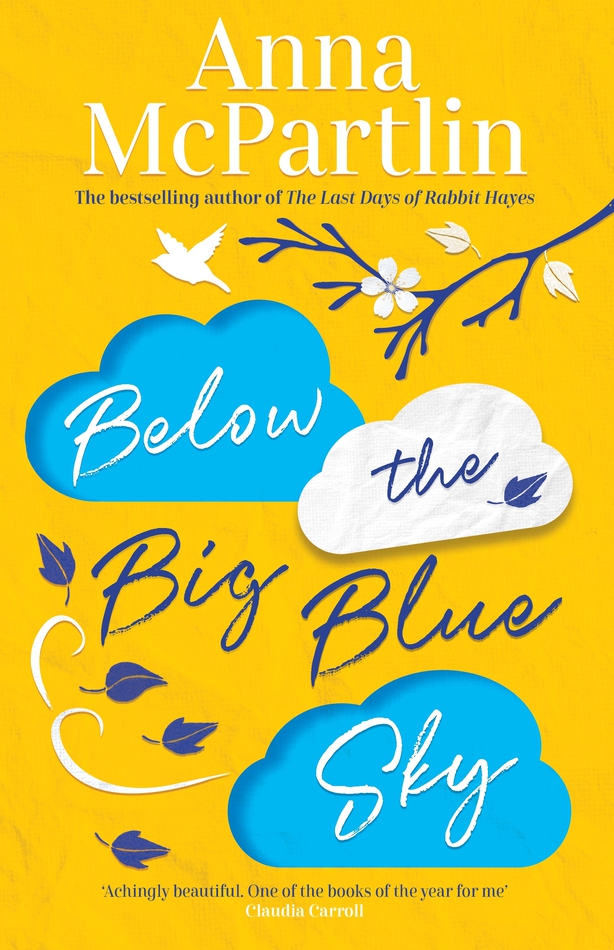 Below a Big Blue Sky by Anna McPartlin (published by Zaffre) is in bookshops now. 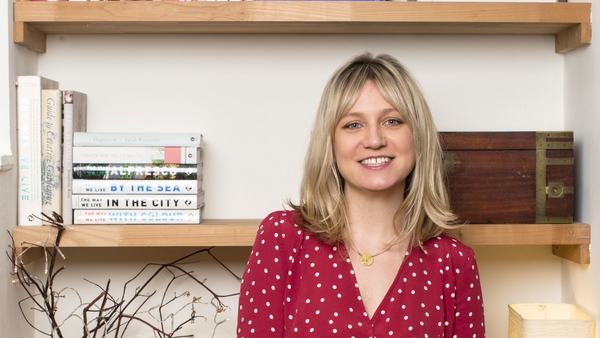 How To Fall Apart by Liadán Hynes - read an extract