We're delighted to present an extract from You Versus You, the new book by Adam Corcoran.

Let's face it: Life hits hard. Empowering yourself to succeed feels like a never ending battle. But you don’t have to fight it alone. Now there’s a book that will help you beat the toughest opponent you’ll ever face…Yourself.You vs You examines the triumphs of warriors throughout history, and shows how a 'Martial Arts Mindset' can help you achieve success in all areas of life. From MMA fighters and Olympic champions to the ancient order of the Samurai, this book will show you how to come out swinging, and overcome your own personal hurdles...

In the final of the Rio Olympics, women's freestyle wrestling championships, 53kg category, Helen Maroulis stepped onto the mat and locked eyes with Saori Yoshida. Yoshida, at the time, was the most decorated freestyle wrestler in the history of women’s wrestling, winning every major tournament since 1998. These included three Olympic games, four Asian games, and thirteen world championships.

In that moment of eye contact before the bell rang, Maroulis was most likely confronting an unfortunate truth: Yoshida held the competitive record of eighty-nine wins and zero losses. Just imagine for a second what it must have been like for Maroulis to walk out on that wrestling mat in Brazil. She was merely an "up and coming talent." It was an exciting title, but it didn’t necessarily suggest her skill and power had reached full potential. She was simply on track to, one day, possibly, make a name for herself in the world of women’s freestyle wrestling.

Yet… Maroulis went onto win the match.

Afterwards, Maroulis admitted just how petrified she was. Her explanation was an uncommon, honest look into the mind of an outmatched fighter. She let her mental shields down, and invited us into a more intimate understanding of what she was going through, without the public relations spin.

"I’m afraid. Like, of everything. Afraid of the dark. Afraid of people looking at me. Afraid of being home alone. Afraid of not being enough. Afraid of my fear. Afraid of your impression of me after you read about my fear."

Despite assessing herself as having the constitution of a church mouse, when Maroulis stepped away from the mat that day, she did so as the proud victor in her match against Sauri Yoshida. She was the first American to capture the gold medal in women’s wrestling. The victory was not a fluke. Just one year later, she went on to win the 2017 world championship.

But she’s afraid of everything, right? She said so herself.

There’s something different about Maroulis’ approach to the problem, isn’t there? The most important thing is that she acknowledged her fear. Cladding yourself in thick, mental armour and charging headlong into combat with your anxiety is one approach. It’s a good approach, but not the only option. Maroulis found a way to go into that same conflict of the mind unburdened by armour. She simply didn’t let her fear stop her from doing what she wanted.

What do I mean when I say she was unburdened by armour? In her words: "When I pretended to be fearless, I learned I was closing myself off to my creative side. For me, the mat is my canvas. Without fear, there is no courage, and without courage, there is no creativity. Without any of those, being on the mat just doesn’t work."

When we look at something from a fresh angle and break it down, it loses power over us. Perspective is everything. Fear distracts, debilitates and discourages us. Maroulis knew this, and she was able to use the power of perspective to defeat it. It wasn’t some kind of rushing current that she had to fight against. It wasn’t an impossible hill that she had to climb. Maroulis simply accepted the existence of her fear, admitted that it contributed to the shape of her world, and worked within those new confines. She and her fear coexisted, somewhat peacefully, (even though wrestling isn’t the most serene of sports.) 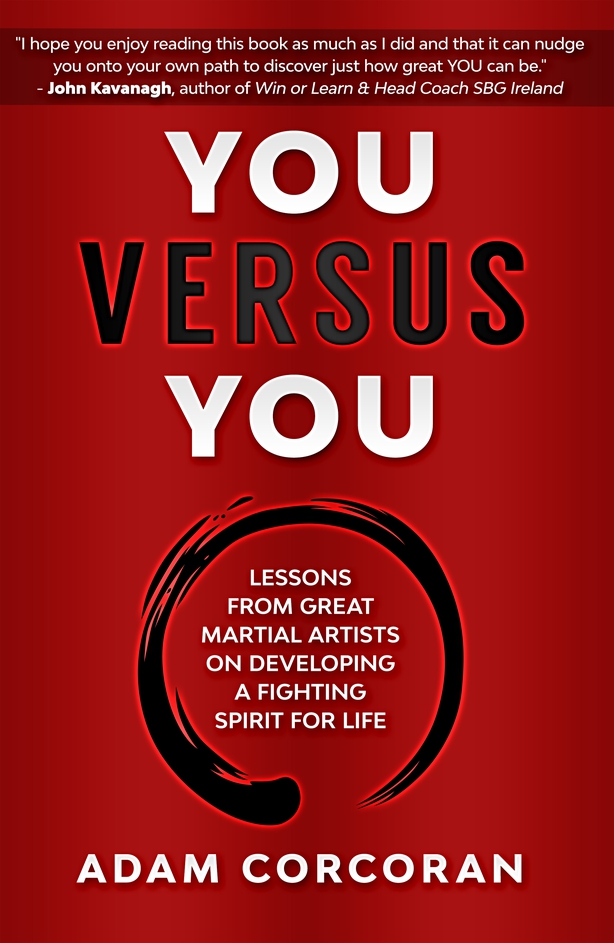 In life, we often choose the more complicated explanation over the simple one, but this can really hold us back. We are fearful of life’s problems just because it's our perspective that's warped. Remember, a simple shift in perspective can change our reaction entirely. The task, as Maroulis showed, is not to ignore fear. Take what you’re afraid of and break it apart. Become a surgeon. Dissect it. Understand it.

We, the human element, are what bring perspective into a situation. We can’t change the problems we bump up against; that part of the equation is set, but the power of perception can change the appearance of even our biggest problems. How we view those problems and what we tell ourselves they mean determines how daunting they will be to overcome. Maroulis knew this. She made fear a part of her story.

If our perspective (head) is on point, then our actions (body) will follow suit.

How we conquer fear is how we conquer all negativity. We have this picture in our heads that all winners or successful people are fearless, but it’s simply not the case. So, go ahead, admit you’re afraid. Let that admission bring you the freedom to go out and do what you want to do.

You Versus You by Adam Corcoran is available now from Amazon - find out more here. 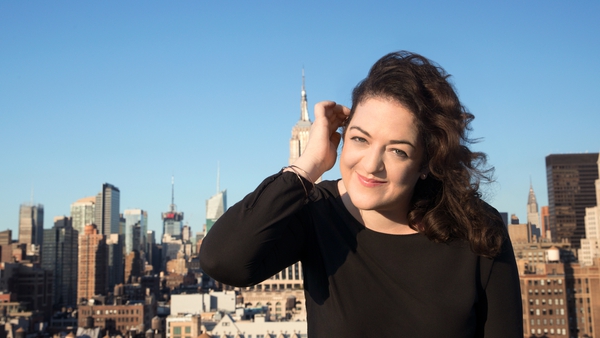 Maeve In America by Maeve Higgins - read an extract