'When we left her Montessori on Thursday 12 March, we didn't know that she wouldn't be going back...' Rachel Walsh writes for Culture about life during Covid-19, and its impact on her two young children, aged eight and four.

Anyone who has ever witnessed Frozen's Let It Go being sung as a weapon against an older brother might understand what locking two young siblings up together can be like.

The hardest part of this staying away, social distancing and lockdown period has to be watching the effects it has on the children's psyches. 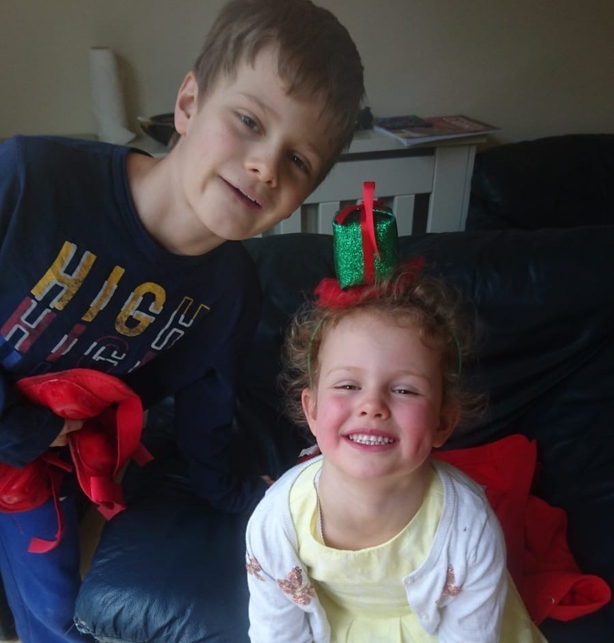 Eight-and-a-half is quieter about his feelings of social deprivation and peer loss, but four-year is a highly sociable, chatty type who found the abrupt ending of her structure - which includes her cosy Montessori and friends she’s known for most of her little life - very shocking.

When we left her Montessori on Thursday 12 March, we didn't know that she wouldn't be going back.

On Friday the 13th I explained that all the schools and Montessoris had to close and we had to do our Montessori work at home.

For someone who bounced in every morning so full of excitement about the day ahead and seeing her friends, this came as a big shock.

I kept the explanation simple: "We have to stay at home so everyone can be well. It's called the coronavirus. Our President and Taoiseach have asked for your help."

For a little girl so full of chat and fun, she had never shown anxiety before. All that week she was jumpy, scared and worried.

She couldn’t believe that she wouldn’t see her friends. It just didn’t make any sense to her. That day she was quieter than usual and did a lot of arts and crafts and playing at home.

Over the weekend she asked us a lot of questions. When she realised she still wasn’t going back in on the Monday, the tears and shouting began. I tried to comfort her.

She became very anxious that week. One day she was scared all day, kept running to me, hugging my legs. If I left the room she ran after me. If I was downstairs I’d hear her worried little voice calling me. 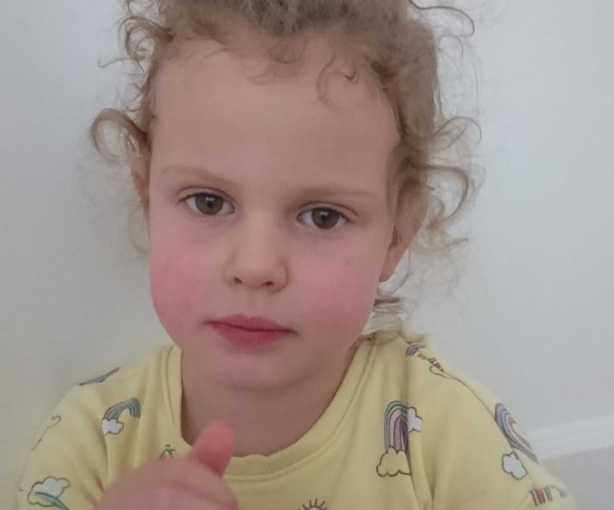 For a little girl so full of chat and fun, she had never shown anxiety before. All that week she was jumpy, scared and worried. The second week she started having nightmares, again very uncharacteristically.

They would wake her up and she started running into us at all hours. Sometimes she’d have more than one a night. They were mainly about things with eyes. We wrote them all down and her friendly 'worry monster' ate them all up but she kept having nightmares.

We tried putting the nightmares in bubbles and floating them away and bursting them. Then it became the same recurring nightmare. We have not had a full night’s sleep in some weeks. She could burst in at any hour and last week she came in earlier and earlier, any time from 11 pm on.

We have tried all combinations of sleeping arrangements, but as she trashes around like she's swimming across the bed in her sleep, it’s impossible to accommodate all three of us in one bed. I sneak off to her bed and then she comes in an hour later around 4 am and wakes me up.

Needless to say, we are all a little frayed around the edges, to put it mildly.

Seeing her so anxious and scared is upsetting. She was playing outside today and out of nowhere she sang a scary little song: "If you get the coronavirus you’ll die, die die."

We were shocked. We haven’t exposed her to any of the scary stuff, to anything about how people are dying, nothing like that. We've only said it could make you very sick.

We made a game out of keeping your social distance. She would get points for each time she gave someone a distance of two metres. We tried to keep it fun and light.

He is like a pale grumpy little vampire during the day, moaning about any task we ask of him: homework, football, going outside.

In the first two weeks we got out to places - the park, the beach - but it became very stressful with social distancing and touching things. I’d worry about tree branches and hills they’d be scrambling up; it was all very surreal.

After a week, eight-and-a-half blurts out: "I hate the coronavirus, I miss my friends, and playdates and football. It's not fair."

He has buried himself so deep in Star Wars and the ways of the Jedi, I have no idea how he’s going to reintegrate into ordinary non-Jedi society. 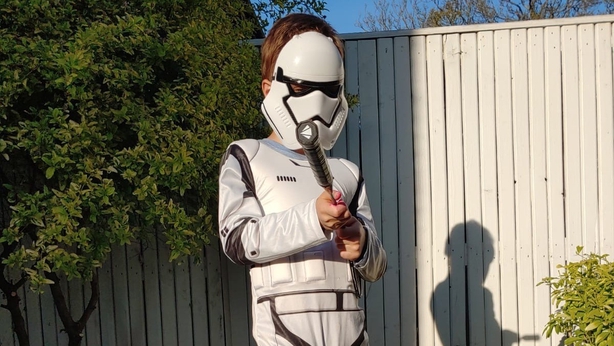 He's always found it hard to get to sleep, and would still be awake at 11 pm or 11.30 pm but now he’s stopped going to sleep at night altogether.

We’ve found him still awake at 1 am and even later. He is like a pale grumpy little vampire during the day, moaning about any task we ask of him: homework, football, going outside.

He has black circles under his eyes constantly. We bring him out to play football, we are lucky our estate has a nice green at the back we can play on, and even if he’s out for two hours running, practising skills, kicking etc, he still won’t get to sleep until all hours.

He is obsessed with his birthday, 19 May, and has a countdown chart very nicely illustrated with Star Wars characters. He is convinced he is going to have a great party with all his family there. He told me it's the only thing he has to look forward to. 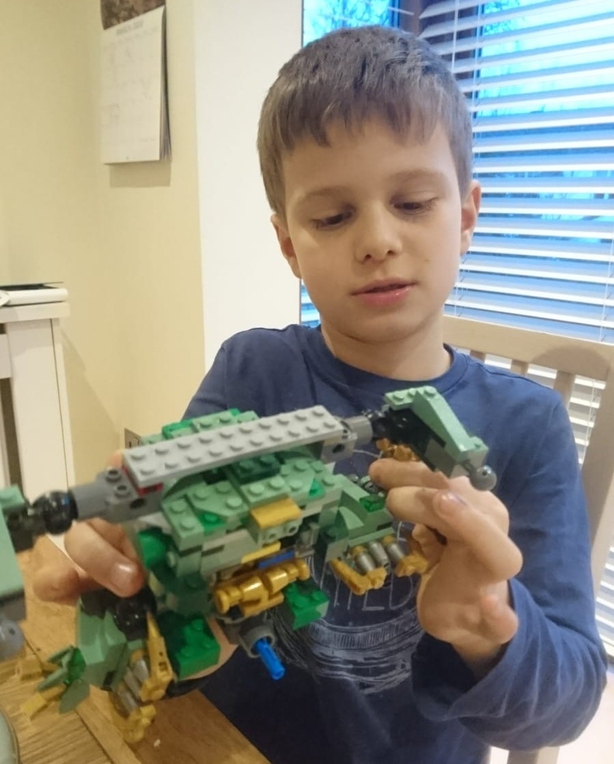 She is thinking very deeply about this. She has encountered death before in her family. She has one granny and asked me very directly one day if my parents were dead.

I felt it was better to tell her the truth and not leave her thinking they were somewhere else instead of reading her stories and making a fuss of her.

So she already knew about death but this situation has brought her face to face, not only with mortality but with her own death.

She is not overhearing us discussing mortality rates or being told facts by eight-and-a-half who is fairly oblivious to the finer points of this, except that he’s even admitted to missing school.

She asks us questions because every day of this lockdown isolation - no matter how many treats, video chats with friends and relatives and fun activities I’ve rolled out - reinforces that her life is completely different and we are all living in this shadow and fear of death.

Read more of our Postcards From Quarantine here.