We're delighted to present an extract from Testosterone, Dublin 8, the debut novel from Gerry Mullins, published by Liberties Press.

Jimmy is out of work having lost his job as a TV producer, and is broke. He meets with Hank Savage in a pub in Rialto, Dublin 8. Hank is a former druglord who has lost everything to the Criminal Assets Bureau. Jimmy has no experience in the drugs business, but he makes a proposition to Hank.

Jimmy got straight to the point: 'I want to go into business with you. The cocaine business.'

Hank fixed him with a stern look. ‘Are you bullshitting me? You?’

Jimmy continued: ‘If what I have read in the papers is even partly true, you are looking for ways to re-establish a foothold in the Dublin market. I can help. You source the product, and I’ll source customers.’

‘Is this some sort of a set-up?’ asked Hank, looking around the lounge. ‘Are you doing one of your television programmes?’

‘If I was, it would be entrapment, so it wouldn’t work,’ said Jimmy confidently.

‘I know nothing about this,’ said Hank, rising to his feet. ‘I have not taken part in this conversation.’ He started for the door. ‘Don’t follow me!’

Jimmy followed him, and caught him by the arm. ‘Look, if it makes you feel better, I will talk, and you only have to listen. There’s no law against listening. You don’t have to give me an answer tonight.’

Hank slowly returned to his seat, but didn’t say anything. Jimmy continued: ‘The Dublin coke market is – as it always has been – awash with crap. The coke is cut with novocaine, and baking soda, and speed, and all sorts of shite that you know more about than I ever will. In the short run, that’s good for profit, but in the long run, it damages the market. Bad coke is only good for students and young workers who don’t have much money. They just want to get off their heads. They don’t care much about what they’re taking, or where their buzz comes from.

‘This product is too unreliable for more mature users: the people who have proper money to spend. They can’t trust what they’re getting, so they stop using it, and revert to alcohol. They are lost to the coke market, and that’s bad for business. So, to borrow a phrase, bad coke drives out good coke.’
Hank remained unresponsive, but listened intently.

‘The papers say that, in your heyday, you had that lower end of the market cornered. And also the upper end of the market, where you presumably sold good-quality stuff to the pop stars and film stars, and anyone else who was your friend – or acquaintance.’

Hank smiled at this, as if reminiscing about the good days.

‘So here’s the challenge,’ said Jimmy. ‘The bottom end of the market is still being supplied; over-supplied. And so is the top end. But who’s tapping into the broad middle? Who’s supplying the people who can’t pay celebrity prices, but who are happy to pay a little bit more than students if the product is of a reasonably good quality? These are the people who can be regular and reliable customers, particularly in a growing economy. Particularly in a more urban and more international society, like the one we’re living in. Who’s going to supply this new Dublin?’

Hank still wouldn’t speak so Jimmy answered his own question: ‘I’ll supply this new Dublin. You source the product, and I’ll create the market.’
‘How?’ ventured Hank, breaking his silence.
‘I worked in TV and advertising for two decades. I know the market – personally.’
Hank shifted in his chair. ‘It wouldn’t work.’
‘Yes it would,’ said Jimmy.

Hank countered: ‘Your plan is to take premium product and sell it at half price. There’s no industry in the world that would do that.’
‘Every industry does it. It’s called market segmentation,’ said Jimmy sitting forward in his seat. ‘OK, let’s say you need a new white shirt. Where do you go to get it?’
Hank was unresponsive.
‘I’ll tell you where,’ said Jimmy. ‘You go to Brown Thomas. You pay €300. You get a nice white shirt: 100 percent cotton. Eight buttons up the front, single cuffs. Nice, huh? Like what you used to wear.’
Hank nodded.

‘Or you go to Penneys,’ said Jimmy. ‘You pay €30, and you get a nice white shirt: probably 60 percent cotton, plus a mix of other materials. But still eight buttons up the front, single cuffs. Nothing wrong with it – just not the same as the Brown Thomas one. Some people wouldn’t notice the difference.’
Hank agreed.

‘And that’s your two ends of the cocaine market: Brown Thomas and Penneys. In the past, you supplied both. But I’m saying there’s another part of the market.’
Hank raised an eyebrow, as if to say: ‘Tell me’.

Jimmy continued: ‘Why not get your shirt in Arnotts? It’s white. One hundred percent cotton, just like Brown Thomas. Not the same quality of cotton, and the stitching isn’t as good, but who would notice? It’s far better than what you’d get at Penneys; not quite as good as what you’d get at Brown Thomas, but good value for €120. That’s the middle market.’

Jimmy could see he was winning Hank over, so he pressed home his advantage. ‘Interestingly, Hank, all three shirts are probably made in the same factory – just like the coke. And here’s something else that might interest you: Brown Thomas, Penneys and Arnotts – they’re all owned by the same people.’
Hank sat silently, searching for a counter-argument, but none came to mind.

‘So in case I wasn’t clear,’ said Jimmy, ‘I’m talking about becoming the Arnotts of the coke business.’
‘I figured that part out myself,’ said Hank, eventually finding his voice. 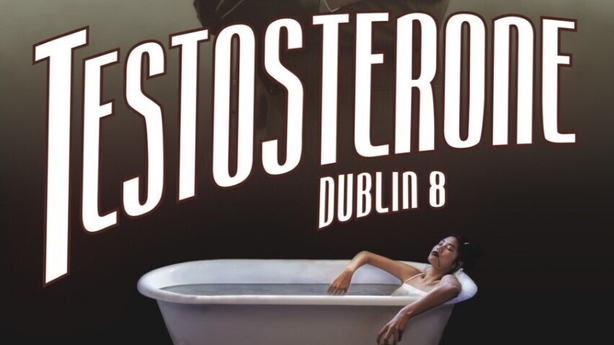 Aout The Author: Gerry Mullins is a former travel writer and editor of Backpacker Magazine. His previous books are Dublin Nazi No.1, a biography of the former Director of the National Museum of Ireland; and the bestselling Dorothea Lange’s Ireland.

Testosterone, Dublin 8, published by Liberties Press, is out now and available at www.libertiespress.com 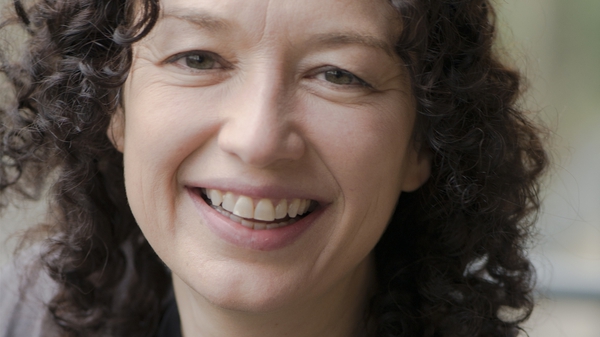 The Body Falls by Andrea Carter - read an extract