Netflix's Tiger King is the stranger-than-fiction series that everyone is talking about lately, and is undoubtedly one of the wackiest documentaries that most of us have seen...

The story of eccentric big cat breeder and zoo owner Joe Exotic and his arch-nemesis Carole Baskin has so many entertaining and downright bizarre twists and turns that we're bereft now that we've watched it (and exhausted the various bonkers theories and opinions instigated by it.)

The good news is that if you loved Tiger King, there are other documentaries available on Netflix to sate your appetite for off-the-wall stories that take you to unexpected places.

Here are five of them...

Warning: not only is this documentary bonkers, it's also pretty disturbing in parts – so if you're squeamish in any way, or scare easily, don't watch it with the lights off. It tells the story of a Basic Instinct-obsessed psychopath who leads a group of amateur internet sleuths on a wild goose chase after uploading videos of himself torturing and killing cats (hence the title). Needless to say, things gets pretty intense and downright frightening as their net closes in on him. An unsettling yet thoroughly gripping watch.

This 2018 documentary is so hard to get your head 'round that you'll spend weeks, if not months thinking about it. It tells the story of Bobby, Eddy and David; three identical triplets who were separated and adopted by different families when they were six months old. All three grew up not knowing that they were a triplet – and when they coincidentally meet at the age of 19 and the truth of how and why they were separated comes to light, it will leave you reeling.

If you loved the sheer number of 'WTF' moments in Tiger King, this documentary will be right up your street. It's so mind-bogglingly, shout-at-the-telly bizarre that you're left with one simple question: how? It tells the story of Jan Broberg, a young girl from Idaho who was kidnapped by family friend Robert Berchtold at the age of 12. Sounds quite traumatic, right? Until it happens again when she's 14 – by the same perpetrator. There's also one particular twist that had everyone shouting 'WHAT?!' that is worth watching for alone.

Imagine, for a second, the scenes that might play out if a mystical foreign cult started buying up properties and pervading a rural town in say, the likes of Cavan. It wouldn't end well, would it? That's what happened in the 1980s, when Indian guru Bhagwan Shree Rajneesh and his followers settled en masse in the town of Antelope, Oregon. Implanting themselves on the town's council, they butted heads with locals in a major way, leading to bizarre twists of a criminal nature. You'll say the phrase 'that escalated quickly' out loud multiple times throughout this six-part series.

If you've ever been to a festival that you've thought was a bit of a shambles in terms of organisation – not enough portaloos, beer not cold enough, mile-long queues at the ATM - this will put things in perspective. Chris Smith's film documents the disastrous Fyre festival, a 'luxury' music event that was supposed to take place on a Caribbean island in 2017. The scale of the organisers' ineptitude cannot be underestimated: this was a fascinating exercise in prioritising image above logistics. It's also incredibly entertaining, and by the end you'll be pining for the heady days of queuing for soggy chips in the rain at Oxegen. 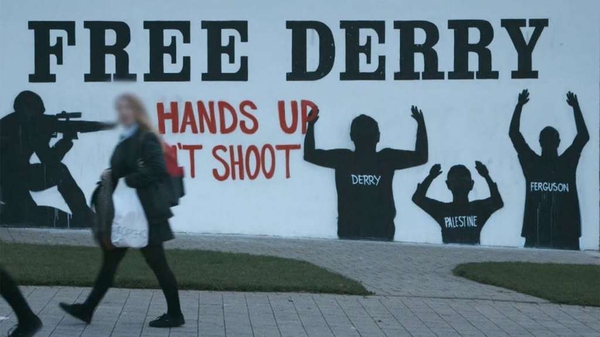 What makes a mother bring her son to be shot? Film