We're delighted to present an extract from The Body Falls, the new thriller by Andrea Carter, the acclaimed creator of the Inishowen Mysteries.

April in Florida and Ben O'Keeffe is enjoying balmy temperatures, working the last few days of a six-month stint with her old law firm. A week later she returns to Glendara, Inishowen where a charity cycle race is taking place. But it starts to rain, causing the cyclists to postpone the start of their event and stay overnight in the town. But the rain doesn’t stop; it increases to become relentless, torrential. In the middle of the night Sergeant Tom Molloy is called out to Mamore Gap, where a body, dislodged from a high bank by the heavy rain, has fallen onto the vet’s jeep. It is identified as Bob Jameson, a well-known local charities boss, and the organiser of the cycling event. Stunned, the GP confirms that the man has suffered a snakebite. Terrible weather persists and soon bridges are down and roads are impassable. Glendara is completely cut off, with a killer at the heart of the community. Who is responsible for Bob Jameson’s death? One of the strangers in town or someone closer to home? It’s left to Molloy, with Ben’s assistance, to find out what is going on...

Read the first chapter below...

I stretched my arms above my head, stood up, and taking my coffee with me walked from my desk to the window, if you could call floor-to-ceiling glass a window. It was still early, pink and grey streaks the only traces of a sunrise that had been spectacular earlier on. I gazed out over the city, my eyes moving from downtown on the left, with its mix of high- and low-rise buildings: Morgan Stanley Chase, Bank of America and the Art Ovation Hotel, to the right where I caught a glimpse of the marina with its perfect white yachts moored in gentle rows. The seafront was the pink and blue palette from Miami Vice, below, it was white and green, the green contributed by the ubiquitous Sarasota palm trees, lining the roads, nestling around buildings, lush in car parks.

Palm trees as ubiquitous as Starbucks. I took a sip from my coffee, a huge cardboard cup of the stuff from the café on the ground floor. I was getting a worrying taste for it. Tony from the Oak would be appalled.

I rested my forehead briefly on the glass. Eight o'clock and I’d been here an hour already. My ninth-floor office was in a prime spot. Blown away at first by the view, I couldn’t stop staring at the city and the water when I’d first arrived, but I’d soon become accustomed to it. Accustomed, also, to the early mornings.

Traffic was heavy, the morning rush hour kicking in properly now, although the triple glazing blocked out all sounds: the huge saloon cars and SUVs, the open-backed trucks with their monster wheels. Everything was super-size in America, not just the coffee. The temperature would be rising too, now that the sun was up – I could see traces of blue in the distance – although the air conditioning created enough of a chill for a suit jacket, blocking

Was that what I’d been doing for the past six months: blocking everything out? Running away to Florida? I’d worked hard, giving me little time to brood. If there was one thing this grudging Irishwoman admired about the Americans, it was that they put the hours in. Ten days holidays a year; the Irish would never stand for it! Nor would any of the other Europeans for that matter. But they got things done, the Americans, and they made money. This trip had been lucrative for me and I’d go home with a nice little nest egg.

When I’d been here ten years ago, I’d taken the Bar Exams, making it easy enough to return, and this time around I’d found the work absorbing. I’d been practising Elder Law, something that had always interested me but I’d never been able to specialise in. It was quiet work, meetings with clients were rare and regulated – unlike in Glendara where people called into the office 'on spec’ – and many of the clients had Irish roots, happy to hear an Irish accent to remind them of ‘home’. Plus, I had three support staff, unlike in Glendara, although Leah had often seemed like three people in one.

I rubbed the window with my sleeve, force of habit from Glendara where the central heating was usually on full blast, cold from outside fogging up the inside. Although we’d had an exceptional summer last year in more ways than one, with a heatwave bringing the highest temperatures for many years, two murders and a wedding. And a proposal.

I forced myself not to think about the last one. I wondered instead what the weather was like at home now, tried to remember how cold it usually was in April. But I dismissed the thought. I’d find out soon enough. I returned to my desk, threw the empty coffee cup in the bin and started to look through some papers. No time for daydreaming, I had work to finish.

I heard a knock and looked up. ‘Come in.’

A face appeared around the door. ‘Got a minute?’

I put down the Power of Attorney I’d been reading. ‘Of course.’

Mitch Stevens, tall, greying and handsome with a tanned face from sailing every weekend, strode into the room with a mock sad expression on his face. ‘Are you sure you need to go back? Can’t you just advertise your job, so you can stay here with us?’

I laughed. ‘It’s not a job, Mitch. It’s my practice. I own it and I’m responsible for it. I’m not an employee like I am here.’

He perched on the edge of my desk and crossed his arms. ‘Don’t you like being an employee?’

I couldn’t deny it had been nice for a while to not have to shoulder all the responsibility as I did in Glendara. The firm here had a mentoring system. You met with your mentor every couple of weeks: Mitch was mine. The same three questions were asked each time, cleverly formulated to weed out worries and ensure that employees weren’t carrying too much stress: Tell me something good, something bad and something really bad? It had certainly made a nice change to be able to share my work worries, but . . .

Over the past few months, I’d realised that might be my problem, needing to be in control. I’d always had difficulty sharing worries, until the day when I found someone I could do that with, a person I trusted completely: Molloy. Then he’d left. He’d had his reasons and eventually he had come back, but the vacuum he’d left behind had left me feeling vulnerable, as if I’d been leaning on a gate that collapsed under my weight. It made me unsure about leaning on that gate again when he’d asked me to marry him, out of the blue, with no warning whatsoever. Six months later that proposal still seemed like a crazy thing for him to have done. We hadn’t even been together at the time.

Mitch looked across at me and sighed theatrically. ‘Okay then. If you have to.’

‘I have to.’ I thought how amusing a city lawyer like Mitch Stevens would find my

gate imagery. I may have grown up in Dublin, but it seemed I was a country girl at heart.

‘What time is your flight in the morning?’ he asked.

‘You want to leave in the morning?’

He raised his eyebrows. ‘Lunch? A last supper so to speak?’ 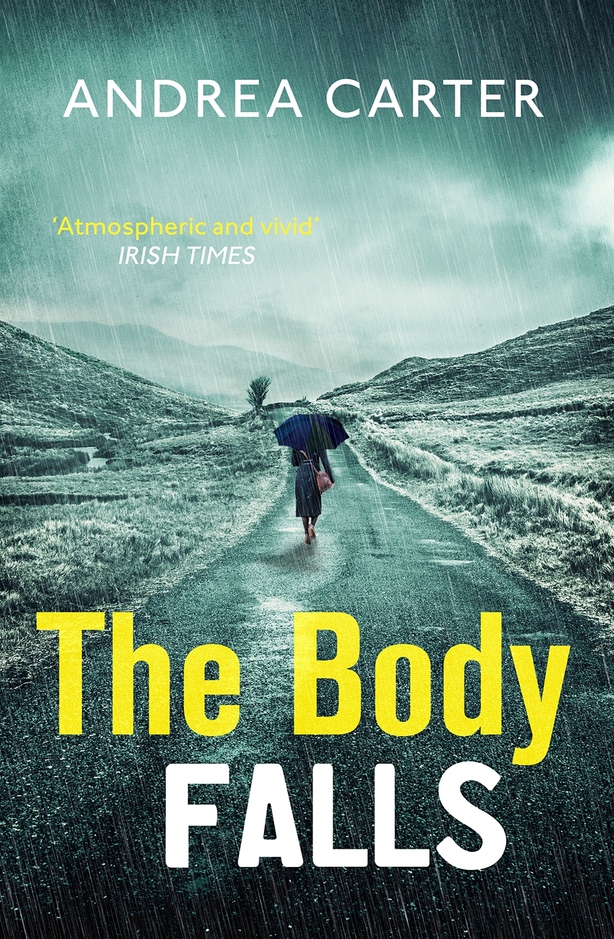 The Body Falls by Andrea Carter (published by Little, Brown) is out now.

A Sabbatical in Leipzig by Adrian Duncan - read an extract