These are strange times that we're living through, when scrolling through Twitter is more of a horror show than usual, and the evening news seems like it's being directed by Eli Roth. So with that in mind, why not watch a decent movie to escape the trials and tribulations of our current situation?

We're not talking about the likes of Contagion and Outbreak and Pandemic; they're way too masochistic and close to the bone for our liking. Instead, these five films – all themed around isolation, confinement and viruses – are entertaining, but also far-removed enough from reality (we hope) to provide a form of escapism.

Let's be honest: we're all feeling the strain of being cooped up with our families. However, at least we don't have strange people lurking outside at night and potentially dangerous uninvited guests commandeering our homes. That's the premise of this thriller, starring Joel Edgerton and Riley Keough. A virus (sorry about that) has swept the world and a man, his wife and his son are holed up in their secluded home in the woods. All is well until a stranger arrives seeking help – and before long, becoming ill is the least of their worries.

If you've read Richard Matheson's genre-defining 1954 novel of the same name (or seen either of its previous film adaptations, The Last Man on Earth and The Omega Man), you'll know the score. This 2007 adaptation turned his post-apocalyptic story into a Hollywood blockbuster, as Will Smith played the last living human negotiating a deserted New York City after humanity has been wiped out by a virus (don't mind that part, though). Oh, and there are very fast zombies after him, too. We don't have any of those. Yet.

Another big-budget adaptation of a novel (by Josh Malerman, and well worth reading), this is a post-apocalyptic thriller with a supernatural twist; no viruses involved, you'll be happy to hear. Earth has been decimated by sinister supernatural entities, who compel whoever looks at them to commit suicide. Having lived in isolation for many years, Sandra Bullock plays a woman forced to undertake a perilous journey with her two children – blindfolded – to safety. It's fast-paced, original and tense as hell.

The sci-fi and time travel element of Terry Gilliam's futuristic 1995 film offers just the right level of far-fetched escapism that we all need right now. True, the reason that humanity is living underground is because of – you guessed it – a deadly virus, but Bruce Willis plays a prisoner in 2035 who is sent back in time to 1996 to thwart the plans of the group who supposedly unleashed it upon Earth's population. It's a bit silly in parts, but it's also very enjoyable. And Brad Pitt, who scored an Oscar nomination for his role, gobbles up the scenery.

John Krasinski's directorial debut is to sound what the aforementioned Bird Box was to sight. Blind alien-like creatures roam the globe, attracted to their prey (i.e. humans) by noise. As you can imagine, that makes going about your business quite tricky – not to mention there's a newborn baby who cries a lot in the mix. One of the most suspenseful films we've seen in recent years, there's a real 'modern classic' feel to this film that places an emphasis on atmosphere over CGI and special effects. 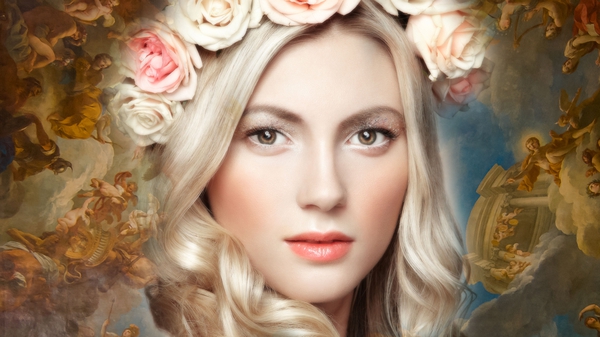