So, chances are you're not going anywhere anytime soon... Our advice? A spot of Culture goes a long way to helping with cabin fever. Below, you can find five choice cultural distractions for the days ahead...

Live from the National Opera House in Wexford, enjoy Wexford Festival Opera's 2019 production of Dorilla in Tempe' by Antonio Vivaldi. The first Baroque opera to be performed at WFO in over 30 years, Vivaldi's score, includes a reworking of part of the Spring movement from his celebrated The Four Seasons. It tells the story of the obstacles faced to the blissful union of Dorilla (a princess) and Elmiro (a shepherd), whose rival Nomio turns out to be the disguised god Apollo. Watch the stunning production below - and play loud:

LISTEN TO A PLAY

Drama On One on RTÉ Radio 1 has an extensive online archive featuring their productions of many of the most acclaimed Irish plays of recent years, along with a number of inspired originals - go here to sample a selection. Below, you can listen to Northern Lights by Stephen Jones, starring the author and Seana Kerslake, and directed by the late, great Karl Shiels:

On a rainy night in Dublin, Lloyd and Áine seek refuge in one another, both harbouring secrets and nurturing ghosts... separate on the surface but connected in the deep.

The Nobody Zone is the acclaimed new true crime podcast from the Documentary On One team on RTÉ Radio 1 - listen to the first episode below, and catch up with new episodes here.

In 1983, Irishman Kieran Patrick Kelly confessed to multiple murders. In this podcast series, we enter a dark world where killer and victims mask their identities and where evidence is as hard to find, as it is to trust.

HAVE A MINI FILM FESTIVAL

Many were left disappointed when this year's installment of South by Southwest festival, in Austin, Texas was canceled - the popular music and film event attracts a sizeable Irish contingent. The festival has put a playlist of the short films due to be premiered at this year's SXSW - watch them here. They include the brilliant documentary Broken Orchestra - watch below:

When the Philadelphia public-school system began losing almost all the funding for its music-education programs in 2007, thousands of instruments in need of repair were forced into retirement, and community members moved to action. In this triumphant new documentary by Charlie Tyrell, we are introduced to a few of the innovators, educators, volunteers, advocates, and musicians behind Symphony for a Broken Orchestra, a music and art project begun in 2017 that raised awareness for the issue,

How about a mega playlist compiled by Ruth Smith of RTÉ Radio 1's Simply Folk, containing a whopping 479 songs played on the show in 2019... Get you folk on below, via Spotify... 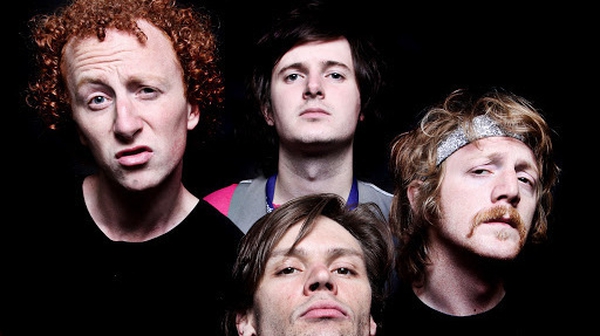