Finding a Voice, Clonmel's celebration of music by women composers, is back for its third year from Thursday 5th to Sunday 8th March 2020. Artistic director Róisín Maher introduces this year’s programme…

My sister Clíona and I co-founded Finding a Voice four years ago in our hometown of Clonmel to showcase music by women composers. So far, we’ve programmed music by more than fifty different women composers from the twelfth century to the present day and that number is set to grow again this year. It’s something I feel really passionate about – there’s so much amazing music by women out there that is not heard or played as often as it should be!

From the beginning, I’ve wanted the concerts to cover a range of musical eras and genres so it’s great that this year jazz and traditional music will be featuring for the first time. Our opening concert with the CSM Jazz Big Band will include music by Mary Lou Williams, one of the greatest jazz performers and composers, who played with people like Duke Ellington, Benny Goodman, and Thelonius Monk. Her music will appear alongside that of Christine Jensen and up-and-coming Irish composer Áine Delaney.

We’ll have two very special concerts on Friday 6th March with the RTÉ ConTempo Quartet and pianist Aileen Cahill. The lunchtime concert will feature music for viola and piano, played by Andreea Banciu and Aileen who perform Rebecca Clarke’s gorgeous Viola Sonata alongside works by Clara Schumann and Amy Beach. Clarke was a viola player herself – one of the first professional women musicians in Britain – and wrote beautifully for the instrument. That evening, we’ll hear more Amy Beach in the form of her wonderful Piano Quintet, as well as Fanny Mendelssohn’s romantic-era String Quartet and works by Irish composers Jane O’Leary and Deirdre McKay.

New York-based Irish pianist Isabelle O’Connell, who played in the very first series in 2017 and wowed audiences then, will return this year. For the Saturday lunchtime concert, she’ll be joined by the flautist Miriam Kaczor for a gorgeously varied programme of music, from early twentieth-century works by Lili Boulanger to Cuban-American Tania León’s Del Caribe Soy! Then that evening Isabelle will perform a solo concert of music by contemporary composers such as Missy Mazzoli and Mary Koumouymdjian, as well as the world premiere of a new work by Gráinne Mulvey.

We’ll have another premiere on Sunday 8th March (International Women’s Day), with the first performance of the winning piece from our competition for emerging composers. The composer and harpist Anne-Marie O’Farrell, who adjudicated the competition, will give a lunchtime concert of music for pedal and Irish harp, entitled Harp Galactique. Later that afternoon, the winner of the competition, Rose Connolly, will join multi-instrumentalist, singer and composer Imogen Gunner, for a free concert of original pieces informed by traditional music, jazz and improvisation.

Watch: Anne-Marie O'Farrell plays The Twisting Of The Rope

The final concert will feature the fabulous Irish Baroque Orchestra, directed by Claire Duff in a programme of works by Italian and French composers, with a special emphasis on the music of Isabella Leonarda, the seventeenth-century Ursuline nun who was one of the most successful and prolific composers of her day. Their concert last year was electrifying and I’m thrilled to have them back again.

The IBO will be giving a free workshop for 12-18 year-olds in the run-up to the concerts on Saturday 29th February, in association with Music Generation in Clonmel. Over the weekend of the concerts, there will also be a talk by Michael Dervan on violinist Maud MacCarthy and other forgotten women in Ireland’s musical history.

All in all, there will be a packed programme of activities and some fabulous music performed by outstanding musicians. We hope to see you there!

Find out more about the 2020 Finding A Voice programme here. 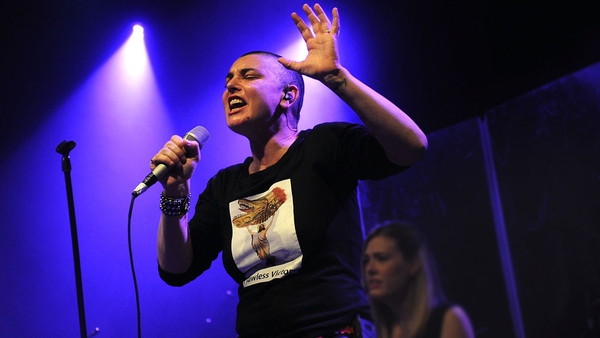