With all that's going on in the world right now, it might be easy to feel a little depressed. But not The Late Show's Stephen Colbert, thanks to one bright orange spot - yep, we're talking about that photo of Donald Trump.

Trump has his response but despite this, Colbert isn't buying his claims of fake news and instead has some interesting theories on how the image may have come about. 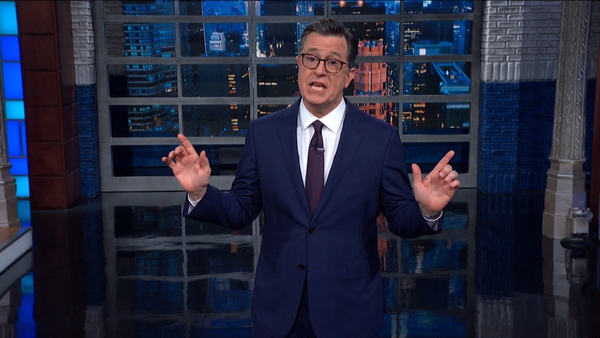