We're delighted to present an extract from Terry Brankin Has A Gun, the new novel by journalist and author Malachi O'Doherty - read Cillian Sherlock's review for RTÉ Culture here.

Terry Brankin loves his wife, but it's a bloody nuisance that a cold-case investigator is trying to pin him for a long past IRA bombing that killed a young girl. His wife Kathleen can’t take it. He tells her that things were different then. She tells him he must confess. He’d only get two years under the Belfast Agreement and she’ll stand by him, but she leaves him to give him time to mull it over. But then Kathleen is attacked. Every house in the Brankin property portfolio is petrol-bombed on the same night. Something is going on that’s even bigger than they reckoned...

For a moment Terry was back at war. This was one of those exhilarating half panics, an occasion for leaping into action, grabbing a gun or jumping from a window. But there was no need. There were times in the past when he had been laughed at by comrades for cocking a pistol at the sound of a cat, once for risking his life by attempting a shot at the back of an army vehicle when the gun had not been loaded, and luckily the soldiers hadn't seen him.

He had only to drive to Damascus Street, pick up Kathleen and bring her home. Yet his senses were keen and his heart frantic. It was past dawn now and the sky was light – the perfect time to drive. He could ignore traffic lights that flipped through their settings automatically, without regard to the clear roads around them. There were a few spacers around the university, staggering drunkenly or drugged out of their heads. They might be clients in a few years, or applicants for jobs with his firm.

As he turned into University Square, his phone rang again and he punched the button on his steering to answer it, thinking the call would be from Kathleen again.

‘Mr Brankin, our house is on fire.’ She was crying now. ‘I think it was a petrol bomb.’

Oh fuck! For a moment he was tempted to turn around and rush to Stranmillis Avenue. One attack could have been a mistake, something intended for a neighbour or a previous tenant. Two meant targeting, and he started sorting his thoughts around who might be responsible for this: someone with the wherewithal, someone who saw him as a problem and resorted easily to this kind of solution. In Belfast, that could be a lot of people.

Then, thinking this was all too dramatic and abrupt for a young woman he hardly knew, he said, ‘I have another house burning in Damascus Street. I have to deal with that first.’

He smelled the smoke and petrol in Damascus Street before he saw the black scorch marks around the window. There were lights on in the houses on either side, and in several other houses in the street, so he had to phone Kathleen to find out where she was.

‘Did you bring me any clothes?’

Fuck, he thought, of course he should have brought her some clothes.

He found her looking like a kid in the woolly jumper and jeans, and he smiled without being able to help it. There were real kids standing around watching them and he was annoyed by a sense that they expected something from him.

‘Come on, Kathleen. Let’s go.’ ‘Terry, you have to thank these people for helping me.’

‘Yes, thank you everybody. Now, we have to go. The Stranmillis house has been attacked too.’

Kathleen got into the passenger seat of his car, leaving her own car on the street, and the house, for now, open to the winds and any burglar. Terry ripped out of the street towards home. He went up the Lisburn Road at 80mph.

A fire engine overtook them, its siren screeching. Then another. As they turned into the estate, they saw a huge rope of smoke twist over the rooftops and fray. He knew what it was before he was in the street, because he’d worked out how much damage could be inflicted on him in one night. He stopped the car behind a fire tender and they stared at the flames curling out of their own downstairs living-room window. Her favourite furnishings were burning. His computer and Joe McWilliams paintings were burning. The kitchen was burning. Thick stinking smoke wrung a stench out of all the things they loved.

And his mobile phone was ringing again.

‘Yes?’ he barked. ‘Mr Terry Brankin. This is the police at Donegall Pass. I believe you are the landlord of two adjacent properties on Dunluce Avenue.’

‘I suppose they are both on fire too?’ he said. 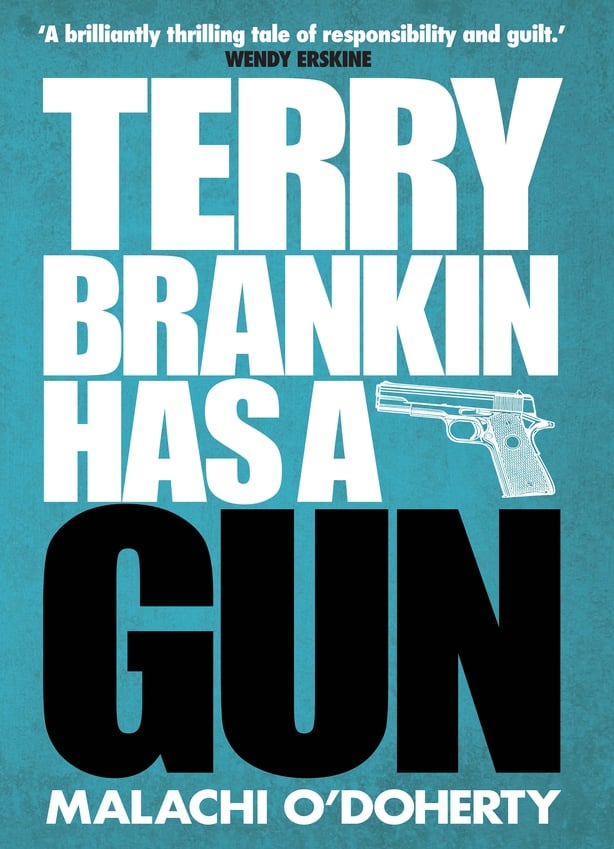 Terry Brankin Has A Gun by Malachi O’Doherty, published by Merrion Press, is out now. 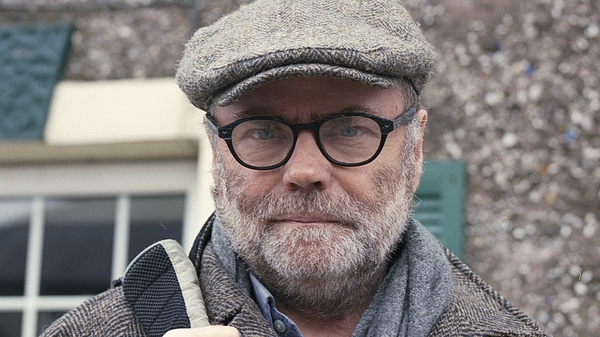 Reviewed: Terry Brankin Has a Gun by Malachi O'Doherty