6 million black people fled the American South "as refugees and exiles from terror" in the early part of the last century; 4,000 African-Americans were lynched in the 12 states of the South between 1877 and 1950: chilling statistics from American civil rights lawyer and activist Bryan Stevenson, who spoke to Ryan Tubridy on RTÉ Radio 1 about his life and work, and the new movie Just Mercy, based on his 2005 memoir and starring Michael B. Jordan - listen to their fascinating conversation above.

The film is based on Stevenson's book of the same name; it’s the story of the lawyer’s defence of Walter McMillian, an African-American man falsely charged with murder in 1987.

Stevenson says the roots of violence against black people go back to very origins of the United States:

"We are a post-genocide society. What happened to native people in America was a genocide. When Europeans came, millions died. And we haven’t talked about that. We instead created this narrative that native people are 'savages’ and we use that rhetoric to justify that violence. It was that indifference to racial bigotry that allowed us to tolerate two and a half centuries of slavery."

One reason why strands of racial inequality are still woven into the US justice system, according to Stevenson, is that many of the advances like the abolition of slavery (13th Amendment) and the Civil Rights Act were not accompanied by a thorough debunking of the false ideology used to ‘justify’ slavery:

"The great evil of American slavery wasn’t involuntary servitude, it was this idea, this narrative, this false myth that black people aren’t the same as white people, black people aren’t as good as white people. And we never really confronted that. We passed the 13th Amendment, but we didn’t talk about this ideology of white supremacy. And in that respect, slavery didn’t end. It evolved."

Stevenson represents people on death row, where African-Americans are executed in far greater numbers than demographics would predict. Bryan says that of every nine people executed, he finds one who is proven innocent. He says mistakes like this would not be acceptable in any other area of life:

"We tolerate error that is just intolerable."

As a passionate advocate of the power of the law to help the vulnerable, Bryan has only recently become convinced of the power of art to do the same thing. That’s why he finally agreed to let his 2014 book Just Mercy be made into a film.

"I never imagined that I’d be the subject of a major motion picture or that I’d be talking about a movie, but I’m persuaded that cinema and art can perhaps get us to understand the cost of some of the problems of some of this inequality and injustice that lecturers and data and scholars haven’t."

Encouraged from the get-go by his beloved grandmother, herself the daughter of enslaved people, Stevenson credits his upbringing with the inspiration behind his advocacy and activism: 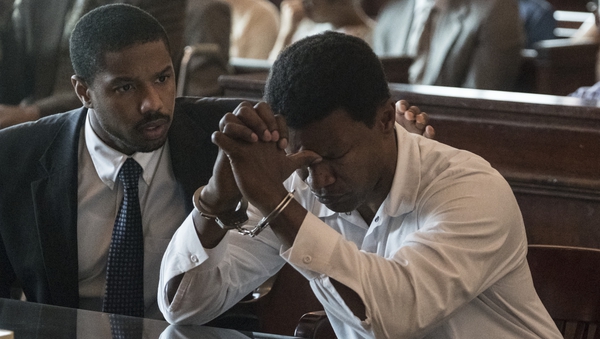 Coronavirus in Direct Provision: "A lot of people are worried"