"Shalamov's experience in the camps was longer and more bitter than my own, " declared the Nobel Prize-winning author Aleksander Solzhenitsyn (1918-2008) of his compatriot, Varlam Shalamov (1907-1982). Shalamov and Solzhenitsyn were among the dissident writers and journalists who endured years of incarceration in the Soviet Gulags. The journalist Shalamov survived 15 years in such camps.

The Gulags were notorious places of hard labour undertaken in intense cold, of starvation, ill-health and sleeplessness in confined spaces. Acts of heartless thuggery were committed not just by prison guards, but also by violent gangster-prisoners, who were deliberately imprisoned with political prisoners. Most of the Gulag labor camps were located in Kolyma. Between years between 1932 and 1954 alone, approximately a million people at least died while working in Kolyma's gold mines, or engaged in road building, lumbering and construction. Many died en route to the remote, mountainous region in North-East Russia.

Prisoners, political or not, were obliged to take on roles in what was a bizarre pecking order, or hierarchy driven by bribery and corruption. Favours and punishments were dispensed, torture administered and summary executions ordered. Food and clothing were traded on a daily basis, jackets demanded and handed over in games of cards, in sub-zero temperatures.

Solzhenitsyn's best-known work, the novella One Day in the Life of Ivan Denisovich afforded a vivid picture of life in the camps but it does not feature the kind of evil acts that are commonplace in Shalamov's accounts. " I respectfully confess that to him and not me it was given to touch those depths of bestiality and despair toward which life in the camps dragged us all, " Solzhenitsyn declared.

Shalamov's first volume, Kolyma Stories, appeared in 2018, also published by NYRB Classics in a similarly stout, handsome paperback. Sketches of the Criminal World -  Further Kolyma Stories continues the harrowing accounts and testimonies, most of which are short, concerning prison life. While the premise is ostensibly fictional, the tales are based on scenes which Shalamov witnessed or, if not, learned of first hand. 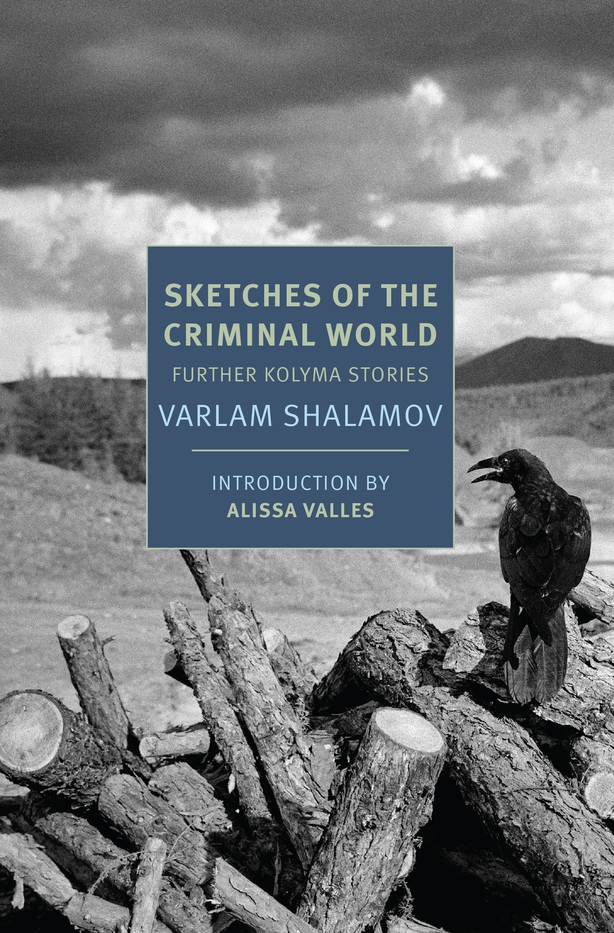 In terms of Gulag policy, exceptionally cruel treatment was meted out to anyone who dissented from the dictats of Soviet communism under Josef Stalin. The Gulags continued in existence for two decades after the Communist leader's death in 1953. Shalamov was writing his final stories in 1972 when the guard towers and the barracks were being demolished.

This newly-issued 556-page volume includes a number of essays by Shalamov, beginning with What Fiction Writers Get Wrong, which reveals a contrarian, reactionary tone. Shalamov, the son of a Russian Orthodox priest, berates the tradition in Russian fiction of romanticising thieves and swindlers. He disdains the coyness about, or ignorance of, unadulterated evil with which he himself was familiar from his years in prison.

None of Dostoyesky’s novels contain a single gangster, he writes, declaring furthermore that the entire work of Tolstoy and Chekhov does not contain one realistic portrait of an actual, real-life gangster.  Shalamov appears to suggest that the inability or unwillingness of writers to treat evil criminals properly, without romantic colouring, in other words, continued as a phenomenon after Dostoyevsky, Tolstoy, and Chekhov.

"Every writer appears to have frivolously paid tribute to a sudden demand for romantic criminality, " he notes. "This unbridled poeticisation of criminality was greeted as fresh new current in literature, and it led many experienced literary writers astray.

"Although all the authors I have mentioned, as well as others not mentioned, show an extremely weak understanding of the essence of what they are dealing with in their works on this theme, they had great success with readers and consequently did a significant amount of harm."

Shalamov did not beat around the bush and looked at life clear-eyed, being the meticulously honest reporter that he was. This second volume of his stories are translated from the Russian by Donald Rayfield, and the book features an illuminating introduction by Alissa Valles.