Rob Doyle is a writer from Dublin, based in Berlin. His first novel, Here Are The Young Men, published in 2014, was selected as one of Hot Press magazine's '20 Greatest Irish Novels 1916-2016’, and has been made into a film, set to be released later this year. His second novel, This Is The Ritual, was published in 2016, and he has edited a pair of anthologies: The Other Irish Tradition and In This Skull Hotel Where I Never Sleep (both 2018). His latest novel, Threshold, is in bookshops on February 23rd.

We asked Rob for his choice cultural picks...

I’ve been listening to a lot of Ryuichi Sakamoto’s music. He’s the Japanese musician and producer who for decades has been making ambient, electronic and pop, as well as scoring many films. There’s a beautiful album called Async Remodels on which various electronic artists remix him. Other recent fixations include Big Thief, Gillian Welch, Ghosteen by Nick Cave and the Bad Seeds, Daytona by Pusha T, Serfs Up! by Fat White Family, Biosphere, Versatile, Björk, Andy Stott. The standard of rap and hip-hop in Ireland these days startles me: something big is happening.

I’m currently reading Shoshana Zuboff’s The Age of Surveillance Capitalism. It’s about how big-tech relentlessly exploits human experience for data to sell to advertisers, and the consequences this is having for life on earth. It’s a long and detailed book, and it’s giving me a deep vision of this unprecedented mutation of capitalism, and of how lawless and sinister Google, Facebook and the other data-mining leviathans really are.

I’m afraid I’ve virtually ceased going to the theatre this past year or two, so I don’t have anything to recommend.

Like seemingly everyone else, I was completely taken with Succession - a masterclass in dialogue, characterisation, and virtually all the other elements in good writing. Also, The Assassination of Gianni Versace drew me in and left me shattered. Sublime storytelling.

I’m hoping Kneecap return to Dublin while I’m here, as they look like a lot of fun. I also missed Big Thief the last time round so I hope they come back too. The last gig I saw was Versatile at the 3 Arena in November - it was phenomenal.

I’ve been telling myself I’ll go to London to see the William Blake exhibition at the Tate before it closes, but I hesitated too long and it doesn’t look like I’ll make it.

I get brief fixations on podcasts about music, film or tech, but I always revert to my baseline of geopolitics and international news. Certain subjects have a fierce hold on me: Russian skulduggery; Trump’s incendiary presidency; the Middle East; global jihad; the populist emergency; climate apocalypse; dystopian tech developments, and so on. I can tell you a lot about, say, North Korean defence capabilities, and next to nothing about local affairs.

Here’s the thing: I only recently went on Instagram and I’m finding it delightful, even though it’s owned by Facebook. In half a year I’ll probably condemn Instagram as hideous and dystopian, but for now I’m a newbie and it still feels intimate and fun. I was beyond sick of Twitter, because whenever I go on there I invariably come away feeling sad, anxious, paranoid, angry or insecure. (In 2020 it’s no secret: the platform is expressly designed to cultivate those emotions, because they encourage addiction and thus generate profits.) Now I use Twitter solely to post articles I’ve written, along with stuff about my books. Actually, here’s my tech tip: Buffer. It’s an app that allows you to schedule tweets and other social media posts remotely, so that you don’t even have to log in.

I am the Next Big Thing. I was the Prior Big Thing, and I’m the Current Big Thing too. I am, quite simply, Big.

Threshold by Rob Doyle is in bookshops on February 23rd. 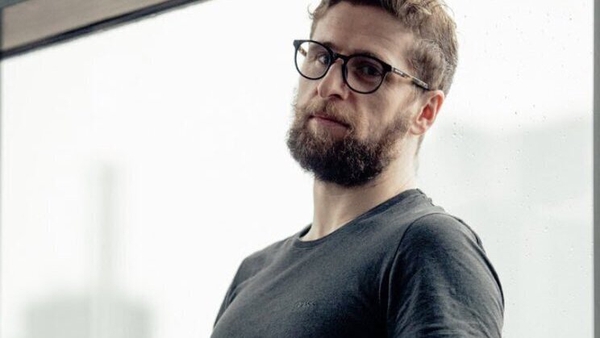