Award-winning author Sara Baume writes for Culture about the latest installment of the Imagining Ireland series of concerts, which takes place at the National Concert Hall in February 2020.

I find it difficult to picture myself on the grandiose stage of the National Concert Hall – I have never proficiently played an instrument, nor sung a decent note – but on the evening of February 9th, that's where I will be appearing, transiently, alongside a select group of musicians, performers and fellow writers. The occasion will be the fifth installment of the concert series, Imagining Ireland, which started in 2016 as part of the programme of cultural events to mark the centenary of the Easter Rising. The original idea was to look back and to attempt to showcase, in the spirit of celebration, one-hundred years of our music, poetry and song. The concert travelled to the Royal Festival Hall in London to an enthusiastic reception, and so the organisers decided to re-imagine it for the following year, and so on.

The concept, according to Gary Sheehan of the NCH, 'is to explore a current theme in Irish culture and give space to Irish artists we find exciting across the idioms and art forms. A curator or curators are invited in, a rough theme is decided upon and the concert grows from that.’ In 2017, for example, the focus was on independent and emerging artists, and in 2018 it addressed Irish life in Britain and our relationship across the Celtic sea. Imagining Ireland has always managed to attract avant-garde artists, and over the last four years it has become a date of significance in the London Irish arts diary.

In 2020, the concert will add a date for the Town Hall Theatre in Galway as part of the city’s year as European Capital of Culture, and for the first time the line-up will be exclusively female. The guest curator is Sinéad Gleeson – acclaimed author and all-round authority on and champion of the arts in Ireland – and her selection has been made in response to the extraordinary upsurge of women’s voices in music and literature over recent years. The theme of the night, according to Gleeson, is about ‘speaking up, speaking louder and saying the unsayable.’ Though the programme alters slightly between venues, overall it stretches to encompass hybrid rap, sexual politics, menacing humour, intimate folk, pop, lament and prophecy.

And I will be there too – on a stage I had never expected to grace due to a dearth of musical ability, and part of a showcase I had never expected to be included in due to an insufficiency of Irishness. Though it might seem hard to believe, growing up in rural Cork in the late eighties and early nineties my divorced English dad rendered me wildly exotic. I have often apologised for my foreign surname, not to mention made excuses for the absence of a Cork accent, and yet nowadays, against the eclectic backdrop of contemporary Ireland, I’m proud to find I have become ordinary. The once incongruous ‘Baume’ finally blends, unremarkably, into the list of Murphys, Ryans, Chailas and Peats. 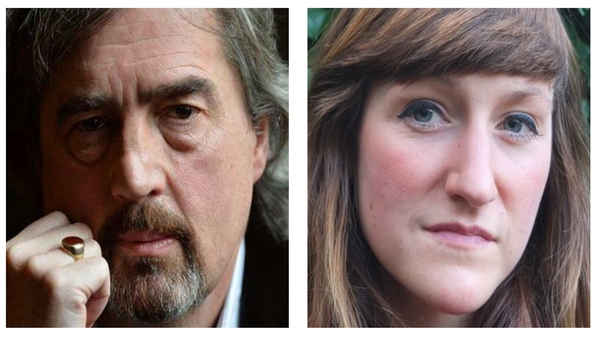