We're delighted to present an extract from The Naked Irish by Clare O'Dea, published by Mentor Books.

Subtitled Portrait of a Nation Beyond the Clichés, in this insightful book, cross-cultural journalist Clare O'Dea takes the most common assumptions about the Irish and examines them one by one...

The Irish Want a United Ireland

Imagine a small company that makes plastic forks. It has always lost money but has survived because it belongs to a big company that produces stainless steel forks. The big company has said more than once that it has no strategic or economic interest in holding onto the plastic fork company.

But the staff and management of the plastic fork company are split. A narrow majority of the board are firm believers in the fork business. Their fathers and grandfathers made forks and were part of a great fork tradition best represented by the big fork company. They don’t like change and they don’t trust knife-makers. The rest of the board, well disposed towards plastic knives, argue in vain for a brighter future of plastic forks and knives together under one roof. We’re all plastic at the end of the day, they say. No surrender, say the forkmen.

The plastic knife company settles down for a long wait.

As someone who grew up on the east coast 125 kilometres from the border, I am aware that my perspective on Northern Ireland is that of an outsider, and I am cautious not to misread or misrepresent the reality. Typically for someone of my generation from the South with no family connections in the North, I was never brought there as a child. I first crossed the border at the age of 18 with a college friend from Sligo.

It was 1990 and the atmosphere at the high security crossing was tense. This was around the time the IRA was launching proxy bomb attacks at British Army checkpoints. Their method was to seize someone working for the army, tie them into their car loaded with explosives and force them to drive to the checkpoint. One of these bombs, detonated by remote control in Coshquin, County Derry, killed the driver and five soldiers, injuring 27 others. The driver’s name was Patsy Gillespie and his wife and children were held hostage during the attack.

On the day we crossed the border, British soldiers boarded our bus and ordered the passengers off. They checked our bags on the side of the road. To my shock, they took one young man away, but nobody said a word.

My Sligo friend had grown up crossing the border on a regular basis. In her part of the country, ‘everyone’ had relatives in the North. Another incentive for her family to make the trip was to fill up with cheap petrol, and she and her siblings were always excited about the different crisps and chocolate bars they could buy in the North. Nevertheless, the border in her childhood was something to be respected and feared. Going through British Army checkpoints was a heavy price to pay for a normal activity like a Sunday drive to visit cousins.

Before writing this chapter from afar, I wanted to visit the North with the specific purpose of speaking to people from both communities. On the bus journey north from Dublin, I kept my eyes peeled for some sign of the border but I missed it. There is nothing to see anymore, no infrastructure, no personnel.

I stepped off the bus at the side of the Europa Hotel in Belfast, famous as Europe’s ‘most bombed hotel’, and tried to get my bearings as quickly as possible. Registering all the little differences, the street markings and signs, car registration plates, the pound coins in my pocket, I had the same feeling I have always had in Northern Ireland: disbelief that I was in a different country.

I had arranged to meet the writer Paul McVeigh, but we hadn’t set an exact place and time. I had a little wander and called him from Great Victoria Street, naming the hotel I happened to be standing outside. Ten minutes’ later he appeared and we claimed two massive armchairs side-by-side in front of an artificial fireplace in the lobby. Over posh coffee and biscuits, I asked him about things we ‘southerners’ don’t usually bring up because of the awkwardness of the history between us. Paul and I are around the same age and neither of us had any power over any of the events in question, yet we both carry traces of those old feelings related to partition, guilt on my side because ‘we’ abandoned ‘them’, and resentment on his side for that abandonment.

Paul’s first novel, The Good Son, is a coming-of-age story about a boy who grew up, as Paul did, in the deprived, mainly Catholic district of Ardoyne in Belfast, during the worst years of the Troubles. The trauma of the conflict looms large over the characters in the book.

‘We were Irish, but the people at the top of my street were British. Belfast was divided into little Irelands and little Britains. They were different territories,’ Paul explained. ‘As a Northern Irish Catholic you were dispossessed in your home. Your home doesn’t belong to you. You are told that this is Britain, and you say, no it’s not.’

Back living in the city after many years in London, Paul’s feelings about identity have changed. ‘Nationality is an accident of birth, yet it determined all your affiliations – music, team, flag, passport. All that is learned. People conceive their nationality as more primal but it’s not. It was only when I let go of the concept of nationality that I finally became free.’

Paul touched on the difficulty for Northern Irish people, regardless of background, to feel a sense of belonging to the larger culture. ‘When I was young, I saw Dublin as my spiritual home, but when I went there, I found a lack of welcoming warmth. There was open disdain and judgement from the Southern Irish who saw us as a violent, backward, war-mongering people.’ 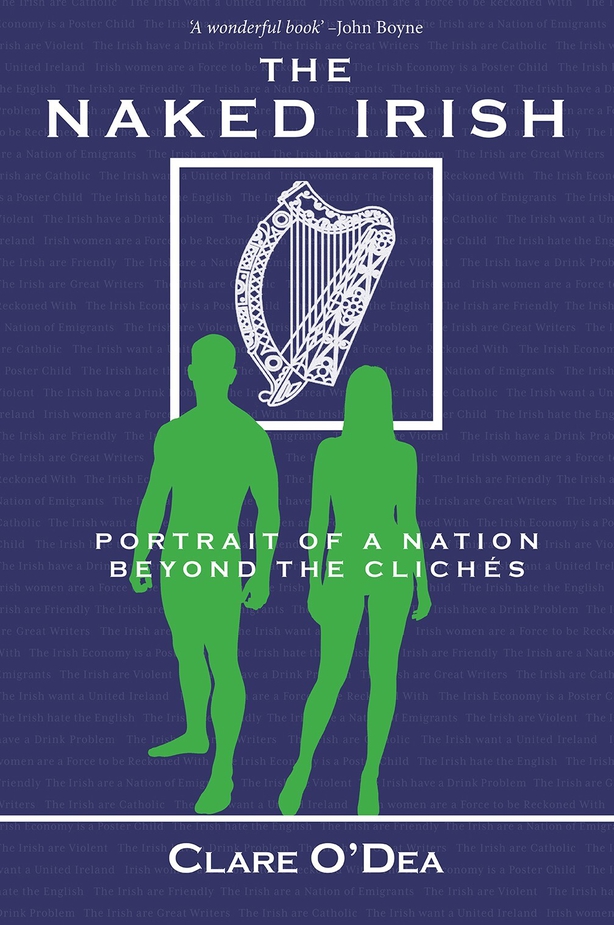 The Naked Irish: Portrait Of A Nation Beyond The Cliches (Mentor Books) is out now. 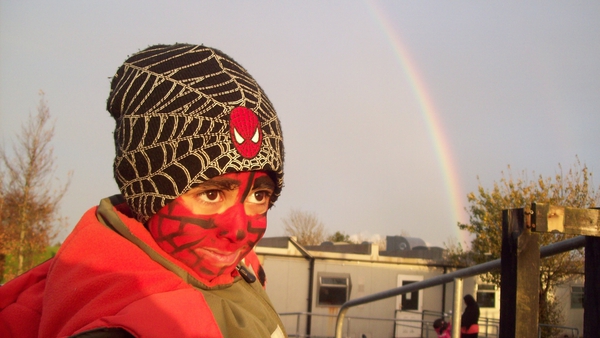