In the Poetry Programme on 8th December 2019, at 7:30 pm on RTÉ Radio 1, presenter Olivia O'Leary is joined by poets Peter Sirr and Ross Thompson.

Peter Sirr was born in Waterford and moved to Dublin with his family as a child. He won the Patrick Kavanagh Poetry Award in 1982 and the poetry prize at Listowel Writers' Week in 1983. He was on the shortlist twice for the Poetry Now Award, for his collection Nonetheless in 2005 and for The Thing Is in 2010. In 2011, he won the Michael Hartnett award for The Thing Is. Bernard O’Donghue has said that, 'Everyone who takes poetry seriously should read him attentively.’

Listen: Peter Sirr reads his poem The Now Slice from his latest collection

Peter Sirr joins Olivia O'Leary to read from his latest collection, The Gravity Wave, published in September 2019 by The Gallery Press. The collection was an Autumn Recommendation of the Poetry Book Society.

Ross Thompson lives in Bangor, Co Down. He was the winner of the FSNI (Funeral Services Northern Ireland) National Poetry Competition in 2013 for his poem Icarus and is widely published in journals. He has been shortlisted for The Seamus Heaney New Writing Award, and was commissioned by NI Screen to write a poetic sequence for the Coast to Coast project. He teaches English at Victoria College in Belfast and is also a former music journalist.

He reads from his debut collection, Threading the Light, published in 2019 by Dedalus Press. 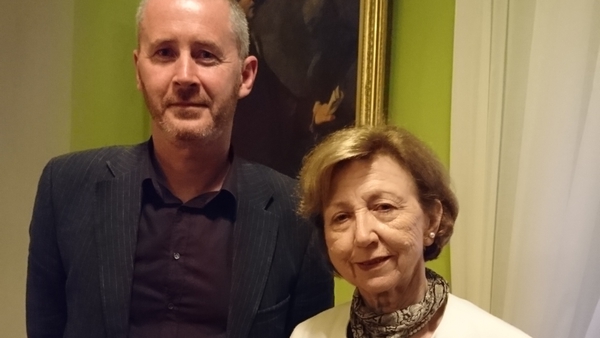