Tim Chipping is a music journalist from London. 2018 saw Tim, along with Geoff Travis and Jeannette Lee of Rough Trade Records, set up the River Lea imprint on Rough Trade. The label is dedicated to releasing "beautiful and strange traditional folk music from Britain, Ireland and beyond."

A number of River Lea-signed artists and contributors perform in Cork this weekend as part of the Quiet Lights festival (which runs from 21-24 November). Ahead of his visit to Cork, Tim writes for Culture about bringing a whole wave of folk talent to the world...

River Lea records was named after a river that runs through Walthamstow in East London, where I live. But it changes its spelling as it winds down the country, so sometimes it shares its name with Cork's River Lee. The label is run as an imprint on Rough Trade, by myself (Tim Chipping), Geoff Travis and Jeannette Lee. It was Jeannette who decided we should be named after a river, after none of us could agree on anything. I wanted us to be called Rough Trad.

Quiet Lights feels very much part of the River Lea extended family, because in addition to hosting a gig by two of our signings, Ye Vagabonds and Brìghde Chaimbeul, the festival kicks off with Cormac Begley performing with Liam O'Connor. Cormac contributed the most extraordinary sounds to our first release, Lisa O’Neill’s wonderful Heard A Long Gone Song. He managed to make his concertina sound like a demonic steam engine, as well as playing beautifully of course.

I wanted us to be called Rough Trad.

Then on Saturday there’s another River Lea contributor, as Radie Peat is performing with Lankum. Radie sang on Lisa’s album and played concertina on Brìghde’s album. Actually, she’s responsible for bringing Lisa to our attention. The first time we met back in 2015 she told me, "You’ve got to hear Lisa O’Neill sing." But Radie is one of those people who, if you compliment their singing they’ll tell you about someone they think is better.

I think Ye Vagabonds just heard on the grapevine that we were doing this label dedicated to "beautiful and strange" traditional music, and they told us about the album they were planning. We knew if it was as good as the trad track on their debut, we’d want to release it. But The Hare’s Lament has exceeded all our expectations, it’s such a special record. And we’ve watched them get better and better as a live band. All the awards and attention they’re getting now is so deserved.

I don’t know if anyone’s noticed it yet but each of the River Lea releases has someone guesting on it who also appeared on another record on the label. It happened by coincidence, but now I want that to be a feature of each release. Ye Vagabonds met Brìghde Chaimbeul at the Celtic Colours festival in Cape Breton and sent me a recording of them collaborating that same night! So Brìghde ended up on their album, even though she’s from The Isle Of Skye and not part of the Dublin scene. Her album The Reeling is a really astonishing record, and it’s made me so happy that artists like Colin Stetson and Anna von Hausswolff are into it. Because although the tunes are traditional, it’s way way more than a traditional piping record. Nothing like it has ever existed before; Brìghde and producer/fiddler Aidan O’Rourke went properly out there. And to bring it back full circle, the way it was recorded was partly influenced by Cormac Begley’s album. I don’t know if he knows that.

This week Islander presents the second edition of Quiet Lights, an exciting new small-scale festival with a big heart, which aims to shine a light on the new wave of Irish and International folk, traditional, and experimental talent that are quietly forging new paths, recollecting old tales, and making new stories.

Tickets for Lankum, Anna Mieke, and Ye Vagabonds with Brìghde Chaimbeul have already sold out, and other shows are selling quickly! Book now, and book quickly! 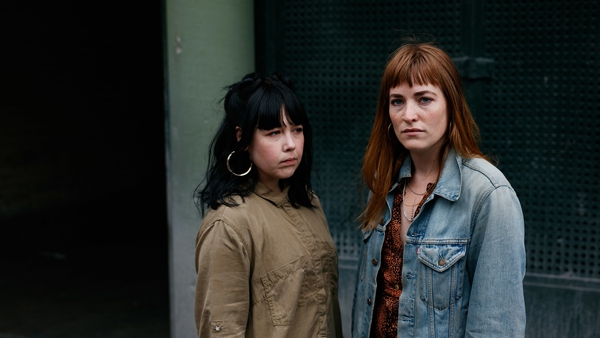