Andrew Ryan returns to the Everyman Palace Theatre in his home town of Cork on Saturday 19th October for a one-off show before heading to Galway for the Vodafone Comedy Carnival, which runs from the 22nd to 28th October. Watch our interview with the funnyman in the video above.

"I'm the youngest of four kids so to get attention, I suppose, I had to speak up a bit so I always used to breaking the ice," says Andrew, explaining how he got his start in comedy.

"Scrap Saturday was the first thing I was introduced to with Dermot Morgan, then I went into sitcoms like Black Books, Father Ted, Fawlty Towers. Then, when I was 17, I was getting into comedy clubs and watching people like Ardal O'Hanlon, Ed Byrne, Dylan Moran, and Tommy Tiernan."

These days, the London-based stand-up is known for his quintessentially Irish storytelling abilities and cheeky demeanour but, despite being a good fit for stand-up, he only entered the comedy circuit at the relatively late age of 26.

"I always wanted to do it but I never saw an angle - how can you just become a comedian? It's such a hard thing to do but I kind of just went to the UK for a while. Comedy was so popular there, you could kind of just put your name down and I just went for it."

Leading up to his life in comedy, Andrew had a series of odd jobs ranging from working in a bank to a stint in the HSE but, by far his most interesting role, was the time he spent as a 19-year-old private investigator - a job he says is "the worst" of his life.

"I was 19 years of age and I was a private investigator. I tell people that and they think that's a lie but I used to do surveillance on people who had fraudulent insurance claims. Basically, I'm helping out the man and woman on the street who are paying high car insurance. Making sure that people have genuine claims and not saying, 'oh, I have a bad back' and then you catch them playing five-a-side football," he explained.

"I wasn't very good at it. I got caught a few times. The word private didn't really work for me," he laughed. "This was back in the days when we didn't have camera phones so we were like hiding in bushes and stuff like that."

"It wasn't exactly Hawaii Five-0, it was more a country Garda Station in West Kerry," he added. "I did it for nine months and, I can honestly say, it was the worst job I had in my life".

When Andrew did finally make his stand-up debut, things didn't exactly go to plan. His two minutes of condiment-filled material was booed off stage, but the Cork man persevered, ultimately leading him to a job he considers to be "the best in the world".

"Yeah, I was badly booed when I started out. For my first gig. I was booed off after two minutes. It was horrendous. I had a whole routine about the difference between ketchup and brown sauce and I look back at it now and it was pretty bad but, do you know what? These things have to happen, you're not going to pass your driving test after the first lesson."

Andrew will return to Ireland this Saturday to play the Everyman Palace Theatre, a show that will be his "biggest show in Cork to date" before heading on to Galway the following weekend where he will host a comedy pub crawl* which will involve a secret venue and two surprise stand-up acts.

For more information on Andrew's show Is everything alright at home? at the Everyman - click here.

For more information on the Galway Comedy Carnival - click here. 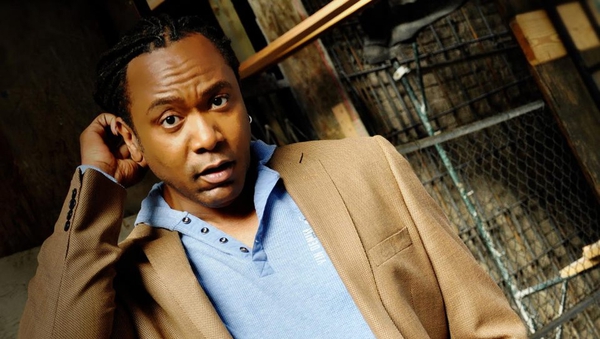 Reginald D. Hunter on why he gets on so well with the Irish Comedy