Singer, songwriter, violinist and performer Suzanne Savage has worked with musical royalty across jazz, singer-songwriter, choral, Irish and classical music, while enjoying success in her own right - her current project, The Savage Five, is currently touring Ireland.

Suzanne will be one of the featured artists in The RTÉ Concert Orchestra Performs Leonard Cohen in Bord Gáis Energy Theatre on 4 and 5 March 2020 - here she is performing Cohen's classic Dance Me To The End Of Love on The Ray D'Arcy Show:

We asked Suzanne for her choice cultural picks...

I’m looking forward to Judy, starring Renee Zellweger, an account of Judy Garland’s final London concert run (out now), and closer to home, the independent Northern Irish comedy A Bump Along the Way (already festival favourites such as Galway and Toronto) starring Bronagh Gallagher, is out in cinemas this Friday and it looks to be hilarious.

Colson Whitehead’s The Underground Railroad, a gripping epic about the secret network that spirited slaves away from the hate-filled south to a marginally more kind north in nineteenth century America, is a powerful, challenging and essential book that everyone should read. My other recommendation is H is for Hawk by Helen MacDonald, which reads in many ways like a thriller. It is an deeply moving account of the author training a (reputedly bloodthirsty) goshawk to help her cope with the death of her father. I love bookshops  - The Last Bookshop on Camden Street is a goldmine.

I also hope to catch the Irish Premiere of Vivaldi's Griselda - the first fully staged production of a Vivaldi Opera in Ireland - by Irish National Opera with the Irish Baroque Orchestra. There are some real corking tunes in this, and together with the IBO it really sounds like it will be an exciting, dramatic production. Their Autumn Irish tour runs from 12th-27th October.

Lucy Worsley’s Suffragettes is an absolutely fascinating account of the ordinary women driven to extremes to secure something we all, in 2019, take for granted - the right to vote. I'm going to cheat with calling TV Netflix too. and recommend the natural history documentary series One Strange Rock, narrated by Will Smith, which features interviews with astronauts and explorers, and stunning National Geographic footage.

Last month’s Porgy and Bess/Ella and Louis with the RTÉ Concert Orchestra at the NCH with was wonderful. Gershwin at his glittering finest, no small thanks to arranger/ trumpeter Ryan Quigley’s dedication in bringing Gershwin's lost scores painstakingly back to life. Nicola Emmanuelle’s voice was a revelation, the embodiment of a modern-day Ella Fitzgerald. I love the gigs upstairs in Arthur’s Bar, a venue which has taken over in some senses from the late (and much missed) J.J.Smyths as the central jazz hub in Dublin. I try to catch the Dirty Jazz Band’s irreverent brilliance when I can - their next set there is on Saturday, November 2nd. Also: legendary songwriter Paul Brady will be performing at NCH on Monday, December 10th. I’ve been lucky enough to work with the band as backing vocalist and violinist for ten years now, (and a fan long before). Its always a joy to work with this great artist and its a gig Im looking forward to as both listener and participant!

I’m at a bit of a Ron Burgundy fan (from the Will Ferrell film Anchorman), so my guilty pleasure has been listening to the Ron Burgundy Podcast. Stay classy... I have recently enjoyed the Victorian gothic horror of Henry James’ The Turn of The Screw on the free podcast Podbean, and as its that time of year I have to recommend the brilliant Bram Stoker Festival’s annual podcast, creepily good. Also: The Irish Opera Podcast is a great new podcast talking all things opera, from production to singers to Irish composers.

The language app Duolingo is brilliant, and a fun way to learn or brush up on another language, and it's free.

(A) Dressing Our Hidden Truths runs at National Museum of Ireland, Collins Barracks until May 2020. By Alison Lowry, this is a powerful commentary using the unique medium of glass, on the social and emotional fallout from the Magdalene Laundries and the Industrial school systems.

Irish Mezzo soprano Sharon Carty is recording her Schubert Songs with pianist Jonathan Ware for release early 2020 with the GENUIN label, and its been fun to listen to their progress and incredible music-making thanks to their Fundit page. She is one of Ireland’s great vocalists, and I'm really looking forward to hearing this...

And I know its a bit soon, but next year’s Irish Salsa Congress, a weekend extravaganza of salsa dancing and workshops held in Maynooth College in June, is almost sold out! I go every week to www.strictlysalsa.ie and I cannot recommend it enough, as a fun way to unwind, meet new people and also hear great Latin dance music on the dancefloor.

Suzanne Savage will be one of the featured artists in The RTÉ Concert Orchestra Performs Leonard Cohen in Bord Gáis Energy Theatre on 4 and 5 March 2020, which follows the standout success of the orchestra's Cohen set at All Together Now in August. Tickets go on sale on 17 October via ticketmaster.ie. 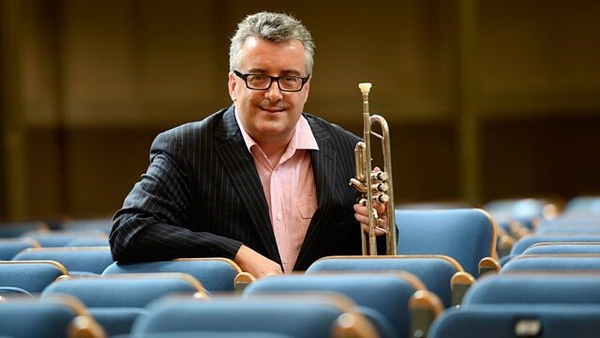