Our series of this year's shortlisted short stories in honour of Francis MacManus continues with News, by Sheila Barrett, read by Ali White - listen to News above, or read it below.

Margaret hopes for tidings of her son in America, who's dropped out of contact...

Margaret fussed with the front border so the strange young man wouldn't ask for a job again. He had only once met her eyes, and that was when he asked for money. She hadn’t expected that, or that his eyes wereblue-grey and quite sharp,even somehow familiar, and she had dug into her pocket and given him what was there – almost five euro in coins! This morning she scumbled the weeds beside the gate, looked up and there he was, with his worn-out bag of tools and his battered hat, and his beard, as if her thought had summoned him. As always, he was quiet as a cat.

He gestured at the border. 'I could do that for you.’

He looked at her hoe. Then he looked away – that was his habit – and swung his bag a little. ‘Got any change?’

He looked at the border and then out at the street. Then he turned and drifted out onto the footpath. It was as if he were listening to instructions, faint, from far away.

Margaret lifted leaves she had cut into the brown bin. Then she took her hoe and clippers and went back into the house. When she glanced out the window, he had gone.

One son in America and the other in Kilkenny. In Dallas, where Brian lived, they might shoot this young man, with his pale tired face and jutting beard, if he kept coming and coming after being turned away.Sometimes she wondered if someone would shoot Brian. The last time they Skyped, he had a bruised eye and a healing cut on his face. Margaret knew nothing of Dallas people beyond the usual things, President Kennedy and the soap opera and Bush, but she sensed they despised drunks. When her fear for her son was strongest it felt like being locked in one of those cases they used for mummies in Egypt, the dark-eyed, red-lipped face enclosing a brittle scrap within. That was her, going to bridge with her makeup and her silk blouse and her jacket from TK Maxx.

Brian stopped Skyping when she asked him about his face. He hadn’t phoned or emailed for weeks. Sometimes Margaret wondered about the pale young man with his tools: was he sent to her as some reproach or reprieve? Her Christian past haunted her. ‘If you do it for one of these you do it for me.’ What if that young man, though he frightened her a little, was a link to Brian? What if charity or understanding could cross the ocean to her son?

She asked her best friend, Lily, what she thought.

‘You’re a woman on your own,’ said Lily, ‘he’s figured that out. If you hire him at all, he’ll never go. He’s harassing you, is what he’s doing.’

‘And he keeps coming back. What does Maurice say?’

‘Maurice thinks I should "downsize." Move.’

Lily just laughed. ‘Move in with him, marya! And Tessie?’

Margaret knew she was lucky to have two of her three children nearby, lucky they were so sensible and good. Brian was her lost sheep.

‘Do you suppose it’s expensive to find a missing person in America?’ she asked her mainstay, her daughter.

‘No, not really.’ They’d never forgiven him for leaving the day after their father’s funeral.

‘He’ll have married some heiress and doesn’t want us to know.’

Wouldn’t that be lovely, Margaret thought.

The doorbell rang, and Tessie went to answer it. ‘Yeah?’

The young man looked at Tessie, hungrily, Margaret thought. She listened from her station in the shadows. He gestured at the border with his bag.

‘When that’s done, I do it,’ Tessie said, in a voice she rarely used. It made Margaret remember when Brian crashed the car the day before Tessie was to move her things to her first flat. ‘There’s no work here.’

The young man lifted the bag a little, looked down, turned and walked out the gate. He stood on the footpath, his back to them. He looked stronger from the back than from the front. Tessie waited at the door until he moved off.

‘So that’s him, is it?’ she asked, joining Margaret in the kitchen.

‘I met Lily in the village and she asked me if that young man was still bothering you?’

‘I know we’re not – very sympathetic sometimes. But Brian’s a survivor, Mum.’

‘Tessie, Dallas has got more dangerous, I read about it on the paper – there’s nothing over there if you fall through the cracks!’

‘Exactly. Well, Brian hasn’t asked Maurice for money for over a year, and you and I both know Maurice would send some. So does Brian. He hasn’t asked, Mum. He doesn’t need anything. Dallas is probably safer than any place he’d afford here. And don’t watch that documentary on the Garda. You’ll worry about all of us, then.’ Tessie made coffee, though it was three in the afternoon. They both felt better after it, Tessie about her bank balance and Margaret about Brian.

Margaret walked down to the shop to buy eggs. A bearded man ahead of her had a trolley with four six-packs of beers with funny names.

‘Eamonn?’ Her throat dried with dismay.

‘Mrs Kelly,’ said Brian’s friend Eamonn, ‘How – howya! Hey, I’m really sorry, I meant to be in touch ages ago.’

‘I thought you were out in Dallas still, with Brian.’

‘Are you back long?’

‘Since January, didn’t Brian tell you?’

He stood back while she paid for her eggs. ‘I’m surprised he didn’t say.’

Margaret forced a smile. Eamon was shifting his weight from one foot to the other. He had done that since he was four. So, there was trouble.

‘No thanks, Eamonn ... Did something happen?’

Eamonn looked down, shrugged. ‘It was nothing, really, we’d a bit of a barny but I was going, like, anyway. That’s probably why he wouldn’t say.’ He flopped his fingers, apologetic and moved away from the checkouts. Margaret followed him. ‘Yeah, well, it’s great to see you, Mrs Kelly.’

‘Sure.’ He looked at her full on. ‘Look. Brian said he’d clean up his act, you know? He really meant it.’

Eamonn smiled, relieved. ‘Something like that. He’ll have wound down, so.’

‘Of course, but were the police very awkward?’

‘Did they deport him?’

‘Is Brian still in Mexico?’

‘Yeah, totally. He was working on the construction, probably still is. Raking in the cash.’ He gave a hollow laugh. ‘See you!’ He fled.

The weather turned, rain sluiced down, and slugs attacked the pansies. At least, Margaret thought, she wouldn’t have to refuse the young man again. Even he wouldn’t want to garden in the rain. Why wouldn’t slugs eat these luscious weeds? There was something contrary in slugs, something she sensed in herself and everyone, really, who was fed up and wanted something better, even if they ruined all around them. If slugs ate weeds, she thought, she wouldn’t be out here in the rain scattering pellets, and the slugs’ lives might be longer and just as good. She wondered what Brian was eating these days, but at the same time she knew, without Tessie or Maurice saying a word, that she was barking up some wrong old stump, not even a tree, and her attempts to keep some blooms, and the ground green and soft underfoot, were useless. The trees in Brian’s photos were thousands of miles away. They were low and gnarled and dusty-looking, and Brian chose their wide, pitiless horizons, and them.

A day after the rain stopped, the young man came back.

‘I’m sorry, Margaret said faintly, before he could speak. ‘I’ve no work.’

‘I know,’ said the man, looking away from her at the cotoneaster. It was still beaded with water, bent away a little from the wall.

Margaret realised that he wasn’t carrying his bag of clippers and secateurs. She waited for what he would say.

‘I shouldn’t have asked you for money. I’m sorry.’ His beard, though neatly trimmed, looked wilder. Maybe it was the weather. ‘You don’t remember me,’ he said, with a smile that made him look like a hurt old man.

Margaret shook her head, but said, ‘There’s something - ’

‘Will Doherty. I was in First Year with Brian. Then we moved. I thought Tessie might know me, but she didn’t.’

Margaret’s hand went to her mouth. Everything looked smaller, and very distinct. ‘Will...! Wouldn’t you have said...? What’s happened, you were always so, so-’

‘So clever?’ He smiled a crooked smile.

‘Not now, thanks, Mrs Kelly. Brian gave me a message for you, is all.’

‘In Dallas. I was passing through.’ Will Doherty, whose hair had dulled from blond to brown, Will whose beard was already laced with grey, looked down at his feet, as if assessing them. ‘He says... he says he won’t be back. But he’s all right.’

He turned to go.

‘But why’d he send you, Will, to say that?’ she cried, clutching her collar with fear.

‘He thought you’d be worried, Mrs Kelly. Look, I’m sorry. Brian said to give you a hand if you needed it, but you don’t, not really.’

‘That’s all he said.’ He wouldn’t meet her eyes. He shrugged.

He was already turning away. ‘He’s good.’ He didn’t pause outside the gate this time, but strode up the street with an almost jaunty air, as if he’d left down a burden.

His message mocked every rusty berry, ragged bloom, and clot of soil. It scrawled itself in mud on the hall carpet as Margaret, hoe still in her hand, trailed towards the kitchen, heart fluttering in her chest like Brian once fluttered in her belly,like he was rising right through her now, wings strengthening. She hadn’t recognised Will Doherty, but Brian’s message would have been no different, would it, if she had? She leaned the hoe against the refrigerator and took out her phone to call Tessie. 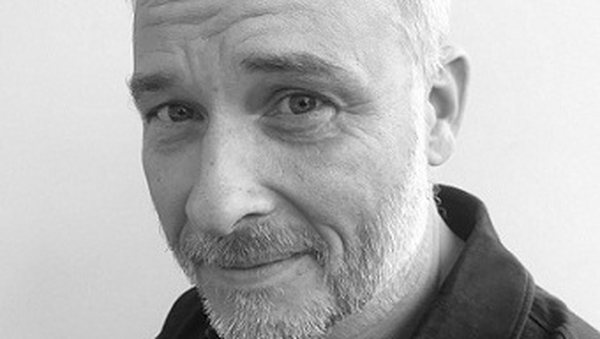