The venerable Dermot Bolger writes for Culture about his latest play, Last Orders at the Dockside, currently running at the Abbey Theatre as part of this year's Dublin Theatre Festival.

With Dublin’s docklands changed beyond recognition and ships now unloaded out of sight, it is hard to imagine how men once clustered at dawn to seek work at hiring spots, known as 'reads’, along the Liffey from the Customs House and City Quay down to the Point Depot. On Sir John Rodgerson’s Quay dockers crammed into a wind tunnel caused by the gasometer to hear a foreman shout out the nicknames of men chosen to unload coal boats that day. We see zero-hours contracts as a modern phenomenon but this concept sums up life in the early 20th Century for dockers –especially for those who were not unionised ‘buttonmen’.

Back then dockers needed not just enormous strength, but "enormous antennae" to guess what ships were due, because they only got one chance to find work. Before dawn men gathered at Butt Bridge to scan the quays to see which shipping companies had vessels moored, or visited "early house" pubs for news of who was hiring that morning.

Watch: Last Orders at the Dockside - meet the cast

In 1980, when Last Orders at the Dockside is set in such a pub, this way of life had been swept aside by the advent of container trucks, with fewer dockers needed to discharge cargos. Working conditions had improved, but the remaining dockers knew that the skills learned from their fathers – which once sustained a thriving community – were becoming obsolete.

However a community does not simply vanish, just because its jobs are vanishing. The families in Last Orders face the end of one way of life, but are immersed in living new lives in a fractured Ireland on the cusp of great social change. Seven months previously the Pope arrived to – as wags wryly remarked – "Kiss the ground and walk on the women". Unemployment and wildcat strikes were rampant. The East-Link Toll Bridge was not yet open. Divorce was an impossibility. Charles Haughey had addressed the nation, telling us we were living beyond our means. His bill was being enacted to legalise contraception, but only if a woman could find a doctor to write a prescription and a chemist to fill it.

Yet the first generation to experience free Secondary education were making themselves in bands like The Blades from Ringsend. Pirate radio stations filled the airwaves. Art centres and magazines sprang up. Not just on the docks but across Ireland – amid that maelstrom of change, amid family arguments, private griefs and triumphs, and against the soundtrack of songs people sang – a different nation was evolving.

A decade later in 1990, Ireland’s soccer team at Italia ‘90 sent national pride soaring with a sense of collective joy. In a smaller way in 1980, in a time of chronic unemployment and divisive social upheaval, Johnny Logan’s unexpected success in the Eurovision also provided an unexpected benediction, a night when people momentarily forgot their everyday cares and, in those moments as victory hovered, a nation held its collective breath.

Watch: Last Orders at the Dockside - meet the makers

As a child I saw the Dublin docks as a hidden world into which my seafaring father vanished on his weekly voyages. This play allows me to follow him through the port gates and into the sort of pub where he drank with dock workers. It is a celebration of their stories that form part of our history and belong on the stage of our national theatre.

Last Orders at the Dockside is at the Abbey Theatre from 23 September – 26 October, as part of this year's Dublin Theatre Festival - more info here. 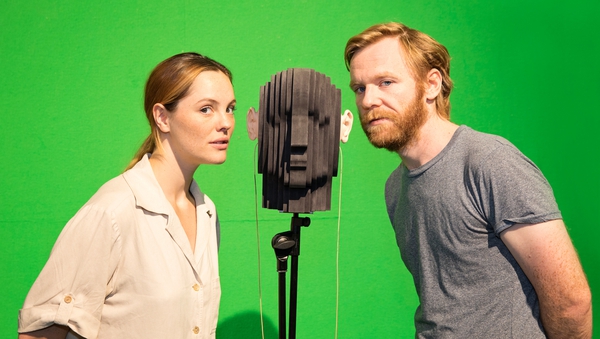