Legendary cartoonist Tom Mathews has been an Irish cult hero of choice since the mid-seventies - ahead of his appearance at this year's Kilkenny Animated festival, we asked him for his choice cultural picks.

It's the greatest comedy ever made... as they didn't try to dilute the humour with a love story. It is completely absurd and I love the absurd.

Alex Harvey was a Scottish guitarist born in the Gorbels... he played on stage in Hair and then went on to form his own band, and they're fantastic.

This is like a Google novel in the way it incorporates so many ideas and 66 languages. Joyce was a million years ahead of his time, and he would have loved the potential of the internet.

PLAY: THE IMPORTANCE OF BEING EARNEST BY OSCAR WILDE

Oscar Wilde wrote this masterpiece in 1895 and it is still packing them in. It's the funniest play in the world.

I live in Inchicore so I can see it anytime I like.

At the Sugar Club last Wednesday... I was one of two singers - it was great.

A spirited outing by the new line up of The Atrix at the Sugar Club. The chatty audience seemed to have a good time . The ensemble excelled on new song Joey. Kevin McAleer and Paula Meehan made thoughtful contributions, as did Tom Matthews. @theatrixdublin @sugarclubdublin pic.twitter.com/cIcU2yiakN

A paintbrush, or a pointy stick with a burnt end.

Theatrix; The Greatest Hits 1979-81... It's coming out next year, and I have written six songs... one is called Burn Down The Dáil, enough said.

Tom Mathews is at this year's Kilkenny Animated festival, which runs from October 4th - 6th 2019. 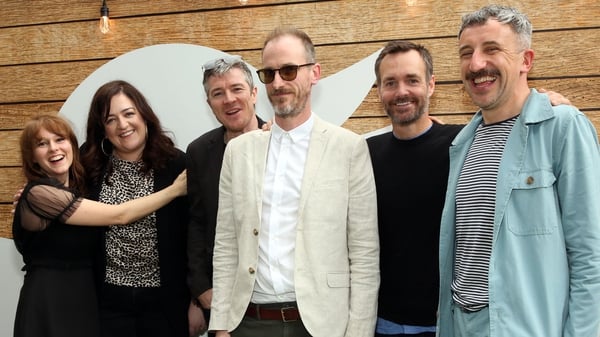