Kelly Anne-Byrne is one of Ireland's most in-demand DJs. Fresh from a triumphant appearance at this year's Body & Soul bash, she's appearing next month at Love Sensation, the new festival event from Dublin club promoters Mother aimed at the LGBTQ + community (and their many friends). In addition to regularly spinning records at a number of venues nationwide, she is also the host of The Beat Goes On on Today FM.

We asked Kelly-Anne for her choice cultural picks...

I last thing I saw at the cinema was the new documentary about Maradona and I absolutely loved it. My brother Stuart was a professional footballer, so Maradona was always on our bedroom walls at home when we were kids. I genuinely cried at the scenes of him playing football as a young man: he was mesmerising to watch. Asif Kapadia is a gifted documentary maker, both Senna and Amy took my breath away. I'm also looking forward to seeing Marianne and Leonard: Words of Love, the new documentary about Leonard Cohen and Marianne Ihlen opening this month in the IFI. I love watching anything about great love stories and I don’t think Leonard Cohen ever stopped loving Marianne, the letter he wrote her before she passed away is one of the most beautiful I have ever read.

I could write a book on this because this year has been one of the best years for album releases. I adore the new Colm Mac Con Iomaire album How to Catch A Star, it’s just so moving and unlike anything I’ve heard in recent years; a really special album. I’ve also been listening to the Black Pumas' new self-titled debut album on repeat, it’s a classic soul record that reminds me of the greats and gets better and better with each listen.

I’ve just finished Adam Kay’s This Is Going to Hurt (Secret Diaries of a Junior Doctor) and it is brilliant, I laughed (literally fell over with laughter) and cried in equal measures. There are so many funny moments and then others where you will weep but his incredible wit helps you get through the tears. I’ve also returned to Falling & Laughing: The Restoration of Edwyn Collins and it is as good the second time round. The story of Edwyn Collins’ recovery from a stroke is so inspiring and beautifully written by his wife Grace. His new album Badbea is terrific, by the way.

I was recently reading about Incantata, the one-man show by Paul Muldoon starring Stanley Townsend which takes place in the Gate in September, and it sounds beautiful. It was written about his partner, Mary Farl Powers, who he sadly lost at the age of just 43. It received rave reviews at the Galway Arts Festival last year and by all accounts is magnificent, so I don’t want to miss it.

I don’t have a TV, so I’ll have to quote something from Netflix here, I really loved Ricky Gervais’s Afterlife, it’s honestly one of the best TV series I’ve ever watched, not easy at times but life isn’t really meant to be. What’s beautiful about it is how it portrays that even in our saddest moments there are pockets of light everywhere if we look hard enough.

I’ve seen a ridiculous amount of great gigs in the last couple of weeks: New Order, Paul Weller, Stevie Wonder, Joan As Policewoman, and they were all brilliant. I felt all kinds of emotions at Stevie though, he’s one of the last great ones standing and he still sounds brilliant. If I were to recommend anything over the next few weeks it would either be An Evening With Shaun Ryder (Happy Mondays) in The Sugar Club on Friday 26th July, (probably one of the best interviewees ever) or Durand Jones & The Indications in Whelans/August 13th or Dolans, Limerick/August 14th, their new soul record American Love Call is one of the best albums of 2019.

It’s not on in Ireland but I really want to make the trip to Liverpool to see the Keith Haring Exhibition at the Tate, I’ve been obsessed with his work since I was a teenager. He created art during one of the most exciting periods in New York’s creative history, when music and art often went hand in hand. So many of the great disco records I love come from that period (late 70’s/early 80’s) and he collaborated with one of my favourite singers, Grace Jones, so I cannot miss it.

I think I’m the only person in the world who doesn’t listen to podcasts, so I’ll recommend two radio shows: I do my workout every day to the Glitterbox Radio Show, it’s terrific for both new and classic house and disco. I also love the brilliant Iggy Pop on BBC 6; his track selection is superb and varied and he always has his finger on the pulse in terms of new artists.

Most of the websites I use are connected to music, so I’d recommend both Juno and Traxsource if you are looking for both new and old music, I generally get lost for hours on both.

A recession. Just kidding! I think that Black Pumas are really going to take off in the same way Durand Jones & The Indications did, their new album is wonderful, and people have asked me about it again and again on my show when I play their tracks.

Kelly-Anne Byrne is appearing at Love Sensation, which takes place at the Royal Hospital Kilmainham on August 17-18 - more details here. 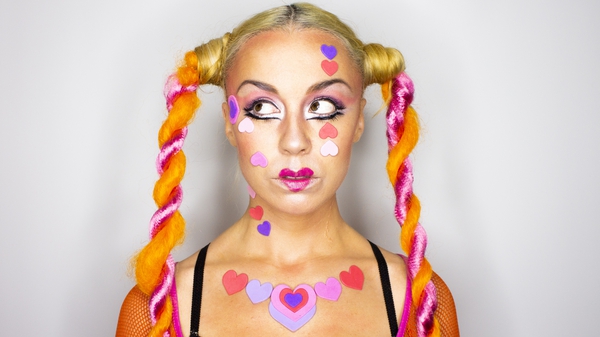