So you've released a killer debut album - what happens next?

From the 1960s through to the present day, 2fm's Dan Hegarty brings us through 20 Irish sophomore albums that are worth investing some time in... 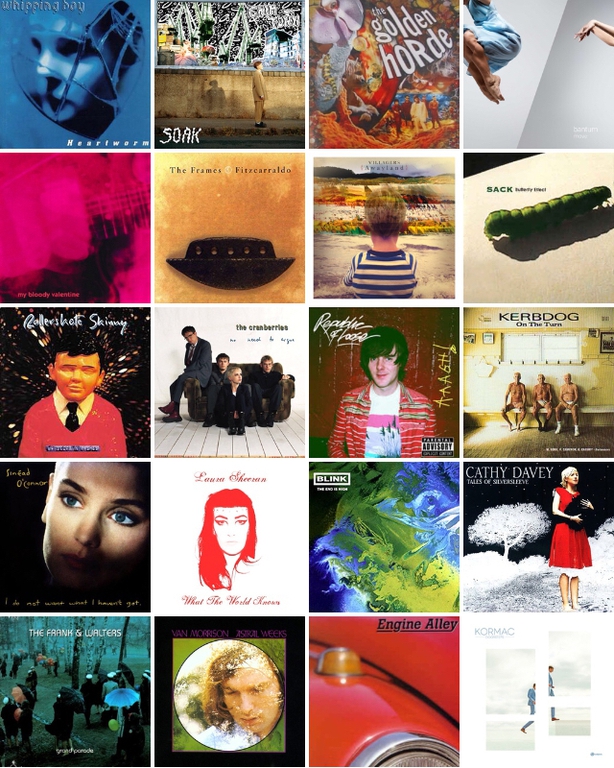 If you were to try and buy a vinyl copy of On The Turn these days, you wouldn’t see much change out of €200. Armed with glorious guitar soaked bangers like Sally, JJ’s Song, and Didn’t Even Try, it seems a mystery how this album didn’t catapult the band into those dizzy heights.

Acts like Biffy Clyro have regularly voiced their love of this album, and on the rare occasion that the Kilkenny band play live shows, songs from On The Turn always forms the core of their set. It was an exceptional album when it was released 22 years ago, and its charm and craft hasn’t faded whatsoever.

Sometimes a title tells you more about an album than you first realise. When you make an album that features multiple guest vocalists, you can either hang around for potential collaborators to get back to you, or you can jump on a plane and go to them. That’s what Kormac did when making his 2014’s Doorsteps.

You could say that ‘Loveless’ is more influential than it is famous. When the sub-genre that we know as shoegaze comes up, MBV are always the first band mentioned, While their debut ‘Isn’t Anything’ (1988) predates ‘Loveless’, it’s the latter that has been name-checked so much over the years.

The sound from ‘Loveless’ still makes your head spin; it’s a perfect storm of Goliath waves of guitar, soaked with an ocean swell of bass, drums, feedback, and siren-like vocals. ‘Sometimes’ is a masterpiece, and ‘Soon’, ‘Only Shallow’, and ‘What You Said’ have similar touches of greatness.

When you have success with your debut, the conundrum is do you jump straight back in and get a follow-up recorded quickly, or do you take a bit of time and figure out your next steps carefully?

After winning the RTE Choice Prize, and receiving a Mercury Music Prize nomination for her debut ‘Before We Forgot How To Dream’, Soak opted for the latter with her sophomore album ‘Grim Town’. You can hear how she’s grown as an artist on ‘I Was Blue, Technicolor Too’ and ‘Missed Calls’. It’s a very accomplished follow-up album.

In a parallel universe Republic Of Loose would be traveling the globe by Learjet, headlining shows of their choice, but we’re in this universe unfortunately.

‘Aaagh!’ is perfectly balanced with pop tunes like ‘Comeback Girl’ and ‘You Know It’, and edgier Funked up live favorites such as ‘Somebody Screamed’ and the pretty much flawless ‘Break!’ It’s such a shame that that this album (and band) didn’t get in front of a much larger audience.

If you want an example of outsiders, then Rollerskate Skinny are a perfect fit. In the midst of the white heat of Britpop, they offered up this offbeat beauty filled with would-be anthems. Someone once described them as a group of misfits; while the band members may have found this a touch insulting, it didn’t do the mystique that surrounded them any damage whatsoever.

To this day ‘Speed To My Side’ still sounds gigantic, and the jilted pop beauty of ‘Swingboat Yawning’ and ‘Bell Jars Away’ add another layer to this under appreciated cult masterpiece. If you happen to be flush with cash and possess a left of centre taste in music, you might consider paying for this to be re-issued on vinyl (just a thought).

Bantum’s real name is Ruairi Lynch, and he’s best described as a one-man tunesmith (that’s not a real word, but let’s allow it for now). It’s not just his strength as a songwriter and producer here, its his ability to select the correct collaborators for his songs.

‘Move’ jumps and dances through seven tracks, and what it may lack in duration, it makes up in sheer quality. Stand-out moments here are ‘Take It’ featuring Loah, the collaboration with Rusangano Family and Senita ‘Feel Your Rhythm’, and not forgetting the pulsing magic of ‘Voodoo Sweat’ which features vocals from Louize Carroll and ex-Republic Of Loose gent CC Brez.

A lazy comparison for The Golden Horde was always to say that they sounded like the Ramones. In truth, there was a lot more to this band, and they illustrated this is quite some style (and swagger) on this album.

From the daytime radio favourite ‘Friends In Time’ to more raucous ‘Endless Weekend’ and ‘Have A Scene’, it’s a complete album. It also contains one of the best rock tunes that has ever been produced by an Irish act; ‘100 Boys’ is an alt rock gem that still sounds great when it’s played alongside current acts like Idles and Fontaines D.C.

Some artists are able to juggle numerous projects at one time, and make each of them sound like they have taken every second of their waking creative hours to perfect. This was certainly the case with in 2012 with Laura Sheeran. She was one part of ‘alien pop’ duo Nanu Nanu, and she somehow managed to bring us the enchanting ‘What The World Knows’ too.

It’s a mysterious collection of songs; darkly poetic lyrics to a backdrop that ranges from the bright cinematic tones of the title track, to the eerie ‘Death Of A Star’. You could probably try and categorise the album using a combination of sub genres, but sometimes it’s best to just enjoy things for what they are, and this should certainly be enjoyed because it is quite special.

What does a band sound like after three years of touring their debut album? They either implode and break up, or become a much better band. Engine Alley improved immeasurably following their debut ‘A Sonic Holiday’. They were a potent force in their early days, but by the time they recorded ‘Shot In The Light’ it was evident that they’d matured as musicians and individuals.

The glam was replaced by a more pensive image, and the songs just flowed: ‘Machines’, ‘Innocent’, ‘I Can’t Help You’, and ‘Steal Your Money’ were steps on from earlier tracks like ‘Mrs Winder’ and ‘Switch’.

When you’re discussing classic albums, ‘Astral Weeks’ is always going to enter that conversation at some point. Some say that its brilliance is in its simplicity, but that’s only a small part of it.

How could an artist in their early 20s write songs like ‘The Way Young Lovers Do’ and ‘Madame George’? It’s music that should have really taken a lifetime to create, but Van Morrison did it at an age where most

of us were trying to figure out the basics of life. More than half a century since its release, it’s still as poignant and beautiful as ever.

It was 27 years ago this summer that The Frank & Walters graced the NME Stage at Glastonbury. Not even they could have predicted that they would still be an active band in the years 2019. That Glastonbury appearance took place just months before the release of their debut album ‘Trains, Boats and Planes’.

Fast forward five years, and The Franks were back with ‘Grand Parade’, which many cite as their finest work (2016’s ‘Songs for the Walking Wounded’ would run it close). ‘Grand Parade’ is an album that has everything that a fully formed album should have; strong songs, memorable choruses, and it really give you an idea of who The Frank & Walters were and are as a band.

At the time of its release, Ann Scott described her second album as "An eclectic collection of songs and stories dealing with themes of duality, humanity, plurality and power." If you had been a fan of her 2003 debut ‘Poor Horse’, this album was most likely everything that you’d hoped for, and quite a bit more.

The cast of guests that appear on it (acclaimed vocalists Katell Keineg and Carol Keogh, and Graham Hopkins of The Frames and The Swell Season) add further weight to this highly impressive album. You should take a listen to ‘Mountain’, ‘Imelda’, and ‘Hot Day’ immediately!

There are two versions of The Frames’ second album ‘Fitzcarraldo’; one which they funded themselves, and another that their then label ZTT released the following year. This was a drastically different album to their 1992 debut ‘Another Lovesong’.

Tracks such as ‘Monument’ and ‘Angel At My Table’ from ‘Fitzcarraldo’ have become solid favourites with Frames fans, and the single ‘Revelate’ ranks as one of the finest Irish songs of all time. It’s hard not to be struck by the passion that has been poured into this album. At times when listening to ‘Fitzcarraldo’, it really does feel like you’re sitting in the same room as the band playing these songs.

Jeff Martin – 'Spoons' (Casino Gravity, 2004) This beautiful album slipped out quietly in 2004 to modest applause. Charming isn’t a word that’s used very often to describe music, but it’s the perfect word to encapsulate what Jeff Martin has put together. These joyous songs would lift your spirit on the grayest of days.

The album opens with the poppy ‘Magnet Line’, before taking a number of fascination twists and turns. Highlights along the way include ‘Balancing Act’, ‘Make Change’, and ‘Shuttlecock’. It concludes with the stunning strings of ‘Augustine’.

Time has a habit of almost erasing the existence of some groups. In the late 1980s and early 1990s That Petrol Emotion’s prolific creative streak could only be match by their sheer lack of luck with regards to making a major breakthrough. Out of all five of their albums, ‘Babble’ is the only one that cracked the UK Top 40.

With the combination of the band’s streamlined playing and vocalist Steve Mack’s charisma, you would have bet your house on them gaining global recognition. ‘Big Decision’ and ‘Swamp’ hold up well 32 years after their initial release.

It was January of 2013 when Villagers unveiled the follow-up to 'Becoming A Jackal'. Met with a resounding thumbs up, it balances experimentation with more traditional sounding songs. If the debut album was an introduction to the music of Conor O’Brien, {awayland} was the beginning of what we now know as Villagers the band. There’s a charming quirkiness throughout the album, one which was evident on his 2018 album ‘The Art of Pretending to Swim’.

Where do you begin when talking about Whipping Boy’s ‘Heartworm’? Do you talk about the unorthodox beauty of tracks like ‘A Natural’ and ‘The Honeymoon Is Over’? You could focus on Fearghal McKee’s intense lyrics, or the brute force of Paul Page’s guitar. The first thing that most people mention is how did ‘We Don’t Need Nobody Else’, ‘Twinkle’, and ‘When We Were Young’ not become universally known songs? Next year marks 25 years since the release of ‘Heartworm’; let’s hope it sparks off a new wave of interest in this underexposed classic.

The impact and popularity of No Need To Argue can’t be overlooked. In old music industry speak; it sold more than 17 million copies, which is staggering. The Cranberries became the biggest ‘new’ band in the world with their debut, and they wasted no time at all releasing album number two (approximately 18 months.) Zombie became an instant anthem, while Daffodil Lament and Dreaming My Dreams showed that they had grown into a band that possessed a full palette of colours when it came to penning memorable songs.

Clocking in at just shy of an hour, The Big Romance is thus far David Kitt’s most commercially successful album. The sleepy, slacker strumming of What I Ask and Step Outside In The Morning Light sit perfectly with upbeat tracks such as Pale Blue Light. If you were to play this album to fans of Kurt Vile and Courtney Barnett, they might just implode with delight! You’d be doing yourself (and David) an injustice to discount the rest of his back catalogue. Last year’s album Yous is worth delving into, as is 2009’s The Nightsaver. 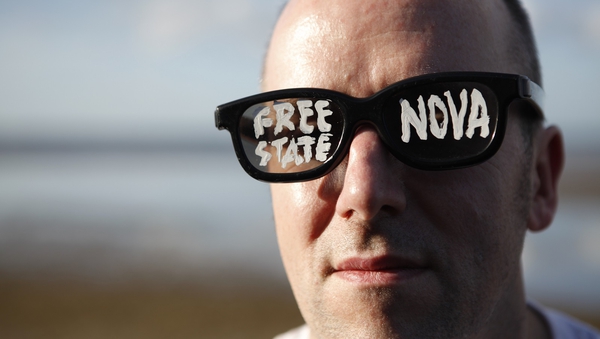