Author Christy Lefteri spoke to Sean Rocks about her new novel The Beekeeper of Aleppo for RTÉ Arena - listen to their interview below.

The Beekeeper of the title is Nuri Ibrahim, who lived with his wife Afra in the Syrian city of Aleppo. War shattered their lives, forcing them to leave Syria in an effort to find a new life in exile. Settled in Britain, it is now that Nuri looks back in horror at the journey they made from Syria to the UK.

Author Christy Lefteri was inspired by her own life experiences. In 2016, she was visiting her father who lived on the far side of Cyprus. One day sitting on a beach looking out towards the Syrian coast, she was consumed by the war taking place just a boat ride away. When she got back to England she decided she was going to volunteer and set out to work in a migrant camp in Athens. There she listened and eventually began to write down the stories she heard of the traumatic experiences of the people who had fled Syria. Christy was so affected by what she heard that she decided to write a book about it.

The idea that people, like Nuri in the novel, bottle up traumatic experiences, came from an exchange Christy had with her father. When she told him she was writing a book about Syrian refugees, he confided that he had never been able to speak about his own experience of war during the Turkish invasion of Cyprus 1974, they were so painful he didn't want to burden his family, but he had thought about the people he had lost and the horrors he had seen every day of his life. Christy believed that even though he had not shared his memories of that time, that they had seeped into her subconscious "like a rumble underground".

In The Beekeeper of Aleppo, it is Nuri’s friend Mustafa who had escaped Aleppo shortly before him that keeps the family going through e-mails as they fight to find safety. Mustafa, who introduced Nuri to beekeeping is a sage, and in his e-mails, he offers wise words such as "People are not like bees they do not work together. We have no real sense of the greater good".

The Beekeeper of Aleppo by Christy Lefteri (published by Bonnier) is out now. 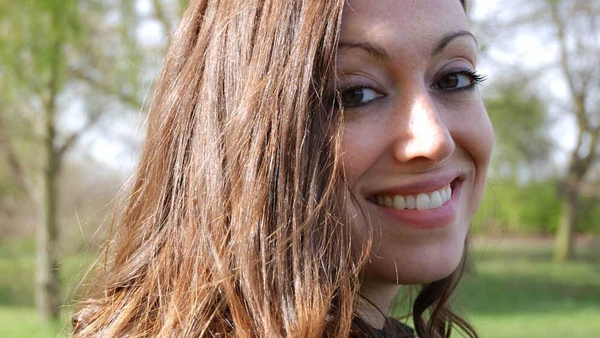 Being Various - inside the new Irish anthology Books