Hilary Fennell, director of the acclaimed RTÉ One documentary Exhibitionists: Road to The RHA writes for Culture about her film following seven artists attempting to have work accepted for Ireland’s most important open call art exhibition - watch Exhibitionists now on RTÉ Player.

I got the idea for this documentary by chance. I love taking photos, the quirkier the better. I was showing a friend of mine a selection of what I thought were works of genius when he suggested I enter them into the RHA Annual.

‘But I’m not professional.’

For years I'd known that The Annual is one of the most important dates on Ireland's cultural calendar, but I hadn’t realised that absolutely anybody can submit work in the hope of having it exhibited onto the hallowed walls of the RHA, and, even sold. I’m pretty sure that he was joking when he suggested I enter, as my ironic shots of cuddly toys are unlikely to ever make it past the vigorous judging process, but it got me thinking: how about following a selection of people trying to get in, to see how democratic the process really is? Now that’s an idea for a documentary.

I’ve long been interested in why people create so, with my co-producer Mark Mc Loughlin, we set about finding artists with interesting stories and a passion for getting into the RHA. By November, we’d a shortlist of 30. By December we’d our final seven. On a freezing day in January, we began filming.

One of the great pleasures of making this documentary was travelling around the country with talented cameraman Steve O’Reilly, observing how each artist works and finding out what drives them to create. From the wilds of Connemara where a 92-year-old explains how print-making keeps her young; to a freezing barn in the midlands where a young woman battles depression through her art; to a windswept Dingle where a sculptor makes art from recycled bicycle tyres; to Limerick where a former cannabis dealer explains how he learned to paint in prison; to Westport where a 19-year-old and her father encourage each other to create; to a young mixed race Dubliner whose paintings explore themes of identity.

The most nerve-wracking part of the film was the competitive, blind selection process. A panel of six artists spent a week choosing just 300 pieces from 2650 entries. When the first three of our pieces didn’t get in, I began to worry. If none of the seven got in, we had no programme I won’t spoil it by telling you who got in, all I’ll say is that I was soon able to breathe again freely. The judging process raises some interesting questions about art. What makes it good? The selection is entirely subjective. A different panel might have chosen a completely different 300 pieces.

Since then, I’ve been working with editor Guy Montgomery, who waved his magic wand over the footage and with composer Daragh Dukes. Thanks to the RHA for allowing cameras behind-the-scenes at the 196-year-old institution for the first time and to RTÉ’s Sarah Ryder and Aifric Ní Chianáin for their support. Heartfelt thanks to the seven featured for allowing us to film their process, and, in some cases, to witness how they deal with rejection.

Do watch Exhibitionists to find out who got into the RHA Annual.

You may be surprised. 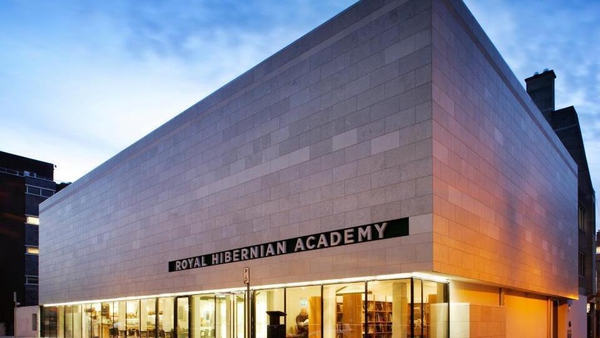 Exhibitionists: Abigail O'Brien on why The RHA matters