Hip hop and street music is alive right now. Arguably more alive than it’s ever been before. And it’s not just the music. Every facet of hip hop’s evolving culture now touches the lives of millions of people every day. From fashion and photography, to graffiti, art and entrepreneurship, its socio-cultural impact on the world is profound.

It’s exciting times in the evolution of a genre that was born little more than 40 years ago in the south Bronx. The birth of hip hop gave voice to a generation that felt they had none. At a time of social and political unrest in marginalized communities, hip hop became the vehicle of choice for young people to express themselves, and fight back.

That voice continues to echo in every country around the globe, including Ireland. Our journey with hip hop began in the very late 80s, with a group of pioneers who unashamedly wore their Irishness in every bit of their art. Those groundbreakers may never have foreseen what their fearlessness and creative endeavor laid the foundation for.

The birth of hip hop gave voice to a generation that felt they had none. At a time of social and political unrest in marginalized communities, hip hop became the vehicle of choice for young people to express themselves, and fight back.

Hip hop in Ireland now is a growing and vibrant scene, in all disciplines. Artists are making their stories, voices and experiences heard, through the prism of Irish life in the culturally diverse & exciting Ireland we are becoming. Our story as Irish people is one of the last few stories that the world has yet to hear fully through the vessel of hip hop. But that’s now changing.

Over the last number of decades; Hennessy with its own rich traditions, has always supported Irish talent in music, arts and culture, and it’s a brand synonymous with hip hop music. That support continues to evolve to this day and it’s for these reasons I was honoured and extremely excited to collaborate with them to curate the Midnight Circus stage at Body & Soul this year.

Taking to the stage to set hands and spirits rising will be Manchester hip-hop songstress IAMDDB with her heady mix of hip hop, pounding trap and silky Afro jazz; genre-defying rapper and BBC Sound 2019 winner Octavian; multi-award winning South London female rapper Miss Banks and West Belfast trio KNEECAP, who have been garnering recent critical acclaim, and will rap as Gaeilge. As well as an appearance from Mango and myself, we have one other Irish act who’ll be announced in the next few weeks...

The line-up for the stage is a true reflection of hip hops international reach and diversity. I'm proud to say that exactly half of our stage is made up of Irish acts, which shows the strength of talent this country has to offer. The other 50% is made up of some of the most exciting, eclectic and sought after artists in the game right now – both male and female.

From beginning to end, Friday night at the Midnight Circus stage will be an artistically rich experience celebrating Irish and international talent, and in the truest essence of hip hop - a raucous party! 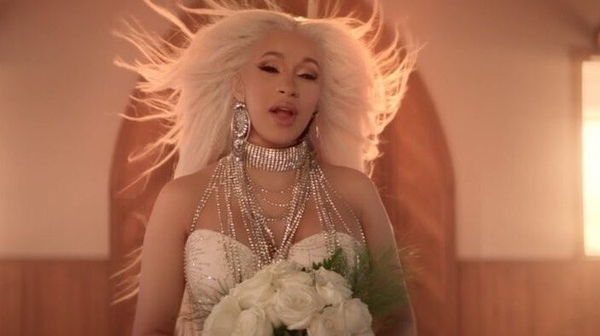