"I remember getting my first death threat, and I was like, 'Yay! I'm officially famous, someone wants to kill me'. It's just something you get used to. You're going to open up your messages and get profanity-laden crap the odd time, but it's a thing that's expected."

These are the words of Sir Stevo Timothy, one half of comedy duo Farmer Michael and Kathleen. We spoke last year following the success of their Beast from the East parody skit, a video that earned them over four million views on Facebook.

At the time, the comedy couple were reaping the benefits of their hard work and prepping for their Vicar Street show. It should have been the time of their lives. However, with great success comes great internet trolls and both Steven and his partner Sinead were inundated with insults, criticism and even death threats on social media.

One year on, we sat down with the duo as they prepare for yet another Vicar Street gig to discuss the highs and lows of their internet-based careers. You can watch the interview in the video at the top of the page.

"The death threats haven't been as frequent," Sinead assures us.

On their worst day, comedians fear getting heckled  -a kevlar vest rarely comes into the equation - so how does one deal with such threats?

"People were asking if I would cancel the Limerick concert so I went down with a fake AK47 and a stab-proof vest and went out on stage and I was like 'If you're here tonight, please do it'."

You'd be forgiven for thinking that the hostility that follows the performers seems completely over the top, considering their material parodies an Irish farming couple - and that's because it is. For the most part, two things come into play when it comes to their online abuse: misconception and misogyny.

Fourteen years ago, the now 36-year-old comedian was left in a wheelchair following a motorcycle accident. Since then, he has been incredibly open about his struggles with anxiety and has advocated for men's mental health. Despite this, when he posted a tribute video to Keith Flint, following the frontman's suicide, he was met with a vitriolic response.

"We can all appreciate how Keith Flint passing away can affect anyone watching the video, we appreciate that it upsets people, but there's no need to take it out on how Steven wanted to pay tribute to someone who was his idol," says Sinead.

"People didn't wait to listen to the end where I talked about dark depression and how men don't talk - they just watch the first few seconds and jump on me," he agreed.

For Stevo, the abusive comments come from viewers who dislike or misunderstand his comedy. For Sinead, the hostility stems from the fact that she is a woman - plain and simple.

"I've turned all my social media private because it's all men, all the time, just picking on my appearance," she says. "I wake up every morning to read 'what's wrong with your nose', 'you look like a man in drag', just all this crap."

Hearing the couple describe the abusive messages they get on what it seems to be a daily basis, it's a wonder that they don't call it a day, switch off their phones and hide away from the world. But, in the wise words of Lady Gaga: "There can be 100 people in a room and 99 of them don't believe in you but all it takes is one."

"I send Sinead the messages we get sometimes from people who have lost daughters and [say that] the videos are the only thing that got them through it, or they're doing chemo or lost a kid. I'll screenshot them and send them to Sinead and say 'this is what we do, this is the effect we're having on people'."

Speaking of Gaga, Stevo knocked the pop star off the charts for a time with his charity single All in His Head, a song he wrote to raise awareness of the realities of mental health sufferers in Ireland. You can find it here.

As well as a burgeoning music career, the comedians have found success further afield; they walk on stage to standing ovations in the UK, their videos have been played on American televiosion, and they have found an international fanbase thanks to social media.

"People told us at the beginning that our stuff wouldn't travel to Dublin - it was too West of Ireland orientated - and just the explosion of where it's gone... we were on Fox News, CNN, we were on American and English TV before we were on Irish TV," he continued.

"Your heart fills with pride sometimes. I got snaps from people on Paddy's Day when they were showing our sketches on big screens in pubs and everyone was pure silent watching them. Money can't pay for that feeling," he smiled.

Farmer and Michael and Kathleen are on tour now, you can find tickets here. 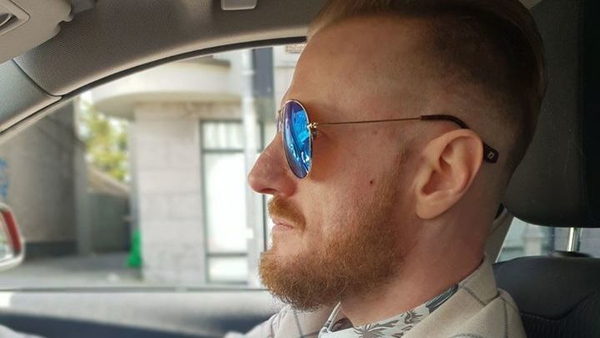 Farmer Michael: "I remember when I got my first death threat..." Comedy