RTÉ 2fm’s Dan Hegarty looks at 15 other Irish debuts from the recent and distant past.

Released towards the end of 1980, nobody could have predicted what would be the future trajectory of this band. While Boy isn’t discounted, its quality is often forgotten; The Electric Co., A Day Without Me, Out Of Control and I Will Follow are the spine of an album that has aged gracefully.

From start to finish, Holding Hands With Jamie is a big, distorted and marvelous wall of noise. Signed to the iconic Rough Trade label, who released albums by The Smiths, Virgin Prunes, and The Strokes, Girl Band’s debut has been the source of much inspiration for a new generation of musicians in Ireland. The Irish Times review summed it up perfectly: "Greatness, grit, gravity, gleeful, Girl Band’s debut album is all of these and more."

Affectionately known as SK1, this album is bulging with earworms. Simple Kid is the moniker of Cork gentleman Ciarán McFeely, who created glorious wonky pop tunes like The Average Man, Truck On, and Supertramps and Superstars. His 2006 follow-up would be just as good; we’re keeping our fingers crossed for a third album.

In many ways, Power Of Dreams were in the early 1990s what Fontaines DC are in 2019. The media had run out of superlatives for the Dublin band, and by the time their debut album came out in 1990, it really did seem like anything was possible for them. Featuring anthems like Stay, 100 Ways To Kill A Love, and Never Been To Texas, it’s one of the finest Irish debuts ever released.

Once described as ‘Karate punk’, Fight Like Apes arrived with the kind of momentum that you’d associate with a locomotive traveling at full speed. With wonderfully quirky songs and an impossibly engaging live presence, they gave us two EPs within their first two years. Their 2008 debut album managed to capture exactly what they were about, and saw them tour extensively around Ireland and Europe with acts like The Prodigy and The Von Bondies. Their track Lend Me Your Face is a flawless piece of spiky pop wonder that clocks in at an even two minutes.

There are more than a couple of comparisons between The Pogues 1984 debut ‘Red Roses For Me’ and Fontaines DC’s ‘Dogrel’. The music on the albums have a strong sense of place, and the songs from both managed to translate far beyond the shores that inspired them. The chaos and anarchy and could-give-a-damn attitude of tracks Sea Shanty and Streams Of Whiskey still hold their potency all these years later.

"Wait a minute, where’s me jumper?" It’s amazing how these six simple words have stuck with people over the years. If you’ve listened to this album, you’ll know that there’s a lot more than just one outstanding song on it. The Sultans went from being local favourites to selling out UK tours and being on Top Of The Pops. Casual Sex In The Cineplex has an embarrassment of raucous riches; from Back In A Tracksuit to Stupid Kid, U Talk 2 Much, and Give Him A Ball (And A Yard Of Grass).

Some albums help to define a particular point in time, while others are stacked from start to finish with songs of immense quality. Rusangano Family’s RTE Choice Prize Music Prize-winning debut fits both of these descriptions. From the foreboding Heathrow to rhythmic Soul Food, the Limerick-based trio made what can legitimately be called a debut that doesn’t leave you wanting for anything.

While her global breakthrough would come three years later with 1990’s I Do Not Want What I Haven't Got, The Lion & The Cobra was a big and quite brilliant statement. Rolling Stone, Hot Press, The Village Voice, and The LA Times raved about it, and it went Top 40 in both the US and UK in a time when the charts were a more accurate reflection of what music people were listening to. Stand out tracks include Just Like You Said It Would Be, Jackie, and singles Mandinka and Troy.

Former Cap Pas Cap member Gráinne Dee reemerged last year with this debut solo outing. All of the eight tracks are suitably different, but they knit together perfectly. Lead single Frustration sounds like the younger relative of Public Image Limited’s Public Image. Other debuts may have gained more success than this, but don’t let this mislead you about the quality of this album.

There are few albums that open with the kind of incendiary guitar riffs as Taste’s 1969 debut. Blister On The Moon never lets up for its duration of just shy of three and a half minutes. It’s an album of delicate contrasts too; Born On The Wrong Side Of Time is yin to the opening track’s yang. Catfish is an eight-plus minute jam that showed another side to the young trio. Gallagher would go on to become one of the most revered guitarists in modern music. Taste still ranks as one of his finest moments.

May of 2003 was all about The Thrills and their debut album. It was the source of wild excitement in the weeks leading up to its release, and left people in raptures after they finally got to hear it. It rolls from pop gem to pop gem, and manages to avoid hitting a bum note. The singles Santa Cruz (You’re Not That Far), Don’t Steal Our Sun, Big Sur and One Horse Town are highlights, but there are plenty of others. On a side note; the band’s criminally overlooked third album Teenager (2007) is really worth listening to, if you haven't had the pleasure.

JJ72 were the first Irish band to make an international impact in what seemed like centuries! The mid and late 1990s had been a largely barren patch for Irish music where international success was concerned. Armed with tracks like Snow, Undercover Angel, and Long Way South, JJ72’s brooding debut made the jump from critic’s favourite to a mainstream success.

Although Ash were never really full-blooded Britpop family, their debut 1977 certainly got their name on the poster. It seemed at the time that the trio could do no wrong, and this album certainly added weight to this theory. Some still view it as their finest work, followed by 2001’s Free All Angels and last year’s Islands album.

Métisse’s My Fault has in many ways become one of those great forgotten Irish albums. Initially released in 2000 by the duo (Aïda Bredoua and Skully), it features the singles Sousoundé and Boom Boom Bâ. The latter would feature on the soundtrack to Madonna's movie The Next Big Thing alongside tracks from Madonna herself, Groove Armada, Christina Aguilera, and Beth Orton. If you’re looking for a debut album with an individual identity, this is one of the best examples. 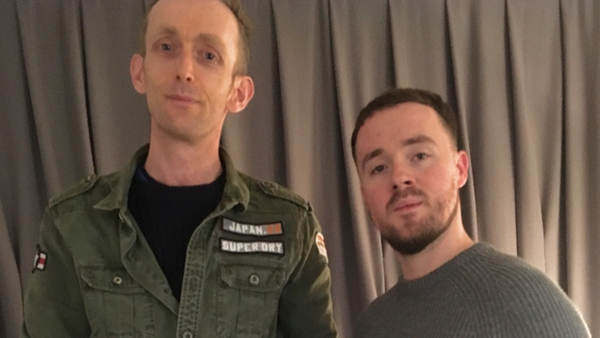