Fieldnotes from the Border #2, opening on Friday 29th March at the Regional Cultural Centre Letterkenny, presents work by leading contemporary artists working along the Irish border. The specially devised exhibitions and installations in the show are intended to reflect the current anxiety raised by the prospect of the imposition of a hard border.

Artist Anthony Haughey writes for Culture about his approach to exploring Ireland’s border.

I moved to the Louth/Armagh border in 1997, it was during the N. Ireland peace negotiations. After the Good Friday agreement was signed the border was slowly demilitarised. In the summer of 2005, from my garden I could see Chinook helicopters transporting dismantled watchtowers away from the hillsides of south Armagh, it was rumoured that they were bound for Afghanistan, another disputed territory. 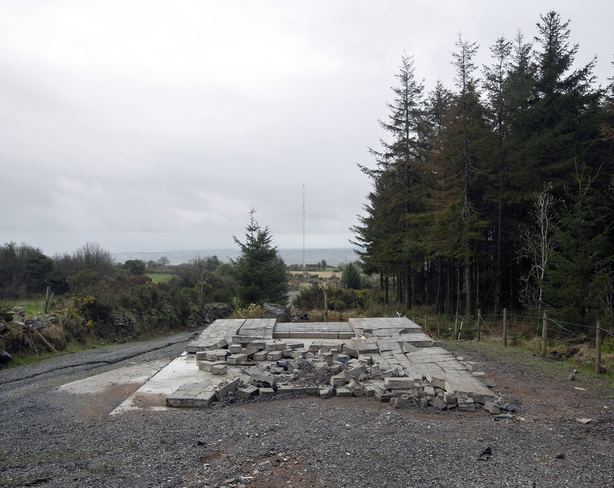 I have traveled regularly throughout the border region, from Carlingford Loch in the east to the River Foyle in the west. The result of this work was Disputed Territory (2006), it included a wider European perspective on disintegrating and contested borders including photographs and videos produced in the former Yugoslavia. Despite this particular conflict, Europe has remained relatively peaceful since the Second World War and membership of the EU has played a significant role in promoting harmony amongst member states.

All of this informs my approach to exploring Ireland’s border once again to produce new work for a series of exhibitions on the eve of Brexit.

During my research for this new work, I came across an interview with French cultural theorist Paul Virilio. In the interview, he said, "What shall we dream of when everything becomes visible? We'll dream of being blind." It triggered a memory of watchtowers and border surveillance. Virilio had observed that there was no longer a ’Blind Spot’ (the title for my video installation), to live unobserved and free from state surveillance. The notion of a blind spot was also a forceful metaphor for the willful ignorance expressed by British politicians in relation to Ireland’s border.

To make the video installation I teamed up with expert drone pilot and photographer, Ken Finegan; together we have flown sorties throughout Ireland’s seamless border. The sound of the drone filming above a scrap yard in south Armagh led to an awkward conversation with the owner, who informed us that the border runs through his property. 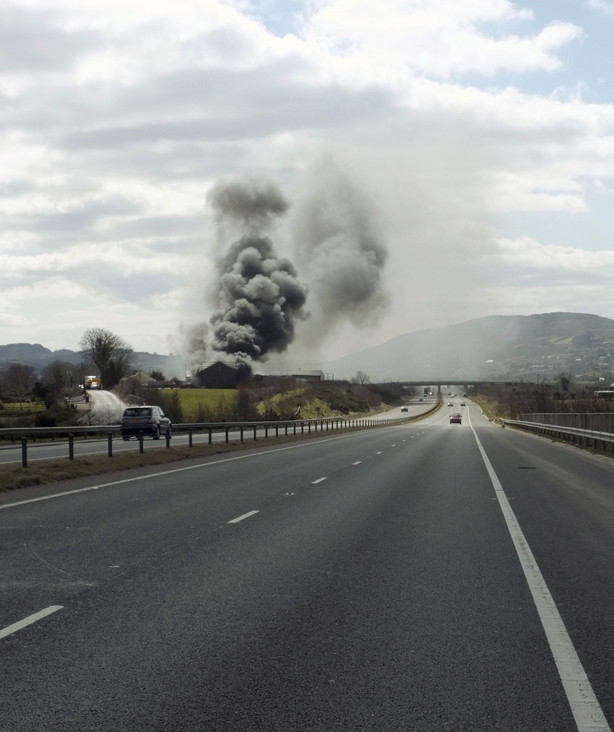 The resulting video installation in RCC, Letterkenny consists of 4 projectors pointed towards the ground simulating the privileged position of British army helicopter pilots who controlled the skies during the Troubles. Visitors can walk into each projector beam and observe various border crossings and the vernacular architecture of anonymous border sheds, scrap yards, former border posts and a ‘blown up’ railway bridge lying in a river neatly divided by the Cavan/Fermanagh border.

The bridge was destroyed by the British army in the 1970s to prevent incursions from south to north. Visitors to the exhibition will experience the border from the sky as well as a series of large-scale photographs on the walls. In one image British soldiers are immersed in a Turneresque landscape. In another, a young Irish/African woman stands on a makeshift bridge surrounded by parked up freight trucks waiting at the border for who knows what?

Fieldnotes from the Border #2 runs from 29th March - 18th May at the Regional Cultural Centre, Letterkenny - find out more here. 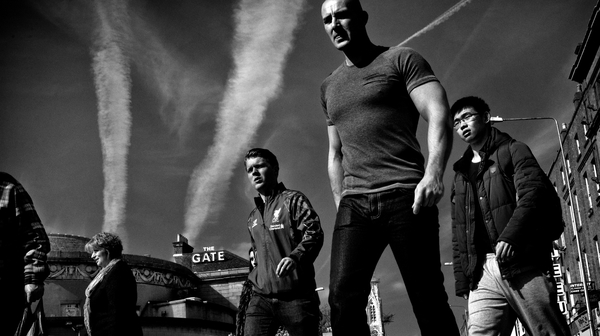 Watch: Made In Dublin - Eamonn Doyle's city of dreams