This week's Poem Of The Week, presented in association with Poetry Ireland, is Solstice by Michael Dooley.

At the foot of the orthostat, a pagan girl seizes.

A cotton dress threshing on a line, she whips and flails

In dawn light. Signing the cross, a drunk

A child circumnavigates his mother’s leg.

The altar she has made by the sun passage,

Of cloth and candle, idol in oak twigs,

Blinks across the enclosure.

She moves in the mangle of a struck cat –

Fluent and mercurial as the triskelion on her leg.

Grange is woken now by the calf-scream of trumpets.

Hearing, for the first time, the Celt.

Figures move for the portal, side-step

Manure of weanlings shushed away at dusk.

And in the throat song, the bodhrán beat of frenzy,

They war with elbow and etiquette for viewing rights

Of a light that may shine through,

And do notice that she has stilled, and is smiling,

Having found her God.

About The Poet: Michael Dooley’s poems have appeared in The Stinging Fly, Banshee, The Penny Dreadful, and elsewhere. In 2018, he was featured in the anthology The Best New British and Irish Poets (Eyewear Publishing) and was shortlisted for the Cúirt New Writing Prize. He is a teacher, and lives in Limerick. 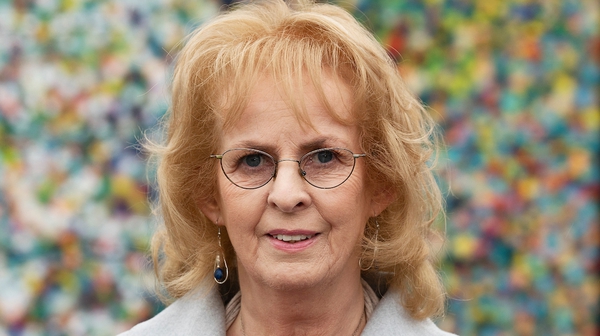