Puccini was inspired to write Madama Butterfly after seeing a play by David Belasco of the same name in London in 1900. Alongside his librettists Luigi Illica and Giuseppe Giacosa he used this play as the basis for what would become one of his most loved operas.

Originally set in Japan, the music draws from eastern influences to portray the Japanese characters such as Butterfly (also known as Cio-Cio-San) and her maid Suzuki. Eastern exoticism was hugely popular in Europe at the turn of the 20thcentury and Puccini went to great lengths to bring an authenticity to his musical representation of Japan. He carried out extensive research of Japanese music and even spent time with the Japanese ambassador’s wife, who sang folk songs to him so he could better understand the style. In contrast to this he created a totally different sound to represent the more brash American characters like Pinkerton and Sharpless, even using snippets of the Star Spangled Banner to emphasise their contrast to Butterfly and her world.

The music is said to be some of the most emotive that Puccini ever wrote. In creating the music for Butterfly, he imbues Cio-Cio-San with a strength and courage that is central to the story of the opera. Throughout the opera, she remains totally committed to her husband, Pinkerton, despite his long absence and trivial attitude to their marriage, and truly believes that he will return to her. Her faith is depicted beautifully in the aria Un bel di vedremo (one fine day we’ll see), sung by Cio-Cio-San as she waits patiently in poverty and loneliness for Pinkerton to return to her.

One of opera’s most famous choruses can be heard in the second act. This simple, short chorus, offers a brief sense of calm and serenity during the tragedy that surrounds it. As Cio-Cio-San’s maid Suzuki and her son are lulled to sleep by the serene simple lullaby, Cio-Cio-San keeps vigil in wait for Pinkerton’s arrival, with only her determination and resolve for company. The effect is made all the greater by the passionate music that follows at the start of Act III as Butterfly’s reality comes crashing down around her.

EXTRACT FROM THE HUMMING CHORUS FROM MADAMA BUTTERFLY

Loved by opera audiences everywhere, Madama Butterfly is one of the most performed operas in the world, and was a favourite of Puccini’s. The composer was quoted as saying "I still love Butterfly. I never listen with pleasure to any of my operas, with the exception perhaps of the last act of La bohème. But Butterfly, yes — everything!".

Madama Butterfly is at the Bord Gáis Energy Theatre from 24 – 30 March and at the Cork Opera House on the 4 & 5 April. Full details can be found here. 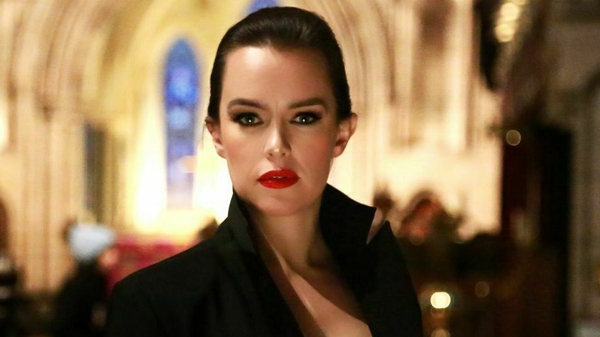 Something for the Weekend: Sharon Carty's Cultural Picks