We sat down with comedian Kevin McGahern to discuss his new tour Solo Pollo and his recent Twitter rivalry with one of his fellow comics. Watch the interview in the video above.

"I was really worried you were going to bring this up," says Kevin McGahern.

The comedian, who gained fame in RTÉ's Hardy Bucks and Republic of Telly, visited the familiar halls of the national broadcaster to discuss his new tour, Solo Pollo, and although we spent plenty of time chatting about the show, it's poster and his venture into spoken word poetry, we couldn't help but pry into his recent Twitter quarrel.

"I want to have some sort of resolution, so I'm thinking maybe a roast battle at some stage, where I am going to destroy him," he concluded.

Strong words from a comedian who is not typically known for his rivalries. In fact, looking back at Kevin's social media feed, the most heated debate is surrounding his tour poster and whether he should use 'flighty chicken' or 'settled chicken' for his promo shot.

In the end, he didn't have the heart to choose so combined the two together.

When we contacted 'Liam' for a response to this roast battle invitation, the comedian said that he would fully accept the call out and that he fully expects to win on account of Kevin being "a snowflake".

"I tell it like it is, " he continued. "He doesn't stand a chance and here's a taster: Kevin, your career is so dead, Jimmy Saville tried to give it a kiss."

Finally, the comedic persona laid down an invitation to McGahern: "Whelans, 6th of March, there will be blood. Be there or be square."

Describing comedy as a kind of therapy whereby you "just go out and shout into strangers faces and they give you money", Solo Pollo will bring audiences on a journey into Kevin's 'flighty chicken' worldview, including some "really relatable material" from his recent marriage, spoken word poetry with a charming Dublin accent and even a few musical numbers.

Watch the video above for a taster of his spoken word poetry, but be warned your cloak may soon be soaked with the tears of the Liffey...

Tickets for Solo Pollo are on sale from €14 now from local venues and websites. 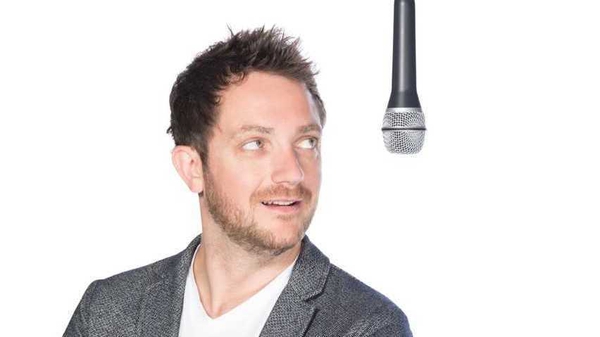