I have long been an admirer of Kevin Barry’s writing. He has such a unique voice, what really struck me was what a powerful sense of place he has. The rural world he describes seems to be in terminal decline, everybody is f**king everybody else, but what struck me most powerfully was the humour its pitch black -my kind of humour.

I had been doing a lot of UK and US TV work, I was looking for something of my own to do something more personal I suppose. I was introduced to Kevin’s short stories by Tommy Tiernan, I was blown away by them and I was particularly drawn to Breakfast Wine. I got in touch with Kevin straight away. I thought it would make a perfect short so I brought it to Michael Garland and we got financing from the Film Board.

To watch your film with an audience is always a nervous experience, but it’s also fascinating to see what they respond to, what they connect with.

It did well on the festival circuit, won a few prizes and that’s when Kevin and I started talking about a feature. So for a couple of years between other projects Kevin and I developed the script wherever we were, we’d have these long Skype sessions. I think we went through six or seven drafts before we felt we had a film. Getting a film off the ground can be a frustrating process, with many ups and downs, but I think we both had faith in it and Michael Garland was always confident we could get it financed.

One of the things about working abroad as much as I do is that you lose touch with what’s going on at home. It was so exciting for me to meet all these new Irish actors - Peter Coonan, Moe Dunford and Charlie Murphy. What a revelation, they were so great to work with it. To work at home was such a delight, our crews really stand up to the very best, Cathal Watters is such a fine DOP I’m very proud of the world we created.

To watch your film with an audience is always a nervous experience, but it’s also fascinating to see what they respond to, what they connect with. We had a preview last year; it was a packed cinema, and Kevin and I sat at the very back. It was so wonderful to hear the gasps and the laughs, I cannot wait for the Virgin Media Dublin International Film Festival screening. 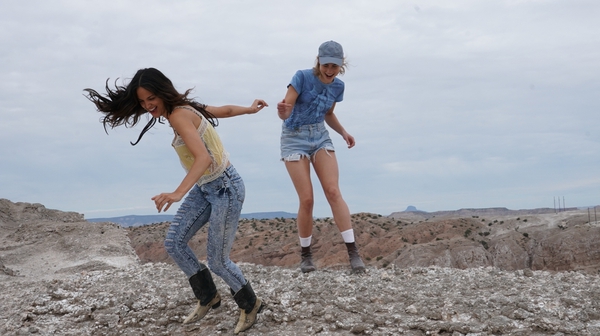