The Laureate for Irish Fiction, Sebastian Barry, hosts a series of brief conversations with fellow writers asking: what is writing? What is its purpose and mystery beyond the pragmatic notions of academia and journalism?

In the first conversation, he speaks with internationally acclaimed author John Boyne.

John Boyne was born in Dublin where he lives and works. He has published eleven novels for adults, five for young readers and a collection of short stories. Perhaps best known for his 2006 multi-award-winning book The Boy in the Striped Pyjamas which was a New York Times no.1 Bestseller, John has been a judge on many Irish and International literary award panels. He has won three Irish Book Awards and a number of international literary awards including the Que Leer Award for Novel of the Year in Spain and the Gustav Heinemann Peace Prize in Germany. He was inducted into the Hennessy Literary ‘Hall of Fame’ in 2012.

This series will form part of a visual archive highlighting the golden age of writing in Ireland.

The Laureate for Irish Fiction is an initiative of the Arts Council, in partnership with University College Dublin and New York University. 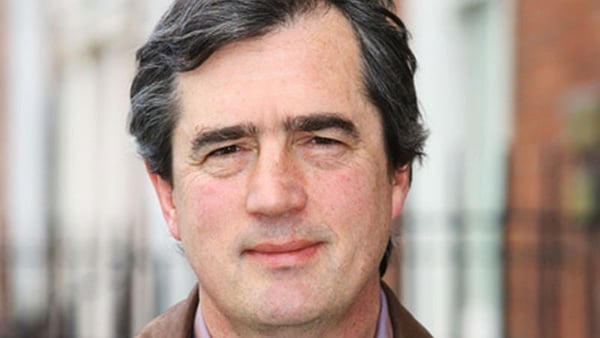