We sat down with comedian Joanne McNally to discuss her new tour Glee Bag, her debut Vicar Street gig and how she's enjoying life in London.

Joanne McNally is a whirlwind of activity. Within a dramatically short space of time; the comedian has battled bulimia, contacted her birth parents, discovered a career in comedy, co-hosted a comedy show, co-written a show with PJ Gallagher and developed a documentary about motherhood.

Now, she plans to take on Vicar Street with her debut solo show, Gleebag.

In 2012, McNally was working as a copywriter at a trendy PR company in Dublin's city centre. Soon after, she left the job in order to seek treatment for her eating disorder, a decision that would haphazardly lead her to a new career in comedy.

And while her success has undoubtedly grown from hard work and endless gigs, the unexpected nature of her career has left the comedian with a touch of imposter syndrome.

"Sometimes I get freaked out when I think how closely this might never have happened. It was such a thing of luck and timing. I didn't pursue it myself which freaks me out because, now that I'm doing it, I can't imagine doing anything else. I love it so much and I love performing."

"I wish I could have pursued it myself because then I wouldn't have this weird imposter syndrome at times, thinking 'well this wasn't my idea', and if I had done it myself then I would be more confident in where I am and have more of a right to be here."

In 2014, with just a year of comedy under her belt, McNally co-hosted RTÉ2's Republic of Telly, and co-wrote Separated at Birth: The Lighter Side of Adoption by Two Comedy Orphans with PJ Gallagher.

This was quickly followed by her one-woman autobiographical show Bite Me, which was nominated for multiple Dublin Fringe Festival awards.

Despite climbing the comedy ladder in such a short amount of time, McNally refuses to slow down. As well as gigging across Ireland, the stand-up has now moved to London to pursue opportunities in the U.K. where, just last month, she recorded her first-ever panel show on BBC One's Blame Game.

"The amazing thing about London is that, when I'm not gigging, I can go and see other shows. People come from all over the world to go to London to do comedy. It's a massive hub for stand-up comedy like L.A. or New York."

Recently, Joanne developed and presented a documentary for TV3 called Baby Hater where she admitted to being "80% certain" that she doesn’t want to have children. The silence of her biological clock sparked many a debate on Twitter but, ultimately, the comedian says that she still has no interest in pursuing a family - for now at least.

"I'm not married, I don't have any kids and I feel like I have some slight arrested development because I was sick for a long time and in hospital for a while so I feel like those years... I don't feel thirty-five.

On the 26th of April, 2019, Joanne will debut her solo headline show Gleebag at Vicar Street, and while she is more than confident in her ability to work the room, she does have some reservations about the doormen.

"Vicar Street is a very clear goal. If you're at a stage that you can do a Vicar Street and sell a Vicar Street then you've moved into another level of comedy. That's what it means to comedians."

"And I'm hoping that this time the lads on the door don't ask me for my ticket," she laughed.

Tickets for Gleebag are on sale now 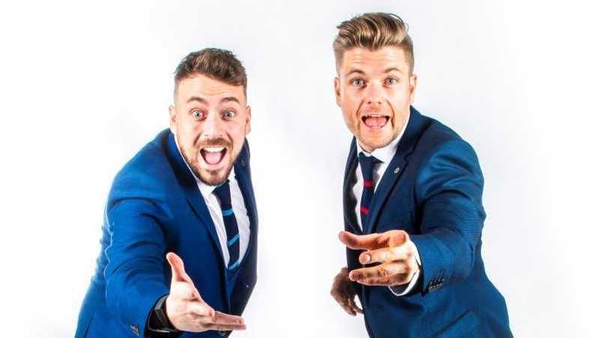