First Fortnight Preview: IF is an installation created by Scottish artist Angela Alexander-Lloyd in memory of a young, close friend who tragically took his life following a long period of struggling with mental illness.

Ahead of its staging at this January’s First Fortnight European Mental Health Arts and Culture festival, she outlines the rationale behind this piece...

The moment you hear the devastating news that someone close has suddenly died, stays with you forever. The shock of the unexpected news, punctures through the everyday and etches a clear horrific memory of incomprehensible devastation.

When he died at the age of 19, I was with my two sons who were of a similar age and who had grown up with him. I clearly remember my eldest inconsolably repeating: "I could have done something". We had all been aware of his struggles but had failed to realise the significance and deterioration of his mental health. The funeral was traumatic, the nature of his death, the feeling of the senseless loss of such a young life and the horrific realisation that he was gone.

During this time I was in the third year of my fine art degree at university. In an attempt to answer some of the "Whys?" I began researching mental health-related deaths.

There are a substantial number of studies and statistics all of which revealed escalating levels of severe mental illness worldwide and that associated suicides are one of the leading causes of death amongst men.

In addition, the rise in the sense of personal isolation as a result of the changes to contemporary lifestyles has been closely associated with the increase in mental health illness.

I also learned that recovery from the loss of a loved one from suicide can be profoundly complicated by societal stigmas and alienation. The sense of shame, guilt and unresolvable questions can be so intense that it is common for those bereaved to become mentally ill themselves.

Moved by these factors, and a wish to create work to honour my dear friend, I created the installation If.

The ability to process my feelings and thoughts through the research, and then the ultimate making of this installation, undoubtedly helped me with my own grieving process. It is my hope that this helps others.

The work is comprised of over 100 vintage handkerchiefs, hand typed with thoughts of loss and regret and backlit with small battery candles.

Anyone visiting the installation is invited to take away any of the handkerchiefs that resonate with the experiences they themselves have had following the loss of someone close. The sharing of the experience of pain and loss is a central premise to the work, as well as the hope of raising awareness and debate of the alarming levels of both depression and suicide.

The ability to process my feelings and thoughts through the research, and then the ultimate making of this installation, undoubtedly helped me with my own grieving process. It is my hope that this helps others.

When exhibited in other locations there has been a strong emotional response, and I have had the privilege of hearing other people’s stories of loss.

It is always such an honour to be given the opportunity to exhibit this piece, and in doing so keeps the memory of my dear friend very much alive.

If by Angela Alexander-Lloyd will be exhibited at the Amphitheatre, Dublin City Council Civic Offices, Wood Quay, Dublin as part of the First Fortnight European Mental Health Arts and Culture festival - find out more here. 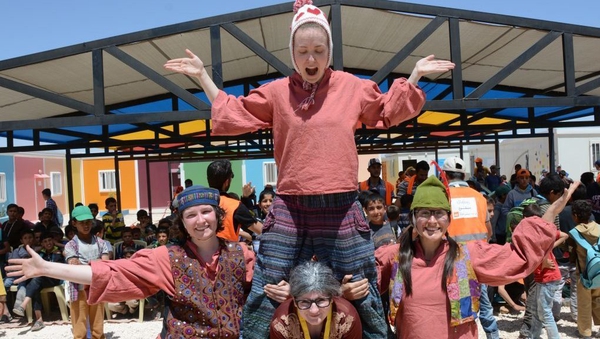