We're delighted to present an extract from Notes from a Lost Tribe: The Poor Ould Fellas by Declan Lynch and Arthur Mathews (published by Hachette Ireland).

Since Declan Lynch and Arthur Mathews first shone a light into this darkest corner of the darkest living room in all of Ireland over a decade ago, things have actually got worse for that almost-forgotten species we call the Poor Ould Fellas - impossible though it seems. Further confined to their unhappy dwelling places by the drink-driving laws, a new range of challenges have emerged...

A WORLD FULL OF NO

The poor ould fellas are vaguely aware that there is a debate going on in the outside world about this thing called the Internet, with considerable concern being expressed about the manifold problems it is creating and its potential to bring most forms of civilised life on earth to a close.

They hear voices on the wireless speaking of things that they do not understand, and yet they can pick up the gist of what they are saying – that most people in that outside world are now hopelessly addicted to this Internet, and that they would very much like to break that addiction, but fear that if they do, they would have no idea how to go on living.

All told, from what they can gather, the poor ould fellas are somewhat relieved that they have dodged this particular bullet. They can hardly believe it actually, given that they have been shot full of holes, as it were, in every other engagement with the enemy, which is everywhere.

Imagine their surprise then, that as they strain their poor ould ears to catch another of these radio discussions on the massively destructive force that is the World Wide Web, they find that they are being encouraged by their "carers" to learn how to use it, to sign up for it, to get involved.

How strange, they think to themselves, that they have been perhaps the only people on earth to avoid this plague, yet now they are being encouraged to sign up for a dose of it, by those who by their own admission are googling their lives away.

Aye that’s a good one, that’s a funny thing – or at least it would be, if the poor ould fellas could allow themselves a laugh at these little ironies which they are always encountering. Indeed if it was happening to someone else, and not to them, they really would be seeing all the humour inherent in it, and appreciating it in all its cosmic absurdity.

Alas it is happening to them, the way that everything else happens to them, whether they like it or not. Usually it is some otherwise well-intentioned person from the social services who is trying to lead them down the information superhighway, dragging them out of their homes and into a mini-

bus filled with other poor ould fellas, bound for the Community Hall and a grand old session about how this Internet can change their lives.

Immediately we can see the tragic flaw here, the belief that these men might have the remotest interest in changing their lives in such ways, in learning how to live like the modern lads.

They do have some inkling of how the modern lads are living, how they are always on the Internet in what used to be a cosy lounge, but is now a Sports Bar with forty big screens showing top Premier League action and a sign that says Wi-Fi Available. A sign that tells the poor ould fellas that they obviously have no idea what Wi-Fi is, they know only that it is not for them.

It is for the modern lads, who use these new words which are mostly incomprehensible to anyone born before 1950, some of which lodge themselves anyway even in the most elderly of minds.

They hear a lot of this muttering about the "apps", and they understand that there is an app for almost everything that the human heart desires, which makes the poor ould fellas wonder if there might be an app that would bring Johnny McEvoy onto the telly some afternoon, singing "The Boston Burglar".

Would there be any chance at all of finding that one in the App Store? Are you telling us there wouldn’t? No Johnny McEvoy in the afternoon on RTE singing "The Boston Burglar" app? Oh, what a surprise that is.

That would be another No, then, in this world full of No.

As for the one other app that they need most desperately, the app that could bring them in out of the cold and the rain to enjoy a relaxing smoke along with their glass of stout in what used to be a cosy bar, that is an app so unattainable, you might as well be talking about an app that would send you flying in your own custom-built rocketship to the dark side of the moon.

But not to worry, there are these enthusiastic young social workers taking that mini-bus load of poor ould fellas to the Community Hall to talk to them about things like "social media", which, they explain, can compensate in many ways for not having a social life, as such. Or indeed any kind of life.

Other words from the new lexicon of cyberspace dance across their minds, and then keep on dancing, until they are there no more.

"Facebook" comes up a number of times. This otherwise helpful individual is trying to explain what Facebook is, to these men who have been around roughly since the time of Christ, and therefore would have a limited appetite for "friending" or "unfriending" others of their ilk, or anyone else for that matter.

Certainly the modern world has "unfriended" them in a major way, but they have no desire to reciprocate, no desire to be "reaching out" either, and absolutely no idea what is meant by a "status update".

They have no status. 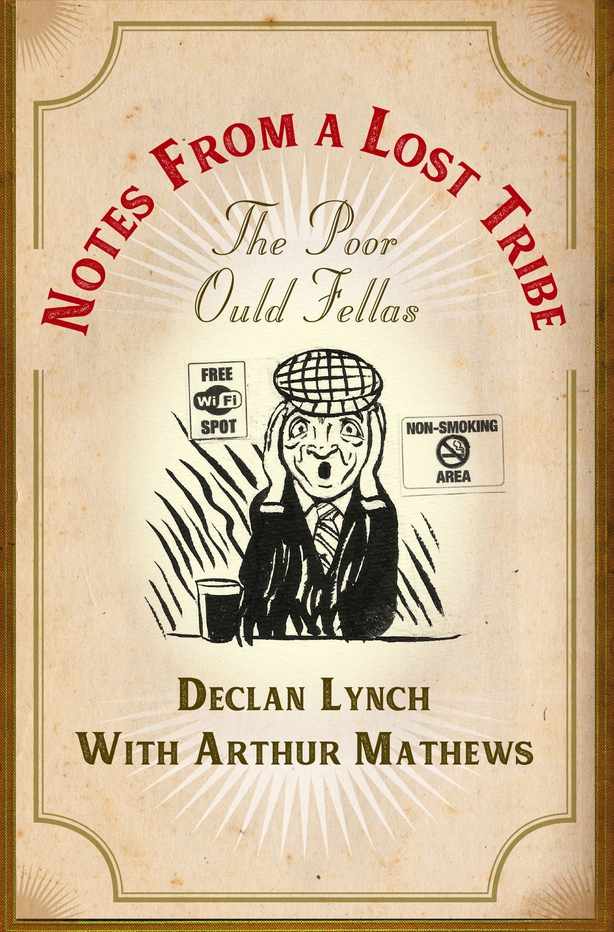 Notes from a Lost Tribe: The Poor Ould Fellas by Declan Lynch and Arthur Matthews (published by Hachette Ireland) is out now. 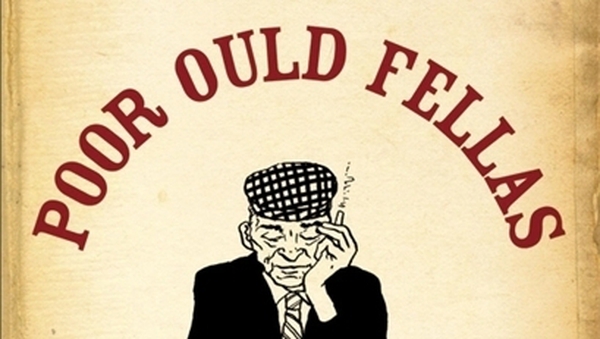 Arthur Mathews and Declan Lynch on The Poor Ould Fellas