Northern Heist is the debut novel from Richard O’Rawe, author of the non-fiction bestsellers Blanketmen and In the Name of the Son - The Gerry Conlon Story.

Loosely based on the 2004 multi-million pound robbery of the Northern Bank in Belfast - which nearly brought down the peace process - O’Rawe’s novel sees the fictional thieves caught between the former Provisionals on one side and the police on the other. Both groups suspicious of what was planned. In this extract, the initial phase of the plan is executed with the kidnapping of a young bank official at his family home.

Read an exclusive extract below...

Declan looks down coldly at Billy. ‘I said, sit.’

‘Jesus, I hate crying women,’ Billy says disparagingly, as he takes a packet of tissues from the inside pocket of his coat and hands them over to Colette. While Colette sniffs into a tissue, Billy says, ‘Okay, folks. Here’s the deal. If you all do what you’re told, we’ll sail through this. If you don’t, you’ll end up with a black bow tied to your front door.End of speech. Have any of you trouble with your hearing?’

Billy looks at each family member individually and they all shake their heads. As if reminding Billy that he is not in control of everything, rain and a vicious gust of wind rattle the window. ‘A bitter night,’ Billy says. ‘Phew. You’ve no idea what a day I’ve had, Alec. I’ll be glad to see the back of it, I swear.’ He yawns again, his mouth a gaping hole. ‘So, how’s it going, Alec?’

Alec is in no mood for merry banter  and  does  notanswer. ‘You know,’ Billy adds, ‘I’ve been looking forwardto meeting

you for quite a while now. You appreciate what’s going on here, don’t you?’

‘I know it’s sheer folly to be impolite to a gunman.’

Billy smiles.‘Folly … I like that word. Very well put, if I may say so. Now, about you: Alexander Ciaran Butler,born 12 December 1944; father’s name, Alexander Patrick Butler; mother’s maiden name, Bernadette PatriciaMillar. You married Colette Duffy on Saturday, 17 May 1969. You had your wedding reception in the West Belfast Social Club on the Falls Road. You both lived with Colette’s parents before getting your own house in Beechmount Avenue. Like your father, Alec, you were a deep-sea docker until decasualisation in 1970. Afterbeing made redundant at the docks, you worked at Corry’s timber yard  on  the  Springfield Road until—’

‘So you know me,’ Alec says. ‘What do I say I called you when I’m being questioned by the police?

Billy’s hand caresses the butt of his gun. ‘What makes you think you’ll be around to talk to the police?’

Alec puts up an appealing hand. ‘Hold on, fella. I wasn’t trying to insult you.’

‘It sounded like it to me,’ Billy says. He runs his tongue around the outside of his teeth. ‘What about Mister X?That sounds good, doesn’t it?’

‘The mysterious, macabre Mister X,’ Billy says. ‘I like that. It has a bit of the Hitchcock about it, don’t youthink?’

Alec looks at his son. Their eyes connect, each know intuitively what the other is thinking: These are dangerous criminals. Whatever happens, let’s not wind them up. ‘I want this to be as painless as possible,’ Alec says.

‘Ditto,’ Billy says, putting out his hand to Alec.

Alec hesitates, staring at the hand as if it was covered in warts. Alec’s gaze turns to Billy. It is then that he  beholds  the  dark  matter in Billy’s eyes: the ruthlessness; the potential for unlimited violence. Alec judges that this man would have no hesitation in killing his family, if he thought it necessary. He takes Billy’s hand and shakesit.

‘A strong handshake, Alec,’ Billy says. ‘I like that. I said you’d be a reasonable man. I told them all. Everybody’s going to come out of this hunky-dory. I can feel it. Can’t you feel it, Dec?’

Billy slaps Declan’s leg. ‘For Christ’s sake, cheer up, man.Anyone would think you were about to have a root canal.’

Declan wishes that a root canal was the sum of his troubles.

‘Kate,’ Alec says wryly, ‘put on the kettle for our guests. Mister X, what do you like? Biscuits, buns, a few sandwiches?’

‘We’re okay, thanks,’ Billy says. ‘We’ve brought our own cups and tea.’

Alec looks at him. ‘Forensics?’

‘Something like that. You guys act as if we’re not here. Dec, we need to talk.’

Colette Butler gets up from her chair and touches Billy’s arm as he leads Declan from the room. ‘You’re not going to hurt my son, are you? You don’t look like a murderer.’

Billy rubs the top of Colette’s head and smiles. She turns to her son and wags her finger in his face. ‘Declan, you do what these gentlemen tell you. Do you hear me? This is about money – but it’s not your money.’ 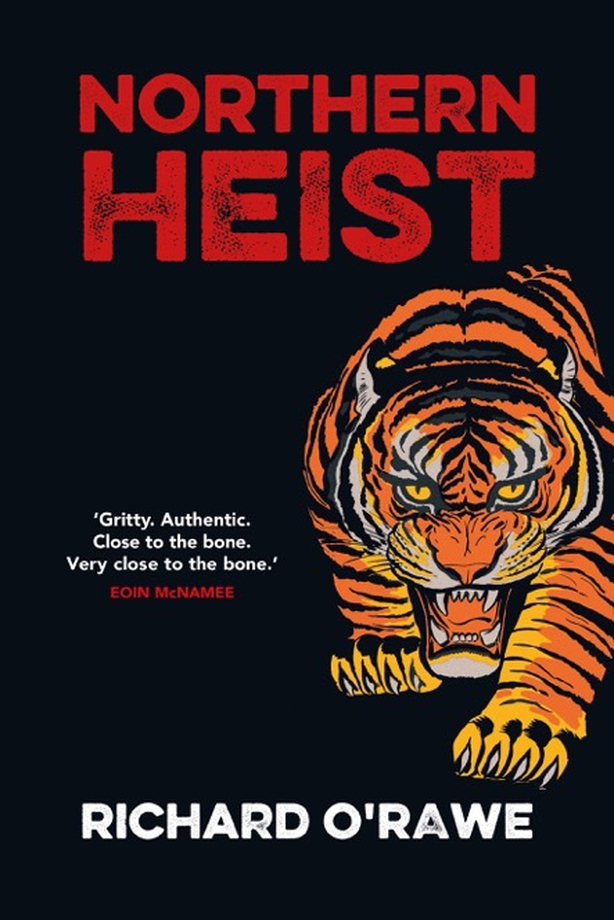