Despite winning the Eurovision in 1995, selling millions of albums worldwide and working with some of the biggest names in the business, one half of Irish/Norwegian instrumental duo Secret Garden, Fionnuala Sherry, suffers from crippling stage fright.

"If I could strip naked and run out in front of everybody, I would feel better than what I’m about to go on and do - it’s terrifying. The responsibility of a whole night’s entertainment is on your shoulders… At that moment, I would swap places with anybody."

Fionnuala has tried many methods to fight the nerves including but not limited to hypnosis, psychology, therapy, acupuncture and mindfulness but she’s still looking for the answer.  She says she has learned to not to fight the nerves anymore but to accept them as part of the process and to embrace the fact that they help her to prepare for each performance:

"That goes back to the training, the work and the preparation you do at home, and my routine and my sense of preparedness is so strong for concerts and tours.  I know every second of the show, what’s going to happen and that’s because nothing is taken for granted so it means that my performance is better, I’m a better player - so you never get a lacklustre performance."

Fionnuala’s commitment to her art is anything but lacklustre.  She has combated adversity in the form of horrific breaks of both of her arms and her shoulder and has come back from terrible injury not once but twice.  The first was as a result of a dramatic tumble down a spiral staircase, and the second was an unfortunate trip when she was walking her dog that resulted in her breaking five bones in her right arm and her left elbow.  She has worked hard with a team of people to get her back to her performing peak and although she has had to change the way she plays, she doesn’t feel like her technique suffers.

"I just had to relearn how to play. I think I’m a changed player. Here’s the thing: if I was less of a player I would give up because I would not be able to stand behind any recordings… I feel some of my best performances have been since these last two breaks because, you know, something happens. It makes you, in a way (liberated) because it was another something happening to take this away from me - and then I get it back - and the determination to get it back, and the people that worked with me… Everybody was just incredible." 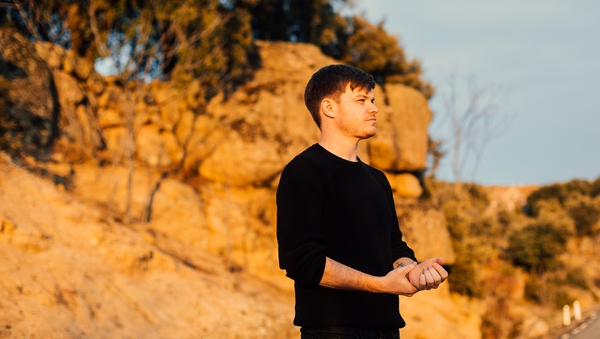 Daithi gets personal - making music from loss and recovery Music