From street artist to rock star to Kickstarter and TedTalk legend, Amanda Palmer has done it all and she has done it her way.

She’s in Dublin for the International Literature Festival and spoke to Sean Rocks on Arena about the winding road that brought her this far.

"I was a street performer. I was actually one of those people that you walk by in the street who is standing still, painted up with a hat at my feet collecting coins. That was how I made my money for about 5 years… By the time I fully transitioned into making a living as a musician, I felt like I had taken the philosophy of street performing into the music industry with me and it actually caused some problems… When you’re a busker, you have a different idea of what it means to have a relationship with the public, than someone who just goes through music school and gets plonked down on the stage."

This understanding stood Amanda in good stead in her career as a musician but it resulted in her ultimate split from her record label.

"Sometimes the music industry seemed to go out of its way to put static and interference between the artist and the audience and I just always thought that it was bananas. I always thought that the point of making music and making art was so you could have this super deep visceral connection with the person you are singing to so I was really confused when I got onto a major label, and saw all of these people running around me trying their very best to separate me from the audience."

Sean asked Amanda about her brazenly titled new song, Mr Weinstein Will See You Now, for which actress Rose McGowan, one of the first women to speak out about Harvey Weinstein, gave her blessing.

"A feminist journalist friend of mine wrote to me and said, ooh, you need to be really careful using a title like that, you know, this isn’t your story Amanda, you might be really offending the women who actually experienced sexual assault at the hands of Harvey Weinstein, watch it - and so I wrote some texts back and forth with her and I said, you know, it seems like the best way to fix this is just to send it to Rose McGowan... Rose said 'I totally give you my blessing to use that as a title, that’s a really powerful song.'"

Amanda is appearing at the National Concert Hall in Dublin on Monday May 28th, and is speaking at the International Literature Festival on May 26th. Click here to listen to Arena. 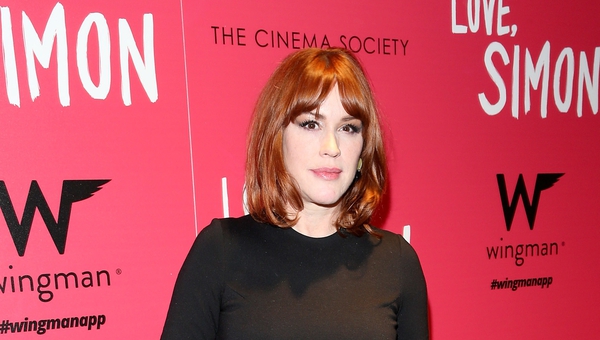