Acclaimed author Danielle McLaughlin writes for Culture about her new Drama On One play, The Art Of Footbinding, which airs on RTÉ Radio One on Sunday, May 27th at 9pm. You can listen to the play in full above.

Some years ago an image popped into my head of two teenage Irish girls hanging out near a river, binding their feet. I was gripped by how strange the image was, how incongruous: two contemporary young Irish girls attempting to teach themselves this ancient Chinese practice.

I was also saddened, and exasperated, by their willingness to inflict pain on themselves in an effort to make themselves smaller. It made me think about the historical context to the struggles faced by women, how history repeats itself under various guises.

The Art of Foot-Binding is, among other things, about female silence, about how the practice of silence may be passed down from one generation to the next.

My writing process is long and messy and tangled. I might work, longhand, in notebooks for weeks or even months, before I reach a stage where I transfer anything to computer. In the early stages of a story things are stewing in my subconscious and I find the computer too ordered for that part of the process. I began working on the untidy jumble of material which would become The Art of Foot-Binding in early 2013. Savita Halappanavar was on my mind a lot at that time, and I was also thinking about the Magdalen laundries, and about how our society treats women. That initial muddle of material split into a number of different stories, one of which is also included in my collection, while a third story was published elsewhere.

The Art of Foot-Binding is, among other things, about female silence, about how the practice of silence may be passed down from one generation to the next. It’s about failures of understanding, failures of communication. Reading back over some of the earliest drafts, I see that initially I had Janice experiencing an unplanned pregnancy and attempting to figure out if she could confide in someone. ‘She knew Kay better than she knew any of the other mothers, but she wondered now if this was enough. They wove conversations from the common threads of children and parish but they did not venture into deeper water… This was all she knew of Kay: this short, choreographed stretch of school committees and coffees and occasional evenings on the decking. She knew nothing of the rest of Kay’s life, what currents ran there, what weeds lined the bank.’ Janice, I realise now, was as isolated in my earliest versions, as she would remain at the end. Once I decided that Janice wasn’t pregnant, that part of the material formed itself into another story, Silhouette, published in my collection Dinosaurs on Other Planets.

My writing process is long and messy and tangled. I might work, longhand, in notebooks for weeks or even months, before I reach a stage where I transfer anything to computer.

As well as exploring what women put up with, I also wanted to explore what happens when women let other women down, or don’t support each other. I think women are, mostly, supportive of other women, but then characters being kind to one another doesn’t provide the richest pickings for fiction. The mother-daughter relationship in this story is a very difficult one. Ms. Matthews, the young teacher is trying to help. She’s doing her best, but she’s naïve and inexperienced. She sees the oppression of women as something that’s confined to history books. ‘Oblivious’ is the word Janice uses about her, but then Janice is in a dark place. She thinks of Ms. Matthews as an enemy, when really she’d be better off seeing her as a friend.

Drama On One: The Art Of Foot-Binding, RTÉ Radio 1, Sunday May 27th at 8pm - listen to more plays from the Drama On One archives here. 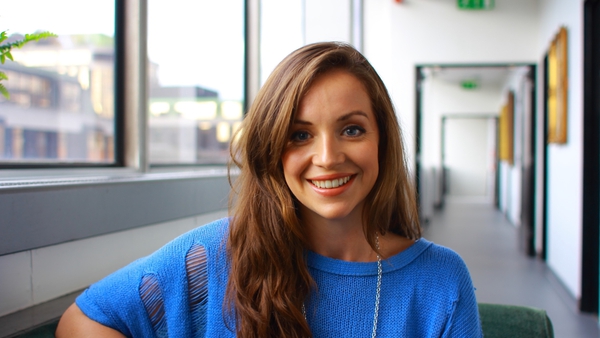 Boxing clever - Liz Fitzgibbon on her Drama On One play