With summer stretching out tantalisingly in front of us, it's not just music fans who'll have calendars with dates circled in red over the course of the next few months.

As always, there are a number of exciting arts festivals offering the best of theatre, visual art, performance and family fun taking place around Ireland from now until September – and we've highlighted the biggest and best of them below.

Taking place in the town of Killorglin, Co. Kerry, this small-but-perfectly-formed festival offers film screenings (including the eminently-watchable The Room), a gallery trail, printmaking workshops for kids and adults, poetry readings, music events (including a DJ battle) and spoken word on its eclectic programme.

With its Festival HQ in the beautiful setting of Carlow College, this year's Carlow Arts programme brings music, theatre, film, dance, art and so much more into the midlands town.

There are several free and pick-your-own-price events to make it accessible to all, and highlights of the programme include Michael Patrick & Oisin Kearney's darkly humorous play My Left Nut, the family-friendly Outdoor Cinema event and a 'wildly energetic performance and DJ set' from Belgian dance company Atomic 3001, which will kick things off on June 6th.

Part-literary festival, part-arts festival, the Festival of Writing and Ideas does exactly what it says on the tin.

The annual celebration of all things Joyce and Ulysses returns to Dublin once again, with six days of events planned around (and leading up to) B-Day, June 16th.

This year's programme includes productions of the plays Molly (at Bewley's Cafe Theatre) and Dermot Bolger's acclaimed adaptation of Ulysees (at the Abbey Theatre), walking tours, a Joycean pub crawl, events at the James Joyce Museum in Sandycove and various whiskey and food-related tours. Best book soon, though, as many events are already sold out.

Ten days of midsummer magic at one of Ireland's best arts festivals? We're sold – and so will you be, once you've seen the programme.

Highlights include the world premiere of the theatrical production of Louise O'Neill's novel Asking for It, a new commission called In Clouds that sees composer Michael Gallen and artist Peter Power collaborating, live performances from Hauschka, Camille O'Sullivan and Little Green Cars, and a powerful photo exhibition called 'Women of the Factories'.

There are numerous workshops and kid-focused events, too – including a DJ set for the little 'uns, courtesy of the legendary Donal Dineen. That's just the tip of the iceberg...

Sligo will come to life this July when the Cairde festival rolls into town – bringing with it an array of music, theatre, spoken word, dance, poetry trails, family events, visual art and more.

That includes the addition of The Big Top, which will host circus, street theatre and cabaret performances as well as clowning and circus workshops for children, with performances by Tumble Circus, Lords of Strut and more.

The full programme has yet TBA, but you can expect music from the likes of Flook, Jerry Creedon Trio, Katie Laffan,  New Jackson & Margie Lewis and more, and children's theatre company This Egg's performance of Me and My Bee.

You may already have heard about the formidable musical line-up for this year's GIAF, which includes everybody from Madness to The Flaming Lips, but the rest of the programme is equally impressive.

The theatre strand alone will host six world premieres and five Irish premieres of works including Paul Muldoon's Incantata, Edinburgh Festival hit Flight and a new theatre installation by Enda Walsh; there are also two new plays from Druid in the mix, as well as a collaboration between the festival and Irish National Opera of Gluck's Orfeo ed Euridice.

That's without getting into the various art installations around the city, which include Museum of the Moon and Birdmen, or the various exhibitions at the Festival Gallery including works by Jennifer Cunningham and Deirdre O'Mahony, or the series of First Thought Talks launched by President Michael D. Higgins. With much, much more on the bill, you're spoilt for choice.

The Marble City is no stranger to the odd festival, but the programme for their Arts Festival knocks it out of the park, year after year.

Amongst the first announcements for this year's event are a number of musical performances under their Brahms in the Afternoon and Later Beethoven banners, Stephen Rea performing Derek Mahon's play New York Time, Rough Magic's production of Shakespeare's A Midsummer Night's Dream and the first Irish production of Monteverdi's The Return of Ulysses, with more to be announced soon.

Carrickmacross Arts Festival – August 23rd-26th
Ireland's 'biggest small festival' celebrates its fifth birthday this year, and they're planning on it being their most exciting yet.

There'll be music from the likes of Ham Sandwich, Kila and Heroes in Hiding, comedy, workshops, an open-air cinema, live drama, street theatre, lunchtime buskers, poetry, a pop-up Gaeltacht and much more transforming the Co. Monaghan town. Sure, where else would you get it?

One of Ireland's longest-running and most eclectic arts festivals, this year marks thirty years since Earagail first took place in towns and villages across Donegal.

This year will see performances by Songhoy Blues, The California Feetwarmers and local lasses The Henry Girls, who will be performing workshops in their native Inishowen. Expect the usual array of theatre, parades, street performances, film and other cultural events to boot.

Taking culture out into the streets of Waterford City is Spraoi's goal – and one at which they've emphatically succeeded in recent years. You can expect more music, street arts, and celebrations – including the famous Spraoi parade – when the full programme is announced in the coming weeks.

The beautiful Connemara town of Clifden is always worth a visit, and never more so than during its famed Arts Festival.

Dublin Fringe is always a nice way to round off a summer of cultural adventures and this year is already shaping up to be a similarly compelling blow out.

The first DFF announcement is a big one: Canadian electronic musician and performance artist Peaches' re-telling of Jesus Christ Superstar (dubbed Peaches Christ Superstar, of course), but you can expect a spate of similarly engaging, intriguing and provocative acts and shows when the full programme is announced in due course. 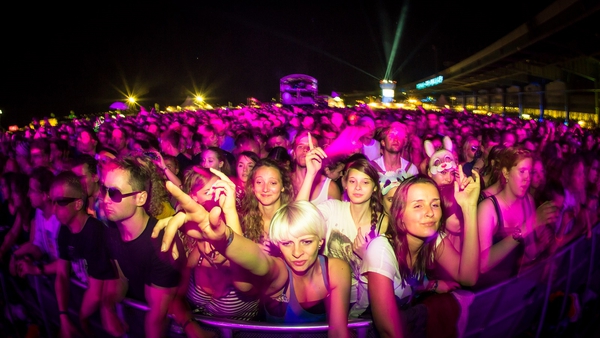