"This ain’t a track, it’s a movement" – Let’s Push Things Forward, The Streets

In 2011, after five albums, Mike Skinner announced that The Streets was over. In the aftermath, he began The D.O.T. - a collaborative project with The Music’s Rob Harvey, developed a supergroup Tonga Balloon Gang, who DJ their own brand of ‘Tonga’ parties, released work under the moniker The Darker the Shadow, the Brighter the Light, as well as continuing to support the underground, releasing others’ work on his label, remixing, and producing, directing music videos, commercials, and hosting a podcast. He once joked that he’d have "no-one likes a polymath" on his gravestone, but he has evolved into one.

Skinner credits Dizzee Rascal revisiting Boy in Da Corner live in 2016, for making him consider a revival of The Streets. Dizzee had said to the audience "I know this means a lot to you" – acknowledging that while he has moved on, it can be important to revisit and celebrate the past, and the work that made so much else possible.

Skinner’s decision to retire The Streets was partly because he was exhausted, as he has previously said, "Whatever that bit of your brain is that works out what the most important word of the sentence is, and has to make it rhyme, it was really tired." But last year, something shifted; he had a "weird sensation that it was ready to go."

He had also stopped The Streets to make a film, which, interestingly, is another reason why he began again, to focus a little attention on The Darker the Shadow, the Brighter the Light, a "Streets musical" that he has been working on for some time, "a farce about guys and girls getting into trouble" in a club. He has described it as "a Streets musical, like Casablanca", expanding that he likes his characters to say "the things that they thought of when they are walking home from a terrible argument". That "stories aren’t reality, they’re an exercise for the mind."

However, the power of The Streets is that Skinner has always woven his stories from a relatable reality, and while they are an "exercise for the mind", they are much more, and impacted the British garage and hip-hop scene, in a most incendiary way. When the label Locked On released Has it Come to This? in 2001, it signalled that, as he later sang in Let’s Push Things Forward, ‘this ain’t a track, it’s a movement’, a grandiose statement which he backed up with a singular talent.

A talent that was fully realised in his debut Original Pirate Material, which matched intricate songwriting with incisive, immediate, and exciting production, and helped to redefine the sound of British garage and hip-hop in the early 2000’s, harnessing the vitality of the underground scene, with a poetic flourish; folding in city adventures, dancing around in Reebok Classics, navigating break-ups, breakdowns, evening raves, and morning afters, chanced missed, and dreams for more. The Streets became the soundtrack to a whole generation, tapping in to a youth culture that had not necessarily been neglected, but not as richly represented.

Original Pirate Material opens up with Turn the Page, opening up an era. The emotional pull of the strings contextualises a record that encompassed so much of

the best of British rave and soundsystem culture with the remainder of the record drawing from jungle, reggae, garage, hip-hop, and dancehall, but rendered in Skinner’s own vision, with his witty Brummie-meets-Brixton delivery another potent force.

In Weak Become Heroes (from Original Pirate Material), he talks of the shoulders he stands on, of those that have gone before, ‘Out of respect for Johnny Walker, Paul Oakenfold/ Nicky Holloway, Danny Rampling and all the people who gave us these times, / And to the government, I stick my middle finger up/ With regards to the Criminal Justice Bill/ For all the heroes I met along the way/ (We all sing, we all sing, think)’, threading the DJ’s, producers, and audiences together, as part of one community, with the song containing a reflection on the punitive law that was the Criminal Justice and Public Order Act of 1994. The Act essentially sought to shut down rave culture, and more generally, a youth culture that the government and mainstream couldn’t, and would not seek to, understand.

Around that time, the bill had already galvanised artists to respond; from Autechre, with their Anti EP, to Orbital with their We Are Here EP. Skinner’s work came later, as a timely reminder of what remains vital to protect, important to maintain, and necessary to evolve.

Just as Autechre might have influenced The Streets, The Streets’ influence and legacy is felt all around, in aspects of the grime scene, but also someone like Erol Alkan, whose composition A Hold on Love, was released in 2013, and, accompanied by a particularly evocative video by Daniel Brereton, it is a nostalgic love-letter to rave culture; the connections made, and possibilities felt. There is, however, an inherent poignant sadness, because, while exciting things are constantly happening in music, there was something particularly special about rave culture, and that sense of universe-building, which was underscored by The Streets first record, and subsequent four, with Skinner’s voice a unifying one in an increasingly fragmentary world.

Skinner’s return to The Streets means a return to live shows, including time at Dublin’s Olympia Theatre - the result was thrilling, playful, and moving. There were two stage dives, a heartfelt and witty delivery from Skinner, accompanied by a band that were just as immersed and engaged as their bandleader and audience. From Let’s Push Things Forward to It’s Too Late, Dry Your Eyes, Everything is Borrowed, and Weak Become Heroes, and with every song being sung back to him, Skinner looked renewed.

Over the years he has talked about things that have "really haunted" him; clinical depression, M.E., and "self-destructive" tendencies, but he keeps returning to the heart of The Streets, finding adventure and beauty in the everyday. It connects him with a community that are often battling these things too. And while Skinner has evolved into an accidental hero, we need him now, more than ever. 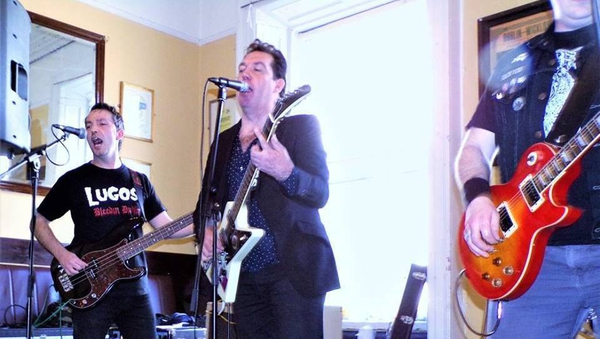 Why Baggot Street is rocking again - do the Social Music

Straight Outta Ghent - why Belgium is having a hip-hop moment