Imelda May will Rock Against Homelessness along with a host of big names on  Sunday May 13th in Dublin’s Olympia Theatre.

Acts will be joined on stage by the High Hopes choir, which is comprised of people who were all homeless but have since found accommodation. Ahead of the gig, she joined Marian Finucane to talk Brexit, losing Trump supporters as fans and, of course, the homelessness crisis.

"I’ve had friends of mine that have been homeless, actually one of my guitarists was homeless for a while, and I made friends with a couple of homeless guys on the way to cafés that I worked in a long time ago, and I’d sit and have chats and bring out sandwiches and all the rest of it and find out who they are."

Imelda says that’s one of the most important things we can do for someone experiencing homelessness – "just go and talk to them like a person."

"Sit down and talk beside somebody, look them in the eye, because people, they’re humans and most of us are quite close to being homeless at any moment in time. It’s easier than you think… One thing for me that I was told by friends that I’d made that were homeless (was) that they’d got fed up with was people feeling they were doing good by handing them a sandwich or a cup of tea. They said they weren’t ungrateful, but it would be nice if somebody just asked them if they liked it. One guy Dave, he said, I hate tuna.  They keep giving me tuna sandwiches. He said, they’re wasting their money, they wasting their time, if they just asked me before they went in, and I thought, what a simple thing!"

Hardly a shrinking violet, Imelda recently caused a stir, wearing her heart on her sleeve, or rather, on her custom-made bag which she had designed in protest against the Trump administration’s dress code instructing female employees to "dress like a woman". She paired the clutch bearing the instruction with a tuxedo and said, "I think I looked my normal feminine self." Speaking out about equality, fairness and togetherness for all people regardless of race or creed sparked a series of walk-outs at some of her American gigs.

"Oh I lost lots of fans. I’m not a politician but I’m not quiet. If somebody asks me my opinion on something, I’ll say it. I don’t see why I shouldn’t. I’m entitled to an opinion, same as anybody else."

With fans such as Bob Dylan and Bono on her side, Imelda isn’t crying over spilled milk. "I don’t really mind because if you’re that way inclined, I don’t want you at my gigs anyway."

In terms of her own life and career, Imelda describes herself as "happily divorced, if that’s a term", writing poetry, writing music and enjoying being a mammy. She has ditched the rockabilly dresses for now and is taking time to re-evaluate her life and her idea of success.

"You’ve to figure out what your idea of success is first and then go for it and for me, just to be able to make music that I love and to make a living from it, that’s my idea of success. I don’t see the point otherwise.  There’s no point in aiming for a hit if your heart’s not in it."

Click here to listen to Imelda’s interview in full. 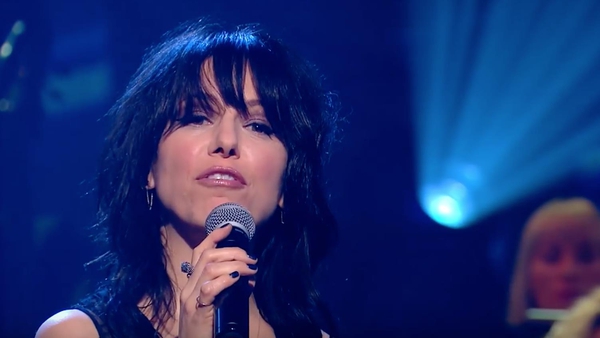